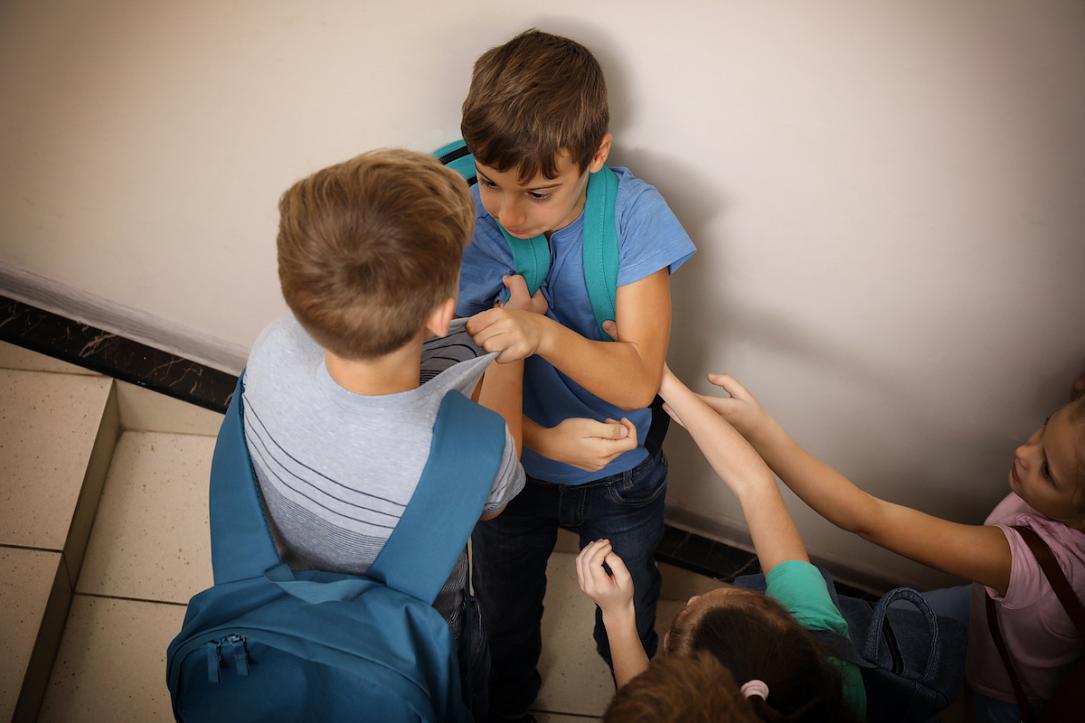 The Romanian Parliament has approved the anti-bullying law. How will we implement it? A look at how the strongest anti-bullying state in America, New Jersey, implements policies in public schools.

I spent the last four years of the decade I lived in America, in New Jersey. There are so many clichés about New Jersey that, in a casual conversation, it’s really hard to mention “the Garden state” as a leader in anything and not risk an abundance of “New Jersey jokes” coming at you from well-intended residents of the Tri-State area or even the East Coast, not just New Yorkers.

The reality is, New Jersey, the most densely populated state in the U.S., rocks from so many perspectives! New Yorkers know it and still choose to make fun of friendly and (seemingly) unresentful New Jerseyans whenever they have the chance…

America was the place anti-bullying, as a movement, was born. Throughout the 1990s, a number of shootings occurred in American schools that caused most states in the U.S. to carefully look at the mass shooting phenomenon, as it pertains to schools, and figure out what triggers them.  Research indicated bullying as one of the main culprits for the tragedies that occurred. It was determined that when students attack their classmates, their behavior stems from moments/incidents when they were mistreated and bullied by their peers.

The first American state to implement anti-bullying legislation was Georgia, in 1999. Montana was the last of the 50 to pass relevant legislation in 2015.

However, it was New Jersey, in 2002, that created a unique anti-bullying law, an extremely comprehensive package of policies meant to guide educators to handle incidents in their classroom. The New Jersey law also made it mandatory for educators to report incidents of harassment or bullying.

The law was refined throughout the years until it reached what is now called the New Jersey Anti-Bullying Bill of Rights Act, also known as P.L. 2010, Chapter 122.

Who created the new law? I’ll draw a parallel here between the initiating efforts that led to the creation of the Romanian Anti-Bullying Law and the New Jersey organizations that “put their heads together” to create the best piece of legislation in the United States.

Like everything else in Romania’s civil society (the business environment is an exception), individual initiative and the efforts of a small group are the foundation of social change. It starts with a few people with a vision, who understand a need.

In Romania’s case, two MPs from the Social Democratic Party (PSD – the ruling party), Andrei Pop and Petre Florin Manole, together with Asociatia Parintilor Isteti (Smart Parents Association) and the Itsy Bitsy Radio Station, were the originators of the project.

In New Jersey’s case, both Democratic and Republican legislators, organizations such as Garden State Equality, the Anti-Defamation League of New Jersey, and the New Jersey Coalition for Bullying Awareness and Prevention worked on creating this policy.

Defining (or re-defining) what constitutes bullying was one of the most important contributions brought by the New Jersey Anti-Bullying Bill of Rights. The definition describes bullying as a harmful action towards another student, but ALSO as any act that infringes on a student's rights at school.

One must know what students’ rights at school are. The bill also sets a reporting process in place, one that places reporting responsibility on the teachers/educators.

Every public school in NJ, including higher education institutions, report all cases of bullying to the state. Verbal reports must be given to principals on the day of an observed incident and a written report must be provided within two days. Families must be notified, and an investigation must take place within ten days of the incident. Schools must also have a plan that outlines how they will address bullying and all teachers and administrators must be trained to identify and respond to bullying.

That sounds really impressive…and let me tell you, as a parent whose child was in the NJ public school system for 4 years…the process happens exactly like it was described above.

Do not imagine that New Jersey (or American schools) have become places where children refrain themselves from being...children. Lesser versions of bullying, like making fun of a classmate, excluding someone from playing a game at recess, these things pertain to human nature and happen every day.

But the inclination to ridicule, to exclude, to humiliate, must be curbed. It doesn’t have to be done by policing…it can be done by promoting positive behavior and healthy relationships.

In my view, teaching Romanian children that respect for their peers is essential, is the number one challenge to overcome. “Misto-ul” (the colloquial Romanian word for making fun of someone), that behavior which seems “cool”, but is, in fact, hurtful, is a characteristic of our culture and society and has been for centuries. It became more accentuated in recent years, when societal values such as politeness and courtesy, respect for the educators and admiration for one’s intellectual, rather than material, accomplishments, turned upside down.

How do you teach and promote respect and kindness? In New Jersey, the Anti-Bullying law requires that every school have an anti-bullying specialist and a school safety team. These people’s jobs are to provide a safe and friendly environment for the students. The first week in October has been designated, state-wide, as the "Week of Respect". During this week, schools are asked to talk to students about intimidation and harassment to make them aware of the effects of bullying.

In the town I used to live in, in New Jersey, anti-bullying behavior was taught throughout the community. My Catholic church made a point in having Catechists talk about the signs and effects of bullying, and I, during the year I taught Religious Ed to 4thgraders, included several talks about it. Churches across town had special events for parents and children. The Public Library held numerous workshops. The Village Hall (Mayor’s office and various committees) organized informative events. Each public school in the village brought in speakers to help the children understand that: 1) you are NOT alone and you should never accept being bullied without telling an adult; 2) environments CAN be changed through the adoption of different behaviors.

The local karate schools were teaching children how to deal with bullying by TALKING to adults in their lives if they were subjected to emotional violence or extreme peer pressure.

It became an integral part of our community’s behavior and it taught us to keep an eye out for each other.

I hope all parts of the Romanian society will get involved in the implementation of the anti-bullying laws. It is NOT just the schools. It happens mostly in the school, and, when it does, it is a reflection of the lack of a healthy emotional and intellectual environment which gives birth to bullies.