Skip to main content
Profiles & Interviews
Brian Davies, BRCC chairman: ‘When friends ask me why do I go to Romania once a month, I say: to visit my money’ 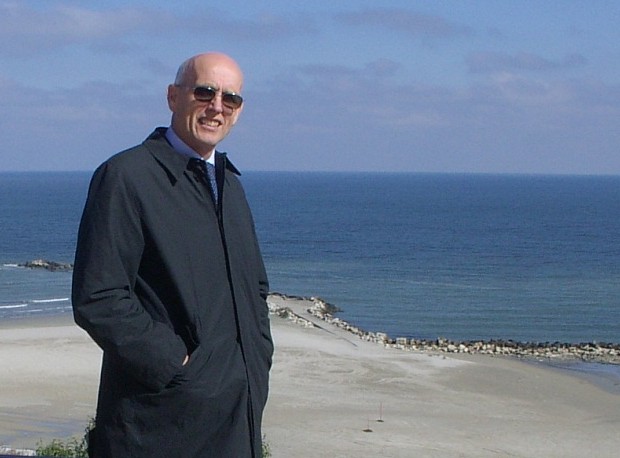 Brian Davies runs and owns part of a company which produces a simple, yet needed commodity: the plastic film wrap which holds together bottles and cans, the one that we all tear apart on the supermarket shelves to get the products we want. This is his day job, he likes to say as a joke to those who know him better as the chairman of the British Romanian Chamber of Commerce. He has talked to Romania Insider about how the company set up business in Romania back in the 90s and about the changes down the road ever since.

When Brian Davies first came to Romania, in 1996, “people were still looking down, there was a lot of gray, there was almost no color. The absence of things to cover basic necessities was quite evident,” he remembers.

Two years later, when he was recruiting a sales manager for the shrink firm business, which Sanders Polyfilms was planning to expand in the country, Brian Davies wanted to know if he could do business the Western way in the country and whether he would ever get his money back from this investment.

Years later, “when friends ask me why do I go to Romania once a month, I say: to visit my money,” he says laughing.

He has talked to business groups in the UK interested in investing in Romania and told them not to put their money here and leave them alone. “You have to go there and see what is going on,” he tells them.

And he has done so for the last ten years, coming to Romania at least once a month. It turns out it was possible to do business the Western way, although it took time for things to improve.

“As foreign investors were coming in, they were changing the business practices, the climate and the old methods. There was a lot of concern whether you would have to engage in practices you were not happy with, because obviously we would not do that. But since then it has constantly improved. And this has been one of the serious benefits of foreign direct investment,” says Davies. “Some people say: Is it good to have all of you business owned by foreigners? One of the benefits is that it does drive a cultural change and that has been for the good,” he goes on.

Has he recovered the money? Things didn't look too good in 1998, when there was almost no market for the plastic film wrap produced by Sanders Polyfilms.

“In 1998, we realized there was no market for our product, because the two market drivers for shrink films were PET bottles, and back then everything was sold in glass bottles, because nobody had made the investment, and supermarkets. In 1998 there were no supermarkets in Romania. There was a limited market, an embryonic one,” says Davies.

But over the last 10 years he has seen an explosion of supermarket investments and foreign investments of bottling and canning lines. “Now probably over half of the products are being wrapped, as they are sent to supermarkets.”

In Romania, Sanders Polyfilms runs through the Romfilm subsidiary and has a production facility in Arad. Most of the company's customers are multinational companies. “When we talked to them about the Eastern European business, they agreed to give us business but only if within three years we were to manufacture locally.” So they've started the local factory.

In 1996 when he arrived in Romania, the country was on an austerity budget. “We watched those years of austerity, which were quite tough for Romania. Life changed here as you came into the new millennium.”

But if he were to take two events which spelled change for Romania during this entire period, these were the time when Romanian joined NATO and December 2001, when the EU announced Romania was on the slit for the next expansion wave.

“It was like the whole country shifted direction 180 degrees. Suddenly you were very welcomed because you were a European, so I no longer had to buy my visa. The whole framework of the country started to change in preparation to joining the EU, this was a significant thing for Romania.” The other one had happened before - when Romania joined NATO – “for many Romanians this seemed to be a big thing,” Brian Davies says.

He has spent the last 28 years working with Sanders Polyfilms. He has learned a lot in the process, some of which in Romania too. “My first GM in Romania tought me a very important thing. He told me: Brian, in Romania all things are possible, but nothing is certain. We actually have an expression in the company – the Romanian slippage of time,” he says.

He says these stories with a dose of humor required to face the day to day struggles.

“My business partner, who is Austrian, has told me – 'when you arrive at the airport and nobody is there, don't get excited, don't call, go to the coffee shop, get a cappuccino, and somebody will turn up.”

Besides the fun stories, Brian shares some of the things he has learned while doing business.

“Going back to 1982, when I joined John Sanders - and most Romanians will find this strange – there was no letter of appointment between us. He said 'come and join me' and I went and joined him. Let your' yes' be 'yes' and your 'no' be 'no'. Be truthful, this is one of the principles I use. “

One of the US companies he had worked in the past had a slogan which it was applying to sales – and Brian remembers it: “remember what you promise to your customers, because they will.”

But of all the many things,he has a principles that he always shares with people who are learning to be managers: the four most powerful words in management: “I need your help”. “Most people like to help but don't like to be told what to do,” he says.

Besides his work with Sanders Polyfilms, his visits to Romania once a month, the involvement with BRCC, Brian doesn't have time for much else, he says. But when he does, his favorite past time is a good golf play. Although he plays golf badly – he says – keeping his handicap in the game a secret of the trade.