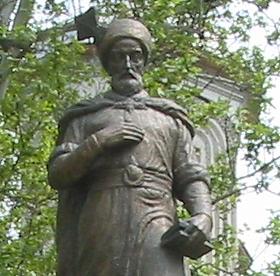 A silver medal-thaler, issued by Romanian ruler Constantin Brâncoveanu in 1713, sold for USD 16,000 at a numismatic auction in New York, Profit.ro reported.

Brâncoveanu, who was a prince of Wallachia between 1688 and 1714, was deposed from his throne by Sultan Ahmed III. He was brought under arrest to Constantinople, where he was beheaded.

Brâncoveanu did not have a right to issue coins at the time but ordered in 1713 a series of coin-medals to mark 25 years of rule. Transylvanian engraver Karl Hoffman was tasked with the making of the coin.

The coin features a profile portrait of the ruler. In 2006, the National Bank of Romania (BNR) issued a replica to the medal- coin issued by Brâncoveanu.

Brâncoveanu was a patron of culture and his name is linked to the architectural Brâncovenesc style, also known as the Romanian Renaissance. The Hurezi monastery, included by UNESCO on its list of World Heritage Sites, is considered an accomplished example of this style. The Mogoşoaia Palace, close to Bucharest, was also built by Brâncoveanu.

(Photo: The statue of Brâncoveanu in Bucharest by Bogdan Giuşcă/ Wikipedia)