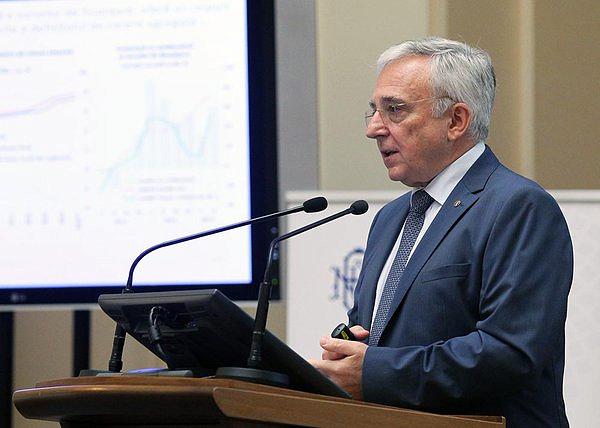 Romania’s National Bank (BNR) decided on Wednesday to increase the monetary policy rate from 2% to 2.25% per year, effective February 8.

The move will likely lead to a similar increase in the interbank interest rate (ROBOR) and the costs for loans in local currency will “increase marginally”, BNR governor Mugur Isarescu said in a press conference. However, he pointed out that this measure was aimed at “jugulating” inflation.

In December 2017, the annual inflation rate climbed to 3.32% from 3.23% in November, higher than the forecast. Behind this evolution stood primarily the step-up in core inflation and, to a small extent, the increase in volatile food prices and tobacco product prices, according to BNR.

In its Wednesday meeting, the BNR board also examined and approved the February 2018 Inflation Report, based on the most recent macroeconomic data. The new scenario points to a pick-up in the annual inflation rate in the months ahead, followed by a slowdown starting with the latter part of 2018.

The path of the forecasted annual inflation rate has been revised upwards in the short run compared to the previous report, BNR explained in a press release.

“The uncertainties and risks surrounding this outlook stem primarily from the fiscal and income policy stance, labor market conditions, as well as from developments in administered prices,” reads the BNR release.

The BNR governor will present the inflation report in a press conference on February 9.