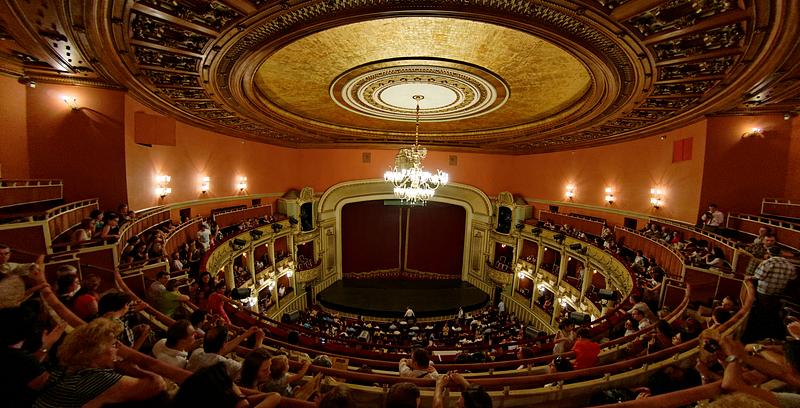 The public can see Andrei Şerban’s staging of Gaetano Donizetti’s opera Lucia di Lammermoor this month at the Bucharest Opera (ONB) as two performances are scheduled for January 12 and January 13.

Şerban’s staging hasn’t been shown in four years but was brought back at the request of the public, ONB said.

Iurie Florea conducts the orchestra and choir of the Bucharest National Opera.

The stage set design is by Octavian Neculai, the costumes by Lia Manţoc.

Tickets can be purchased from the Opera’s ticket office or website.

One of the best-known Romanian directors, Andrei Şerban directed theater and opera productions all over the world, including at the San Francisco Opera, the Covent Garden Opera, the Vienna Opera, the Royal National Theater in London, the Comédie Française in Paris, Yale Repertory, the Guthrie, Circle in the Square, Delacorte, San Francisco's A.C.T., the American Repertory Theater in Cambridge, and Schauspielhaus Bochum.