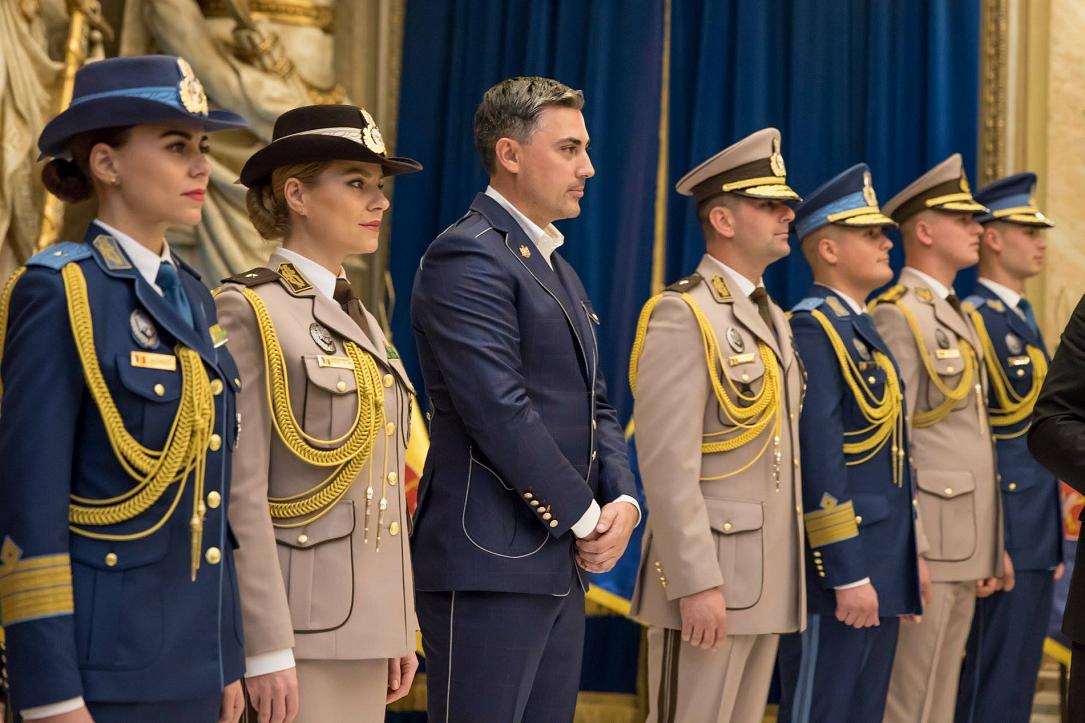 Romanian designer Alexandru Ciucu, who is also the official supplier of the Royal House of Romania, has created, pro bono, new city uniforms for the Romanian Air and Land Forces. They were presented on Tuesday, November 27, at the Military Circle in Bucharest.

Soldiers wear the city uniforms when they attend events where they represent the Romanian Army, both in the daily activities related to the duties of service as well as in the public and ceremonial duties, according to the new uniforms’ presentation on Armataromaniei.ro.

The design of the new uniforms proposed by Alexandru Ciucu was inspired by the uniforms worn by the Romanian Army in two crucial moments of Romania’s recent history, namely the War of Independence and the Great Union of 1918, with influences from the military uniforms of the American, British, German, Italian, and French armies.

The fashion designer said he dedicates the new collection to late King Michael I because “there was a strong connection between King Michael and the Romanian Army,” local Digi24 reported.

In the first months of 2019, the new uniforms will be presented to the soldiers as well, as they will be taken to all the garrisons in the country, and the soldiers will be asked to express their opinion by filling in evaluation questionnaires.