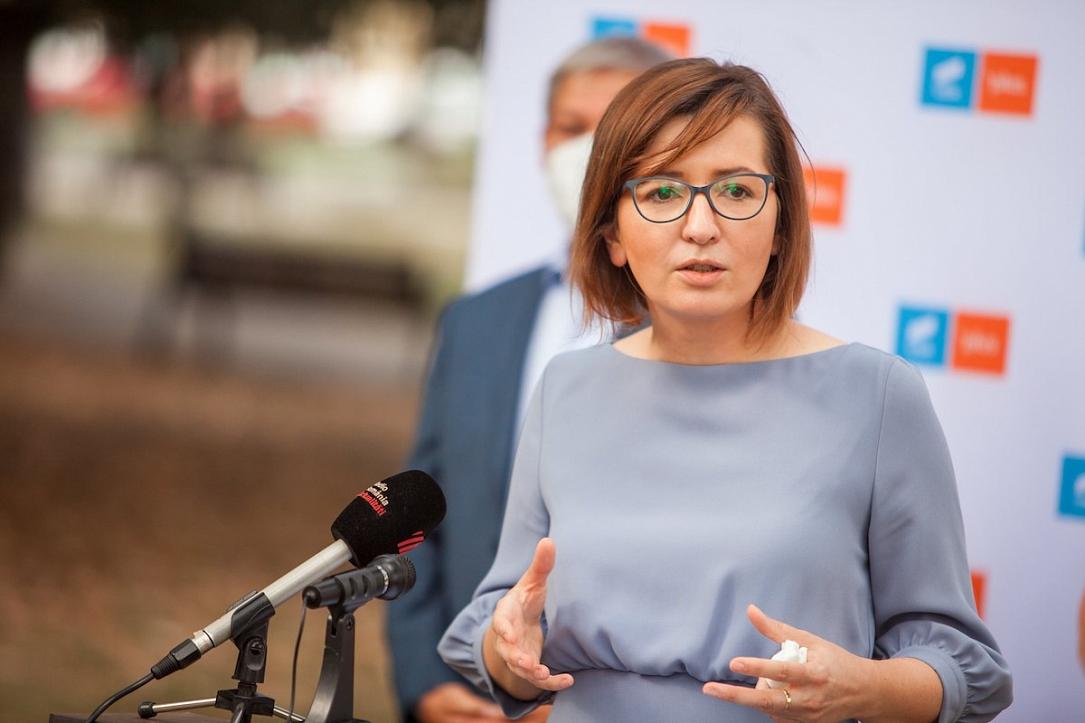 The USR-PLUS alliance, one of the three parties that make the center-right ruling coalition in Romania, proposed doctor Ioana Mihăilă for the position of health minister. The proposal was sent to Liberal prime minister Florin Cîțu on Wednesday morning, April 21.

Vlad Voiculescu, the former USR-PLUS minister of health, was dismissed on April 14. Prime minister Cîțu took this decision without consulting the junior partner USR-PLUS, and this has sparked a major scandal within the ruling coalition. The political crisis lasted about a week and ended on Tuesday evening, April 20, after the coalition's leaders reached a new agreement to continue governing in the current formula.

Ioana Mihăilă, currently Secretary of State in the Ministry of Health, was born in 1980. She is an endocrinologist and a well-known medical entrepreneur in Bihor county, where she started a small medical office that turned into a specialized clinic in a few years, with dozens of employees, USR-PLUS said.

A graduate of the Faculty of Medicine at the University of Medicine and Pharmacy "Iuliu Hațieganu" Cluj-Napoca, Mihăilă was ranked among the top 100 candidates in the country for the national residency exam, practicing as an endocrinologist in Cluj and Oradea. She also coordinated medical caravans offering free medical services in villages of Bihor county.

Ioana Mihăilă was appointed Secretary of State in the Ministry of Health at the beginning of 2021.

"My priority will be to solve the health crisis with concrete measures aimed at supporting hospitals. I am a doctor, and I know very well the situation in hospitals and the things that my colleagues have been facing for more than a year. They need firm and clear solutions, and this is what I intend to do, together with my colleagues from the ministry - to come to their aid and to continue everything that has been done well so far," Mihăilă said.