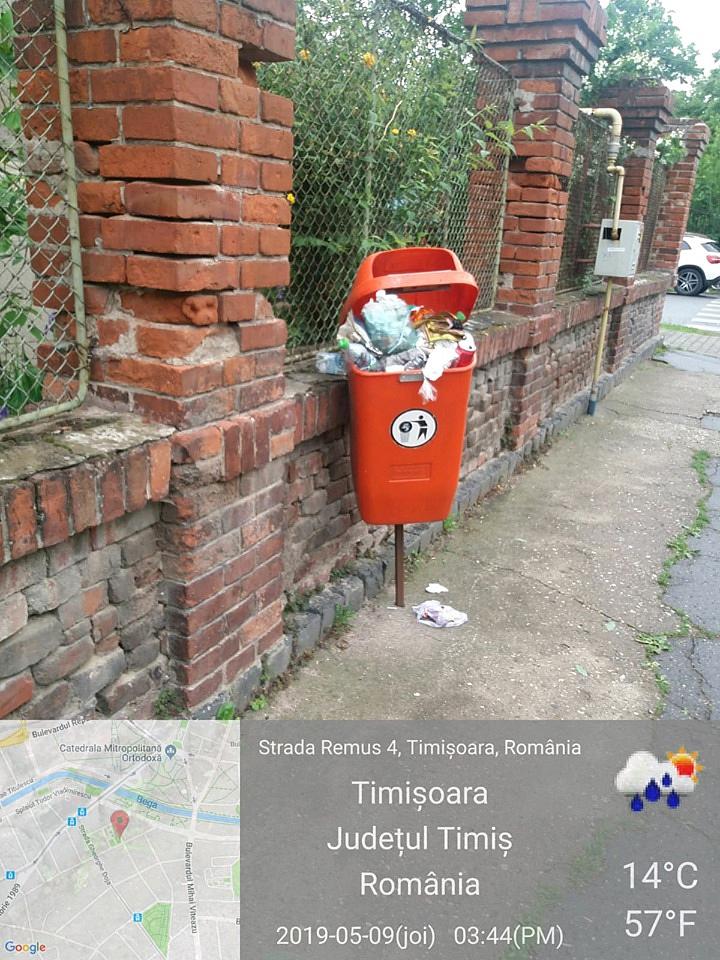 The National Environmental Guard, the authority verifying compliance with environmental laws and regulations, gave a fine of RON 15,000 (EUR 3,151) to the City Hall of Timişoara because of the litter on the streets, Mediafax reported.

After a check performed in between May 8 and May 14, the guard found that “numerous streets, alleys, public parking lots, public transport stations and pedestrian areas were insalubrious.” It found pedestrian and road areas partly covered by waste, also present around the trash bins set up in public areas. It also encountered bags of leaves, piles of branches and unsorted waste in green areas and squares. The authority found that waste sorting was not provided, neither the transport of waste.

The guard gave several deadlines to the City Hall to clean up all the areas were waste deposits exist and take additional, efficient measures to eliminate and prevent such waste dumps in public areas.