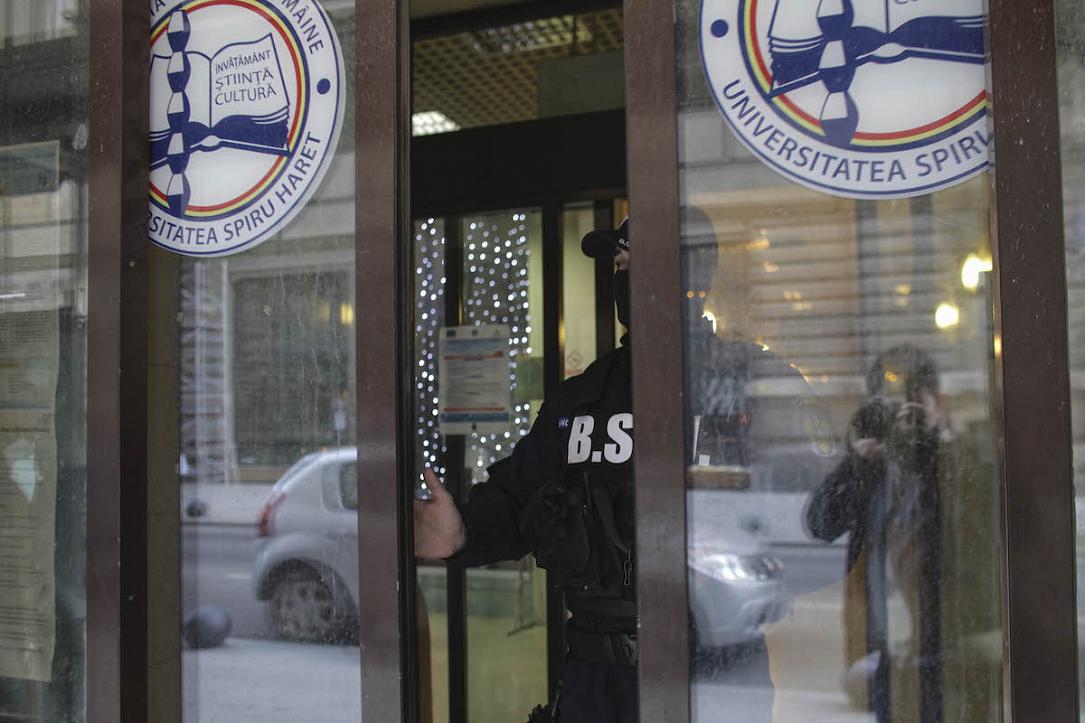 One of the pro-rectors of the Spiru Haret University, the biggest private university in Romania, and five other suspects were arrested by the prosecutors of the Directorate for Combatting Organized Crime and Terrorism (DIICOT) on Wednesday, December 18, as part of a large investigation targeting frauds at the bachelor and master exams.

The prosecutors carried out 76 searches as their investigation targets, besides the pro-rector, three university secretaries, 30 students, 15 teachers, three deans or pro-deans of some faculties, and two university employees. The prosecutors believe that the suspects were part of an organized crime group set up to help students pass the graduation exam in exchange for bribes.

The list of charges includes influence peddling, bribery, abuse of office, instigation to intellectual property theft, forgery and others. The prosecutors found that the pro-rector and some of his subordinates created an organized crime group that helped students who paid bribes to pass the graduation exam for bachelor and master programs.

The pro-rector and selected teachers supplied the students with the evaluation tests in advance and, in some cases, even helped them solve the tests, according to G4Media.ro. The pro-rector was also involved in obtaining ready-made degree theses for some students, which he then sent to the students by email and passed to the teachers who were in charge of evaluating them.

These practices had been going on for many years, at least since 2012, the prosecutors found, according to Digi24.ro. The prosecutors also claim they recorded the pro-rector as he received large bags, bottles, and envelopes. Besides money, the bribes offered by students’ parents also included meat, wine, and spirits.

The Spiru Haret University was founded in 2002 by Aurelian Bondrea, who has been managing the university since then as president of the board and rector. In 2009, the university was at the center of a huge scandal in Romania, following which it became known as “the diploma factory”. More precisely, the education minister at that time, Ecaterina Andronescu, who had granted the university its license in 2002, said that the university’s distance education and low attendance programs were not accredited and that the students enrolled in these programs would not get bachelor diplomas. Thus, tens of thousands of paying students found themselves in the middle of a conflict between the Education Ministry and the university.