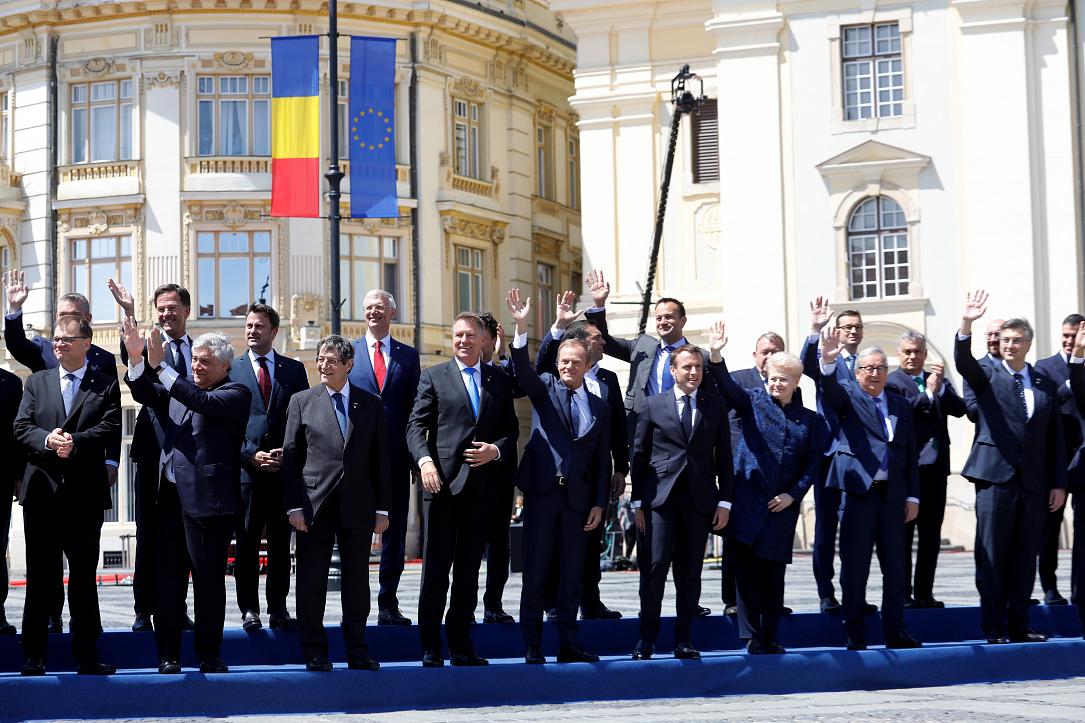 The EU leaders attending the May 9 informal summit in Sibiu, in central Romania, have adopted the Sibiu Declaration, a document outlining a commitment to one Europe, “united through thick and thin.”

European Council president Donald Tusk previously proposed such a declaration in his formal invitation extended to the heads of state and government attending the Sibiu summit.

The declaration reaffirms the idea that “united, Europe is stronger in this increasingly unsettled and challenging world.”

It includes 10 commitments, agreed upon unanimously, that will help member states live up to the responsibility of making the Union “stronger and our future brighter, while recognizing the European perspective of other European states.”

The commitments are to defending Europe; to staying united; looking for joint solutions; protecting democracy and rule of law; delivering where it matters most and listening to the concerns and hopes of all Europeans; upholding the principle of fairness, whether in the labor market, welfare, in the economy or in the digital transformation; providing the means for the Union to match its ambitions; safeguarding the future for the next generations of Europeans; protecting the EU citizens; and being a responsible global leader.

“The decisions we take will follow the spirit and letter of these 10 commitments. The Union of today is stronger than that of yesterday and we want to continue to build its strength for tomorrow. This is our commitment for the future generations. This is the spirit of Sibiu and of a new Union at 27 ready to embrace its future as one,” the end of the declaration reads.

The full text of the declaration can be read here.

Heads of state and government of the EU 27 member states attended the Sibiu summit. British PM Theresa May did not attend.