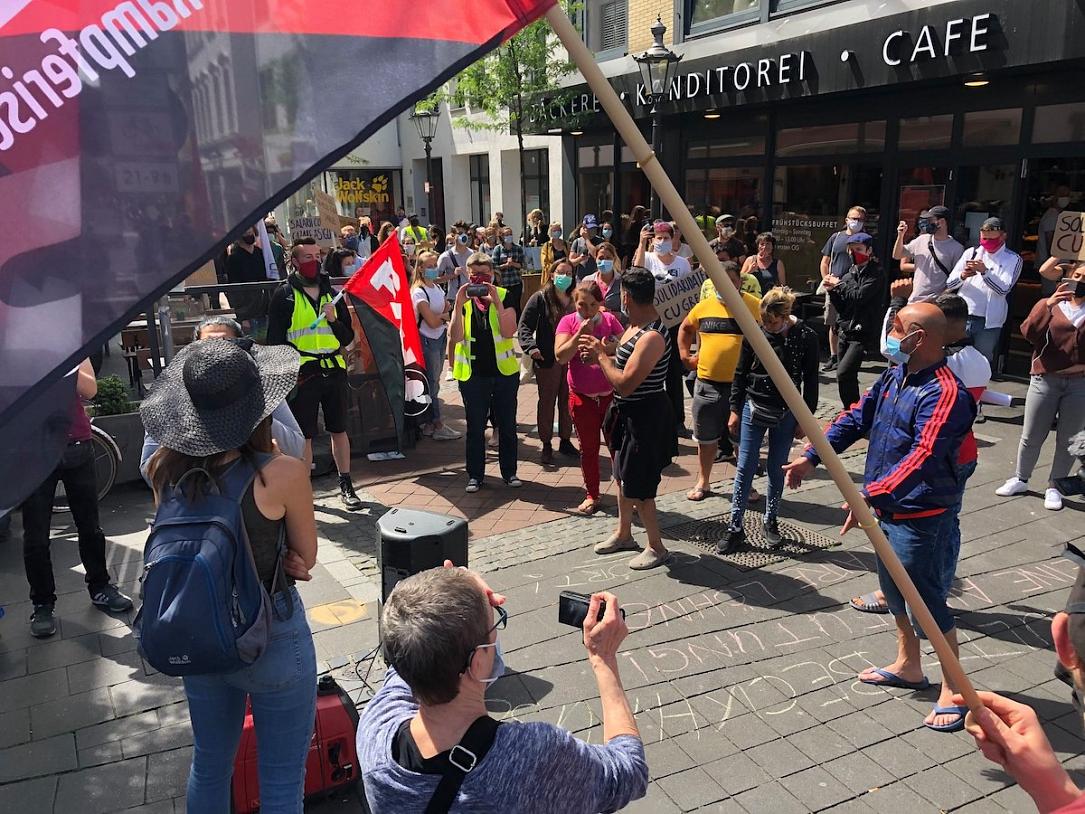 The protests of Romanian seasonal workers at farms and slaughterhouses in Germany will lead to the change of the labor legislation in the country, according to Emil Hurezeanu, Romania's ambassador in Germany.

Romanian workers have been protesting in Germany against poor living and working conditions. On Tuesday, May 19, for example, dozens of Romanian seasonal workers participated in a protest in the German city of Bonn, unhappy with the salaries and the conditions in which they work, local G4media.ro reported. They initially marched through the center of Bonn, and then stopped in front of the Romanian Consulate, asking officials to get involved in their problems.

Several members of the German trade union "FAU Bonn" were also present at the protest staged on Tuesday, encouraging the Romanian seasonal workers to defend their rights.

"The coronavirus crisis has put the spotlight on a chronic situation, the inequalities in the European labor market. […] You saw today (e.n. Tuesday) a protest at a strawberry farm near Bonn. People came with a work contract from the country. The farm went into insolvency and was taken over by a judicial executor, which is to pay people's salaries," Emil Hurezeanu told Digi24 news channel.

He also said that the wave of scandals with Romanian seasonal workers has become a political issue, and will lead to the changing of the labor legislation. The German minister of labor is to present a project in today's government meeting.

Meanwhile, the Romanian minister of labor Violeta Alexandru met on Tuesday with her German counterpart Hubertus Heil. The two officials discussed the protection of Romanian seasonal workers hired by farms in Germany. They signed a Joint Declaration of Intent on stepping up cooperation in the field of labor and social policies.

Minister Violeta Alexandru also discussed with Julia Klöckner, the German minister of food, agriculture, and consumer protection on Tuesday. They both agreed that there should be no differences between foreign and German employees in terms of housing, health, and safety at work and that all seasonal workers should enjoy the same rights as German workers, rights guaranteed in employment contracts, the same press release said.

Thousands of Romanian seasonal workers have been flying to Germany and the UK, with charter flights, to work in agriculture. The first such flight, which took place just before Orthodox Easter, triggered a scandal in Romania as the social distancing measures were not observed by the around 2,000 people who gathered at the Cluj-Napoca international airport to fly to Germany.

At the end of April, the Romanian Foreign Ministry announced that about 200 Romanian workers at a slaughterhouse in Germany were infected with COVID-19 and were placed under quarantine.