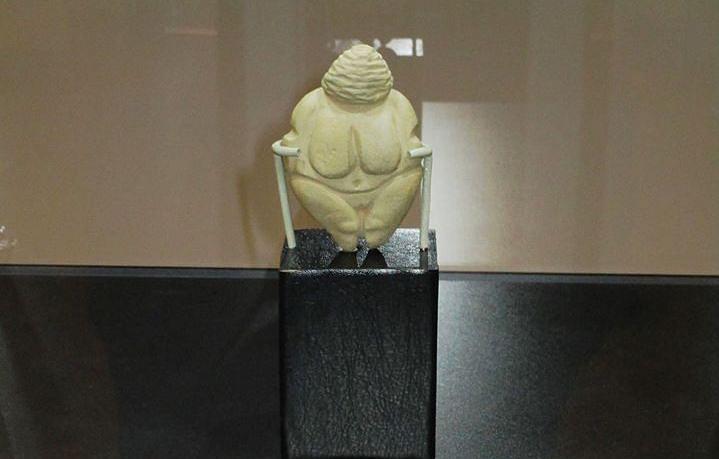 The alleged discovery of a 17,000-year-old Venus figurine in an archeologic site near Piatra Neamt, in North-Eastern Romania, has stirred controversy after journalists from local tabloid Libertatea reported that the figurine was found by two amateurs, not professional archeologists, raising questions about its authenticity.

The team of archeologists who was in charge of the site staged the discovery and made photos suggesting that they were on site when the figurine was found, thus aiming to make the discovery more credible.

The circumstances in which the statue was found, the impossibility to date the material from which the statue is made, its nearly perfect state, and the style that doesn’t match the period when it was supposedly created point rather to a fake than to an authentic discovery, according to specialists interviewed by Libertatea.

The discovery of the Venus figurine took place on June 21, 2019, and was announced officially in a press release on December 11, 2019. The discovery was announced by the Museum of Human Evolution and Technology in the Paleolithic in Targoviste, whose team of archeologists, coordinated by professors Marin Carciumaru and Elena Nitu, was in charge of the Piatra Neamt site.

“The research group of the Museum of Human Evolution and Technology in Paleolithic, within the National Museum Complex "Curtea Domneasca" in Târgoviște, an institution subordinated to the Dâmbovița County Council, announces the scientific community and public opinion in Romania that it has discovered, through archaeological excavations, in a new Paleolithic settlement (called Piatra Neamț 1), the first Venus-type statue in our country, on June 21, 2019,” reads the press release.

“In order to specify the exact age of the statuette, several series of AMS radiocarbon dating were made in two different laboratories, Beta Analytic from USA and RoAMS - the laboratory of the National Research and Development Institute for Nuclear Physics and Engineering Horia Hulubei. Thus, the result of the AMS dating offered the age of 17,000 years. This means that we are in front of the oldest stone sculpture in Romania and in this part of Europe, as well as among the most important paleolithic discoveries in Europe. An exceptional feature of the statue from Piatra Neamț is offered by its intact preservation, especially since the vast majority of paleolithic stone statues discovered so far have been found in a more or less fragmentary state.”

“Made of sandstone, the statue measures about 10 cm and keeps various traces of processing. 100 years after the recovery of the famous paleolithic statue of Willendorf in Austria, now considered a national symbol, the new discovery from Piatra Neamț contributes substantially to enriching the paleolithic heritage with a remarkable art object.”

The statue went on display at the Museum of Human Evolution and Technology in Paleolithic on December 18, 2019.

Venus at the hotel

An investigation by journalists of tabloid newspaper Libertatea, coordinated by Catalin Tolontan, revealed that the figurine was discovered by two amateur archeologists who had been working with the team from Targoviste on the Piatra Neamt site. The archeologists left the site after heavy rain flooded it but site coordinator Elena Nitu allegedly asked the two collaborators to continue the digging. They reportedly found the statue on June 21, at 12:00, and announced the archeologists, who reached the site nine hours later.

Libertatea also found that the archeologists took the statue from the site to the hotel where they were staying in Piatra Neamt and went back to the site the next day to bury it and stage the discovery and take photos. The reason they did this is that the law doesn’t allow amateur archeologists to dig in official sites without supervision from specialists. Thus, news that the statue was discovered by amateurs would have compromised its scientific value.

Initially, professor Carciumaru denied that the statue was found by amateurs but, when confronted by the Libertatea journalists, admitted to staging the discovery, which he called “reconstitution”.

The team coordinated by professor Marin Carciumaru found other segments of Venus statues at another site near Piatra Neamt in previous years but, although older, none of them matches the figurine found last year – the Venus of Piatra Neamt.

“Venus of Piatra Neamt must be considered fake until certified by independent specialists!”

Mircea Anghelinu, a professor at the Valahia University in Targoviste and one of Romania’s specialists in the Paleolithic, who was a student of Marin Carciumaru, challenged the discovery of the Venus due to the controversial context in which it was made.

“For those who do not cease to ask whether the statuette is authentic, not a fake "planted" in an archaeological site, I begin by pointing out that, in archeology, the authenticity of a discovery is conferred, in the first instance, precisely by the context in which it was found (that is, by whom, where and under what conditions), as well as by how this context was spared by the passage of time and carefully documented, using the methods of archeology. However, for known reasons, this archaeological context, in Piatra Neamț, has been lost and can only be reconstructed by the participants' declarations and, to a lesser extent, by the documentation that can be made later,” he said in a point of view sent to Libertatea newspaper.

“Another way of dealing with the problem of authenticity, which is a little bit bypassed, is provided by the artifact itself, which, by its style and technique of realization, can indicate, with greater or lesser precision, the era in which it was made,” he added.

Professor Anghelinu explained that the statue found in Piatra Neamt looks very much like the famous Venus of Willendorf and that its style is characteristic to the Gravettian period, which ended about 21,000 years ago. Meanwhile, the dating of the archeologic layer where the statue was found suggests it is 17,000 years old, thus belonging to the Epigravettian period. However, the style of the sculptures found from that period is very different.

“The statue from Piatra Neamț clearly refers to the Gravettian style, while the chronology specified by the discoverers is many millennia younger (17,000 years), indicating an Epigravettian context. Thus, as a consequence, there are two possibilities: either the statue is a fake or its dating is wrong!” he concludes.