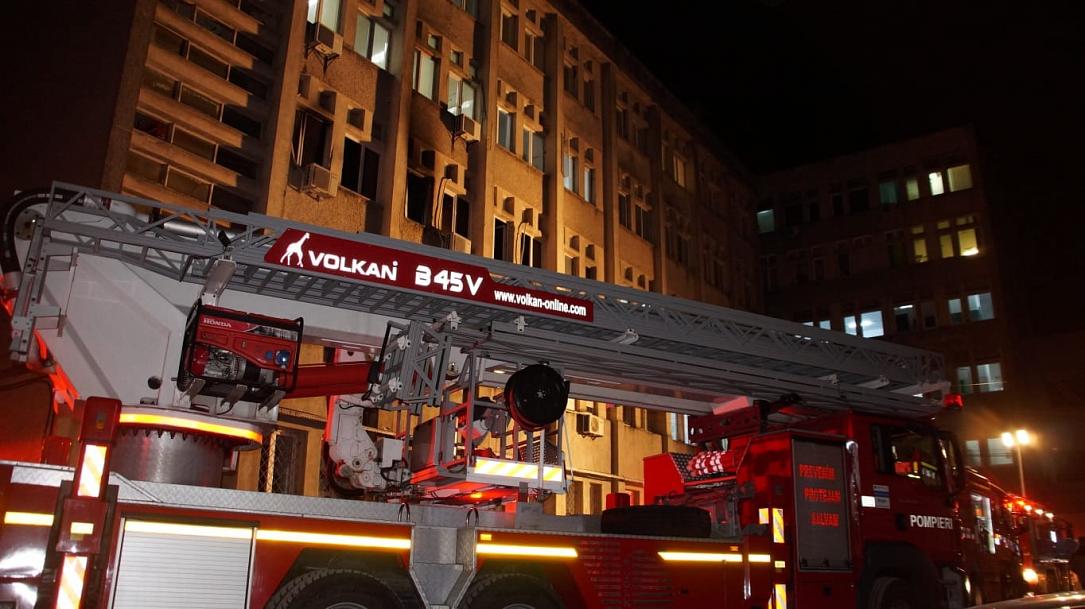 Ten patients lost their lives in a fire that destroyed the intensive care (ATI) section of the county hospital in Piatra Neamt, in northeastern Romania, on Saturday evening, November 15. Seven other people were severely injured, including a doctor who jumped into the fire to try and save some of his patients.

The patients who died and those injured in the fire were COVID-19 patients in serious condition who were being treated in the ATI section. The ten victims were 67 to 86 years old.

The doctor who was on duty on Saturday evening went into the fire to try and save the patients but his protective suit caught fire. He thus suffered severe burns on almost half of his body and was transferred to Belgium with a military aircraft on Sunday morning. He will be treated at the Queen Astrid Military Hospital in Brussels.

The fire broke on Saturday evening, around 18:30. The firefighters arrived at the scene about five minutes after they were called and extinguished the fire in about 20 minutes. However, a room where eight COVID-19 patients in severe condition were being treated, some of them intubated, burned completely killing all eight patients. Two other patients in another room died as they were being prepared for transfer to another hospital. The fire is believed to have started from a short circuit or an overheated electric cable, according to the firefighters’ preliminary assessments.

This new tragedy, which comes just two weeks after Romania commemorated five years since the deadly fire in Colectiv club, once again highlights the vulnerabilities in Romania’s public healthcare sector. When asked if he felt guilty for the tragedy in Piatra Neamt, health minister Nelu Tataru said: “For this situation that has been going on for 30 years, and for the local authorities’ non-involvement, I think we are all guilty in this country, not only the medical system and not only the local authorities, because we have accepted for 30 years to live in such a medical situation."

The Government announced on Sunday that it would start controls in all ATI sections throughout the country to see if all safety measures are being observed. The ATI sections in all hospitals in Romania are currently full with COVID-19 patients in severe condition. About 1,170 COVID-19 patients were being treated in ATI sections as of Sunday, November 15, and there are hardly any ATI beds left.

While all the top politicians, starting with president Klaus Iohannis, prime minister Ludovic Orban, and the leaders of the major political parties in Romania sent their condolences to the victims and their families and suspended their election campaign on Sunday, they will likely try to use this tragedy for political gain in the following weeks, given that Romania holds general elections on December 6.

Meanwhile, the prosecutors have started an investigation to find the cause of the fire and those responsible for this tragedy.