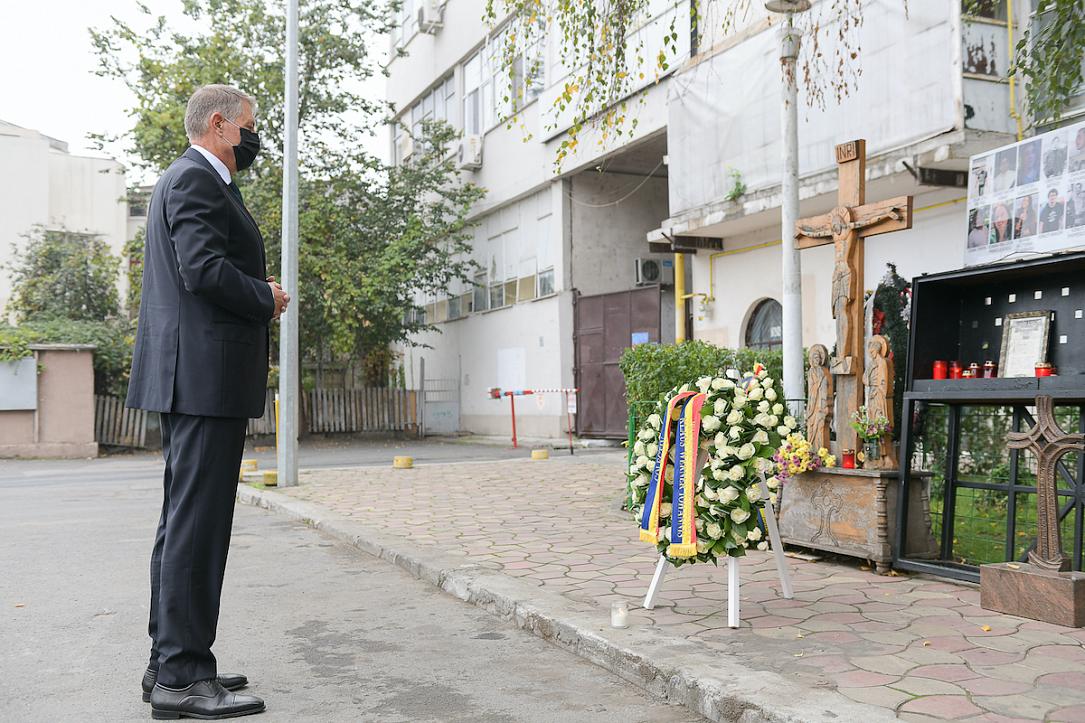 Romanian president Klaus Iohannis promulgated on Friday, October 30, the law providing that those injured in the 2015 Colectiv club fire in Bucharest will benefit from lifelong financial support from the state. Their treatment, in the country or abroad, will be covered by the Ministry of Health, according to News.ro.

The law was adopted on October 14 by the Chamber of Deputies, as a decision-making body, and was sent to president Iohannis for promulgation.

Also on Friday, the president laid a flower wreath in front of the building that hosted the Colectiv club and held a moment of silence in the memory of those who lost their lives in the fire.

The Colectiv club in Bucharest burned down on October 30, 2015, during a concert by local rock band Goodbye to Gravity. Hundreds of people were in the club that night, way more than its normal capacity, and 64 of them lost their lives. The tragedy led to massive street protests and the fall of the government led by Victor Ponta, which was replaced with a technocrat cabinet led by Dacian Ciolos.

The fire was caused by the fireworks used inside the club during the concert. Investigators said that the soundproofing insulation was not fireproof as well, so it caught fire, generating hot toxic gases that burned the lungs of those who inhaled the smoke. The club had no fire exits, and its only fire extinguisher didn't work.

A video recording of the emergency crews' intervention on that night, made public in October 2019 - four years after the tragedy, showed an uncoordinated response and chaos, as the rescuers were overwhelmed by the situation.