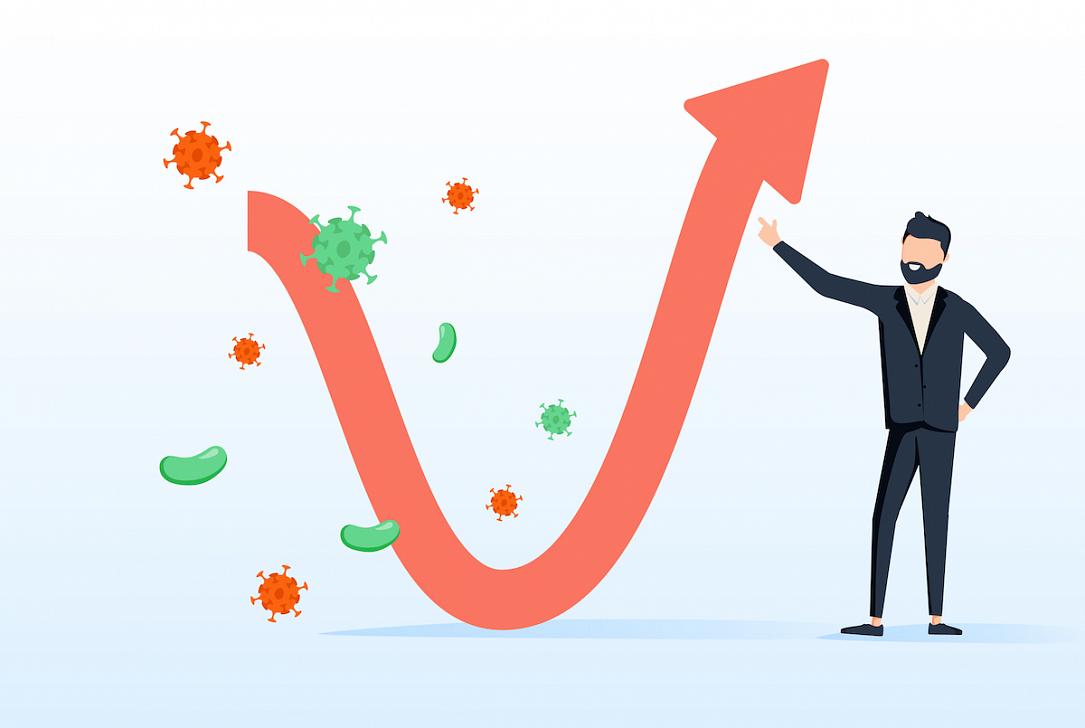 Romania's gross domestic product (GDP) went up by 5.6% in the third quarter (Q3) of this year compared to the previous quarter (Q2), according to seasonally adjusted data reported by the National Statistics Institute (INS) on Friday, November 13. The recovery is slower than expected after the 12.2% plunge recorded in Q2 versus Q1, amid the COVID-19 lockdown.

Finance minister Florin Citu took the opportunity to brag about the "V-shaped" economic recovery. "I said from the first moment that the economy would recover starting the third quarter and now the data confirms it. Romania avoids the technical recession in 2020 as we promised," Citu wrote on his Facebook page.

Meanwhile, financial analysts are not equally optimistic. "The flash estimate of third-quarter GDP (3Q20) showed a 5.6% expansion versus the previous quarter, below the 7.2% that the market was expecting. We maintain our 2020 GDP growth forecast at -5.5% and revise next year's growth from 5.2% to 4.1%," ING Bank analysts wrote in a note.

"As mentioned in our previous GDP note, the long-awaited V-shaped growth pattern will look a lot flatter than hoped for, meaning that the recovery path will be slower and longer-lasting," the ING research team pointed out. The bank's analysts also point out that the local economy should advance by 1% in the fourth quarter (Q4) compared to Q3 to meet the forecast for the full year, namely a -5.5% GDP contraction. 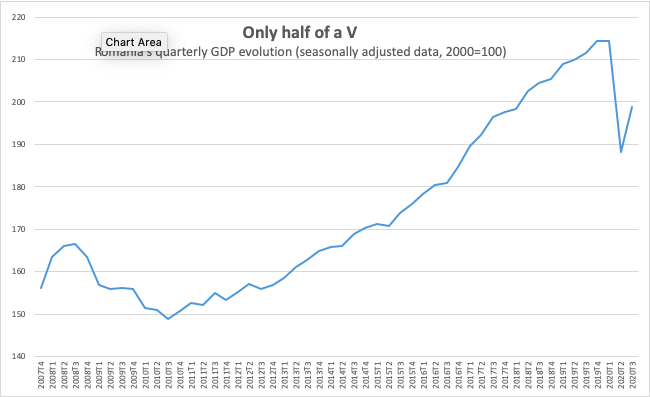 According to INS data, in the first nine months of this year, Romania's GDP declined by 5.1% in gross terms and 4.6% in seasonally adjusted terms versus the same period of 2019. The INS mentioned that the flash and provisional estimates could suffer some significant adjustments given the difficulties in data collection due to the pandemic. More detailed data on the Q3 economic growth will come on December 8.

"For 2021, we revise our GDP growth forecast to 4.1% from 5.2%. This is driven by the lower than initially estimated carryover effect (lower growth in the fourth quarter) and the new wave of restrictive measures imposed throughout Europe, which will likely dent external demand as many EU economies are expecting an economic contraction in the fourth quarter," the ING analysts concluded.