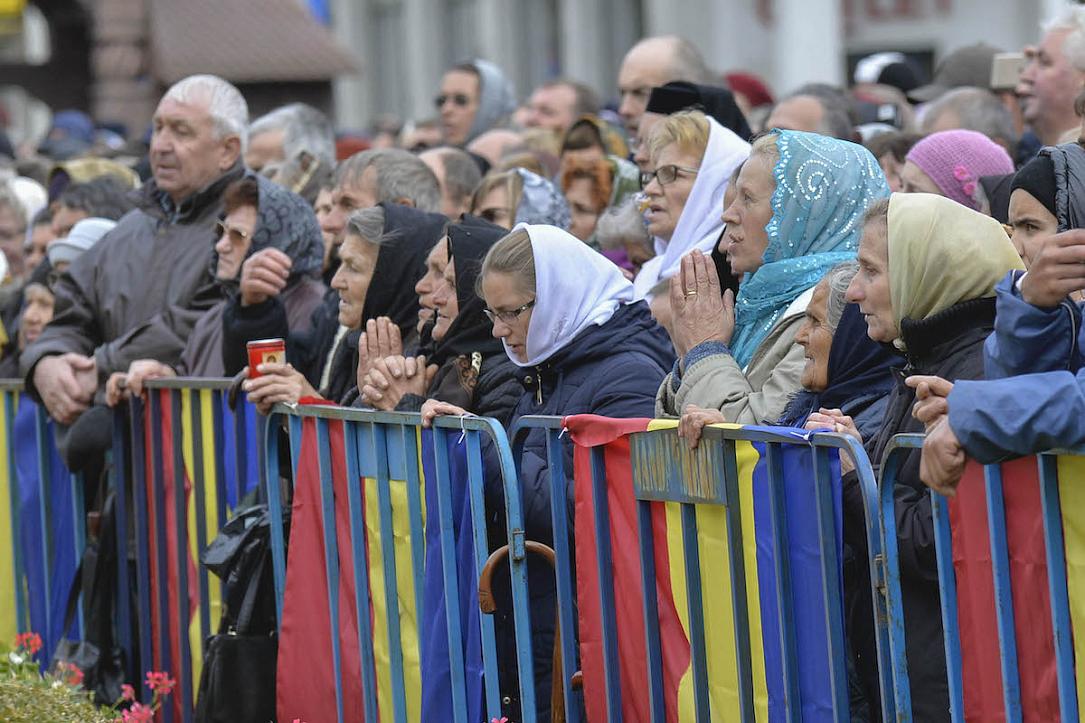 Romania's National Committee for Emergency Situations (CNSU) decided on Monday, October 5, to limit the attendance to religious events and celebrations amid growing COVID-19 infection cases. According to this decision, only locals will be allowed to attend religious events held in Romanian localities.

The decision thus bans pilgrimages (long trips to holy places for various religious celebrations). CNSU took this decision just days before the start of the biggest pilgrimage in Romania, which brings tens of thousands of Orthodox Christians to Iasi at the relics of Saint Parascheva. However, it's unclear how the authorities will be able to implement this measure, given there are currently no restrictions on free movement in place in Romania.

The procession at Saint Parascheva's relics is supposed to start on October 8 and reach its peak on October 14.

The Orthodox Church reacted to the decision and called on the authorities to present "clear sanitary reasoning" and "undoubted evidence" about how some places or institutions respect the rules or not, implying that churches are strictly following sanitary rules and this new restriction would not be needed.

"We understand, of course, that the new measures are justified exclusively by the alarming increase in the number of Covid patients, the necessary prevention and reduction of diseases that may lead or have already led to the overcrowding of ATI in hospitals," said Vasile Bănescu, the spokesman of Romania's Patriarchy.

"From the perspective of preserving intangible freedoms, such as fundamental religious freedom, we believe that measures supported by medical reasons with public impact must be taken with the utmost discernment and careful benevolence, so that they do not affect these freedoms and upset [Orthodox] believers who make up the overwhelming majority of Romanian society," he added, according to Basilica.ro.

"Churches are by their nature spaces of decency, cleanliness, and order, not disorder. Of course, the strict rules regarding hygiene, the wearing of the mask at certain times and the keeping of a distance of 1.5 m between persons are also required in liturgical spaces and must be strictly observed. Which throughout the period so far has been done in an exemplary manner by all religious rites in Romania," Banescu concluded.

However, despite the Orthodox Church's reassurance that sanitary measures would be observed even during large events such as the Saint Parascheva pilgrimage, the authorities are worried that the thousands of people traveling to Iasi may not respect social distancing and other safety rules at a time when Romania already sees a surge in new COVID-19 cases. At the same time, hundreds of people touching or kissing the case with the holy relics could spread the virus, a scenario that the Church representatives admitted they couldn't control.

"It's hard to tell people now not to touch the casket or bow down. We can't say that holy relics can hurt someone. The way believers manifest their godliness can't be controlled. It's hard to tell people what to do. It is an emotional area, everyone shows their honor at the shrine of the saint as they feel, some just bow, some put their hand on the case, others touch it with their heads," said Constantin Sturzu, spokesman for the Metropolitan Church of Moldova and Bucovina, quoted by Hotnews.ro.