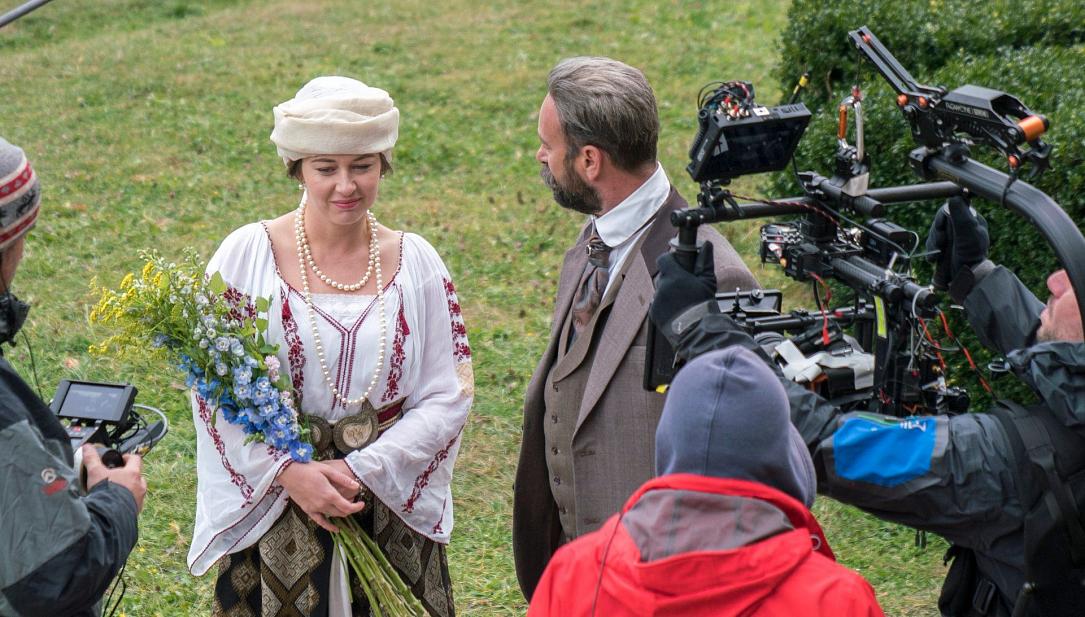 The action of the film, based on real events, is set during the 1919 Peace Talks, when the queen is on a mission in Paris to lobby for the international recognition of the country’s unification.

Director Alexis Sweet Cahill describes Queen Marie as “a decisive heroine, a woman who made sacrifices and achieved incredible things.”

“We all need to learn from her. I want people to be inspired by her and take a look at today’s politics. We no longer have these types of characters. I know she belongs to a different era, but now we are no longer used to making sacrifices,” the director said, quoted by Agerpres.

A team of over 200 professionals worked on the film, produced by Abis Studio. Among the settings used were Bucharest’s Calea Victoriei avenue or Gara de Nord train station, but also the Lyon train station. Filming took place in both Romania and France, and viewers will be able to recognize the Cotroceni Palace in Bucharest, the Peleş Castle in Sinaia, or Quai d'Orsay in Paris.

The director says the production looks “more ample than in reality.” “We were wise in using the budget and in the way we made the production look like a big-budget film,” he told Agerpres. He declined to reveal the film’s budget and said this wasn’t important. “What is important is what it seems to be. It is a bit like being an actor. Yo do not ask ‘How old are you?’ but ‘Characters of what ages can you play?’,” he said.

The film is spoken in English and Romanian.

The music of the film was composed by Giancarlo Russo and is performed by the National Radio Symphonic Orchestra of Bulgaria.

The film recently won the public’s choice award at this year’s edition of Les Films de Cannes a Bucarest festival, where it was first screened.

There, one young member of the audience told the director she had no idea that Queen Marie was British-born. “If this is all I have achieved, teaching someone that, I am happy as a director,” Cahill said.