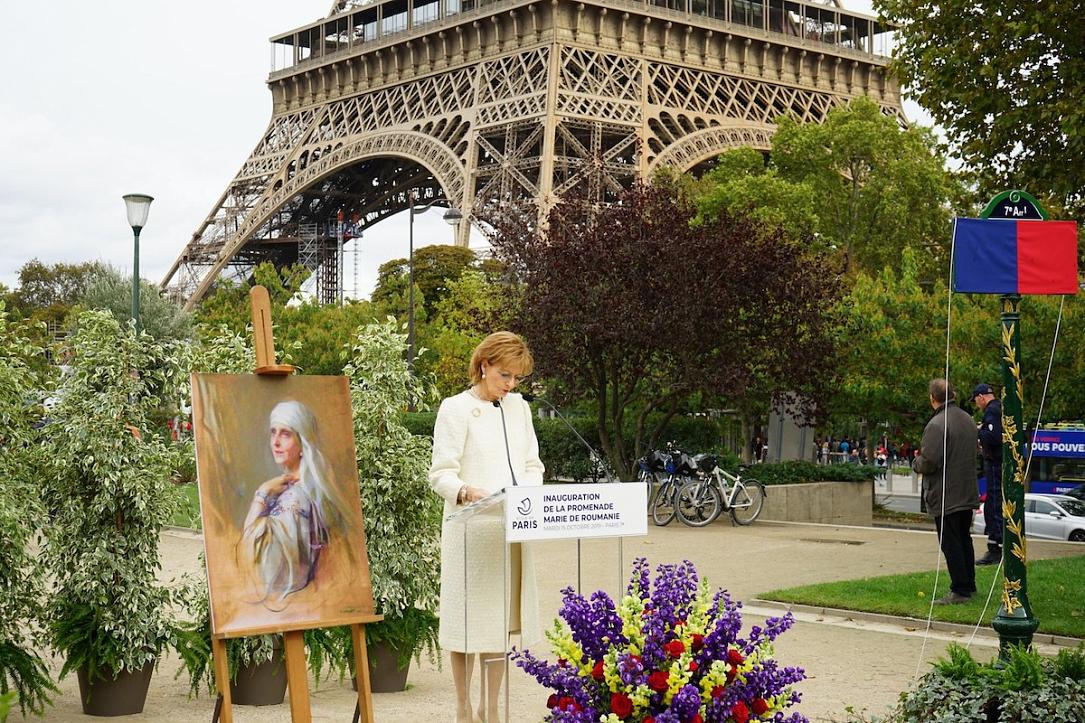 The Promenade Marie de Roumanie, which is named after Romania’s Queen Marie, was inaugurated in Paris on Tuesday, October 15, within walking distance of the Eiffel Tour.

The inauguration ceremony took place in the presence of the Romanian Royal Family, of high French officials, ambassadors and representatives of the diplomatic corps, journalists and numerous members of the Romanian community. Speaking at the ceremony were Her Majesty Margareta, custodian of the Crown, Sandra Pralong, presidential adviser, Ambassador Luca Niculescu, Paris deputy mayor Catherine Vieu-Charier, and René-François Bernard, deputy mayor of the 7th district of Paris. 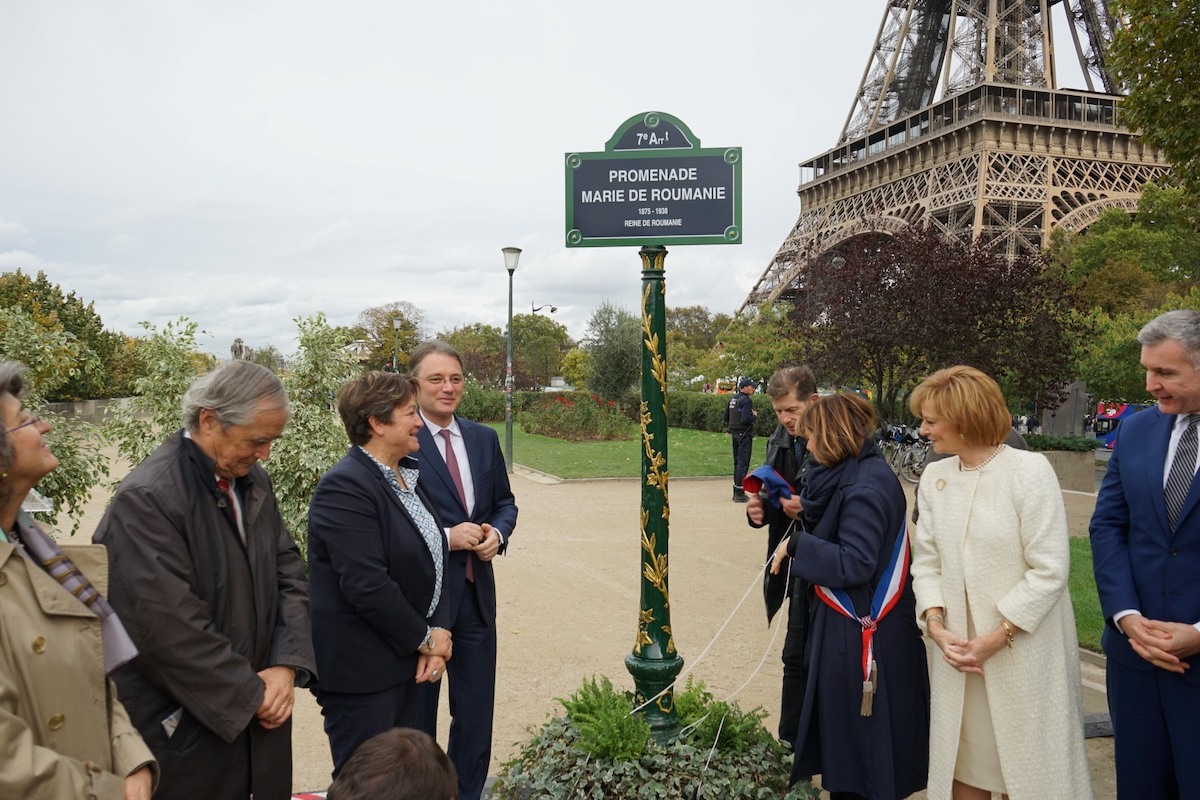 Queen Marie was Romania’s last queen. Her parents were Prince Alfred, Duke of Edinburgh (later Duke of Saxe-Coburg and Gotha) and Grand Duchess Maria Alexandrovna of Russia. She married the future King Ferdinand of Romania in 1892. In 1922, the two were crowned monarchs of the Greater Romania, enlarged after the 1918 union, at the specially built cathedral in Alba Iulia.

As queen, she was very popular in Romania, especially after her work as a nurse during the First World War.