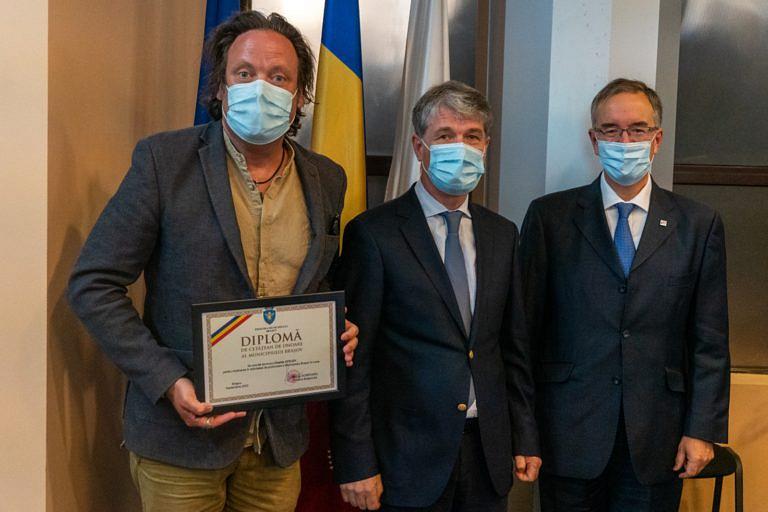 British journalist Charlie Ottley, known for his work on the Wild Carpathia series, was awarded the title of honorary citizen of Brașov.

He was awarded for his “involvement in promoting Brașov and Romania to the world,” Brașov mayor George Scripcaru said.

Attending the ceremony on September 11, Andrew Noble, UK’s ambassador to Romania, called Ottley “one of the best, one of those who love Romania and Brașov very much, and I share these feelings too.”

“I think it is very important for people, from outside Romania, to find out how beautiful, how interesting, how much potential this city has and what economic connections Brașov has with other countries in the world, especially with Great Britain,” Noble said.

In addition to the Wild Carpathia and Flavours of Romania series, Ottley recently worked on a promotional video showcasing Braşov and the surrounding areas. It aired on local television stations and BBC World.