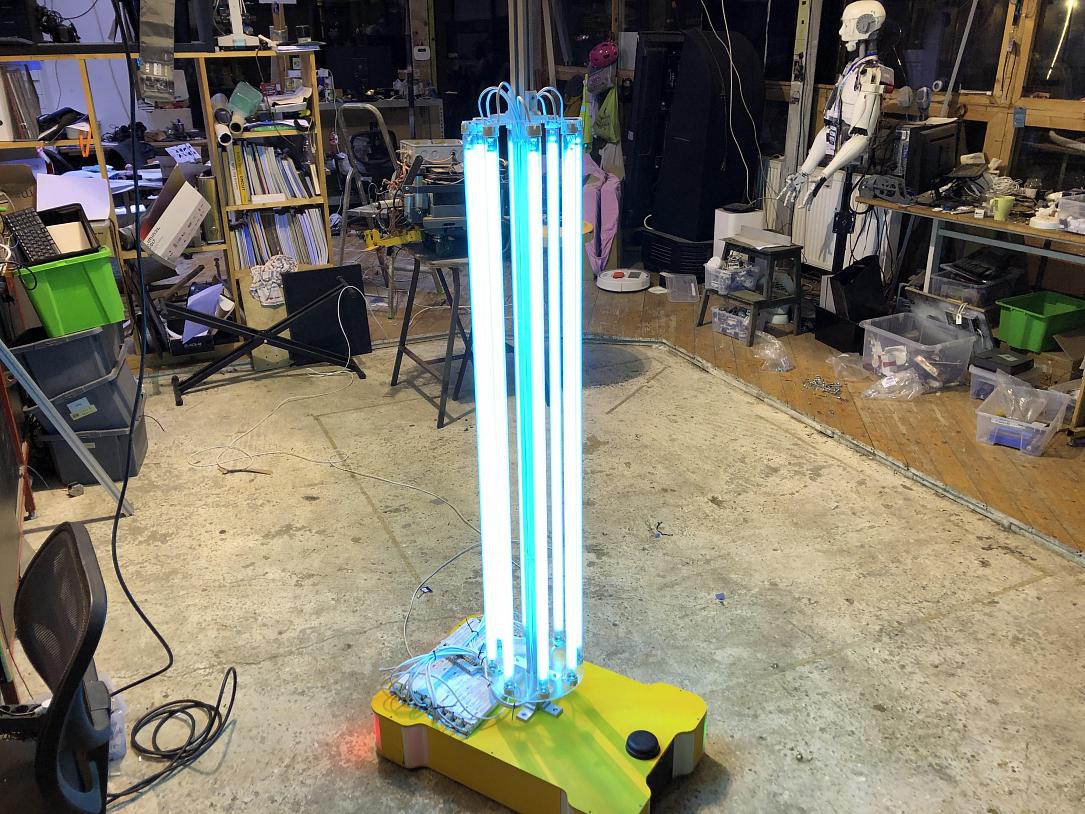 Bucharest-based research and development lab Modulab has developed the prototype of an autonomous robot using UV-C radiation to be used for disinfection.

In the development of the robot, the Modulab team used an autonomous robotic platform for transport, which had already been built. The intelligent robot can avoid obstacles, both fixed and mobile, and can navigate any surface completely autonomously or operated from a distance. The robot is equipped with UV-C fluorescent tubes with a high flux, and can destroy any viruses, bacteria or fungi as a result of the action of the ultraviolet radiations on their DNA and RNA.

The robot could be used by public institutions for the autonomous disinfection of large surfaces and spaces.

“We believe technology can offer most answers and solutions to the global situation which, only a few months ago, we could not imagine. It is precisely the versatility of technology that allowed us, in such a short time, to implement a solution that was designed for a different project, of course adapted to the demands of the current context. We currently have a tested and functional prototype. If there is demand and if there are interested investors, we are ready to produce it,” Paul Popescu, founder of Modulab, said.

Together with Agora Robotics, Modulab has developed an autonomous robotic navigation solution, which was successfully integrated into an industrial cleaning platform and into a transport platform for warehouses. The solution however has numerous other uses –telepresence robots, distance monitoring or various services that involve autonomous moving.