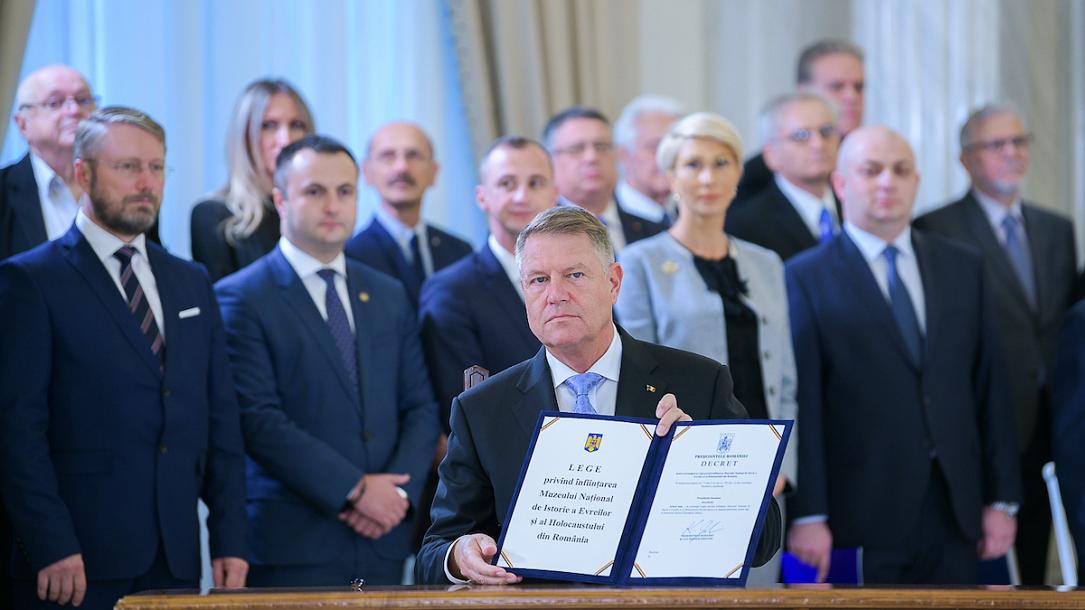 Romanian president Klaus Iohannis signed on Tuesday, October 8, the law on the establishment of the National Museum of Jewish History and the Holocaust in Romania.

“The Jewish heritage is representative for the national culture, and the future National Museum of Jewish History and the Holocaust in Romania will have the mission to highlight it,” Iohannis said during the signing ceremony.

Klaus Iohannis also said that, in his opinion, the main mission of the future museum would be to make sure that “the memory of all those who, with their dignity trampled, fallen prey to the cold, hunger and disease, were tortured and finally killed will be protected and respected.”

The Chamber of Deputies passed the draft law on setting up the Holocaust Museum in mid-September. According to this bill, the museum will be established in the Banloc-Goodrich building on Bucharest’s Calea Victoriei avenue, and will present and promote the history, culture and traditions of the Jewish communities in Romania, with the aim of showcasing, both locally and internationally, their contribution to the evolution and modernizing of the Romanian society throughout history.