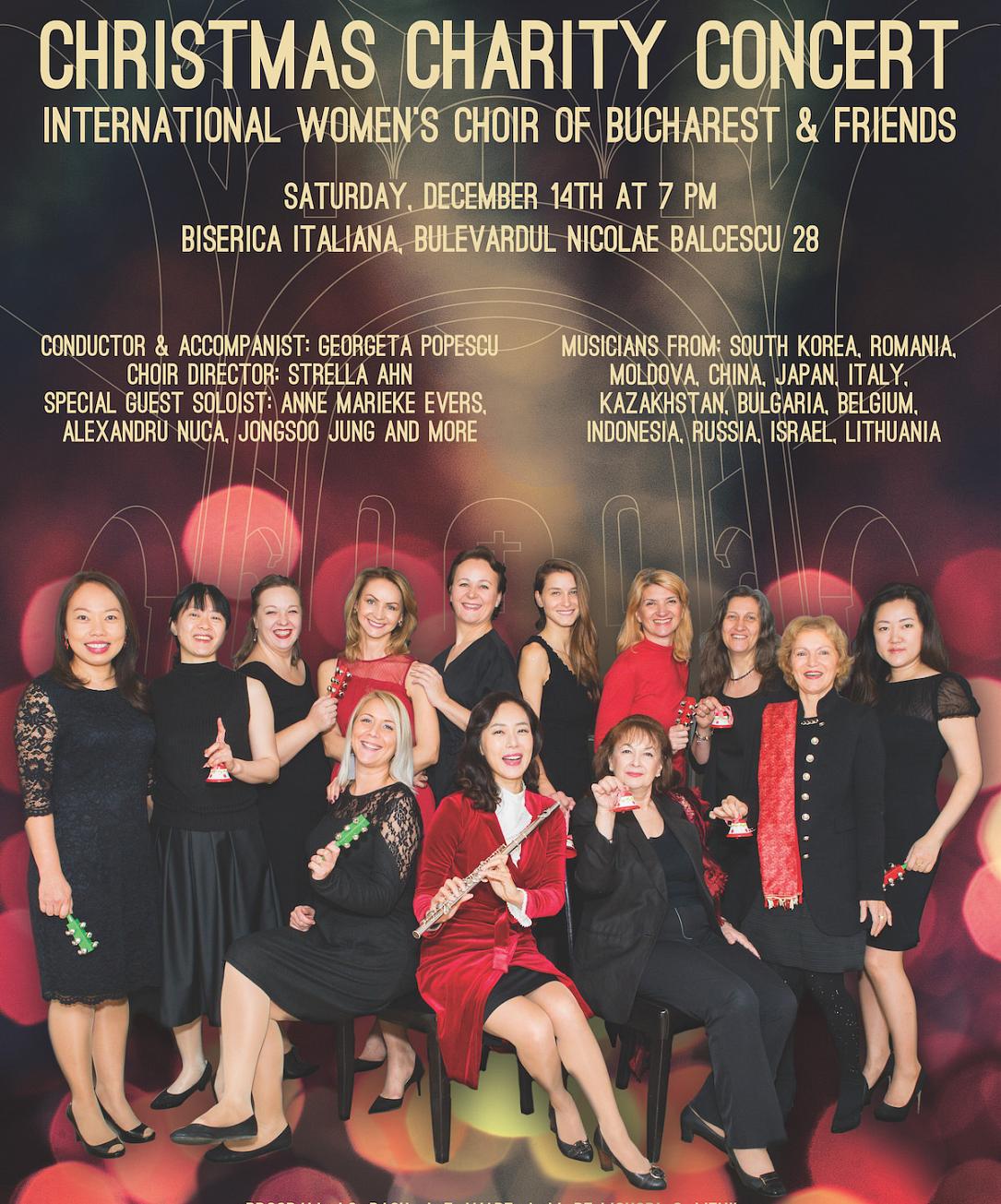 The International Women’s Choir of Bucharest (IWCB) will hold a Christmas charity concert at the Italian Church in Bucharest on December 14.

The choir, which includes members of the international business and diplomatic communities, was created in March 2018 by Strella Ahn and Georgeta Popescu as part of a weekly activity within the International Women’s Association (IWA), an independent, charitable, non-profit and apolitical organization.

All of the choir members pursued or still pursue not-music-related career such as marketing consultant, company owner, engineer, graphic designer, art historian, psychologist, model, flower designer, sommelier, teacher and so on, but share the love of music as a common ground, according to a press release.

The choir director, Strella Ahn, who holds an MBA from the Duke University in the US and used to be a marketing specialist of a Fortune 500 global firm and an ex-IWA Vice President, has planned and organized the annual concerts while recruiting professional soloists who are willing to join in a charity cause. Hospice Casa Sperantei, an NGO that offers full palliative care services, is the beneficiary of this year’s Christmas charity concert.