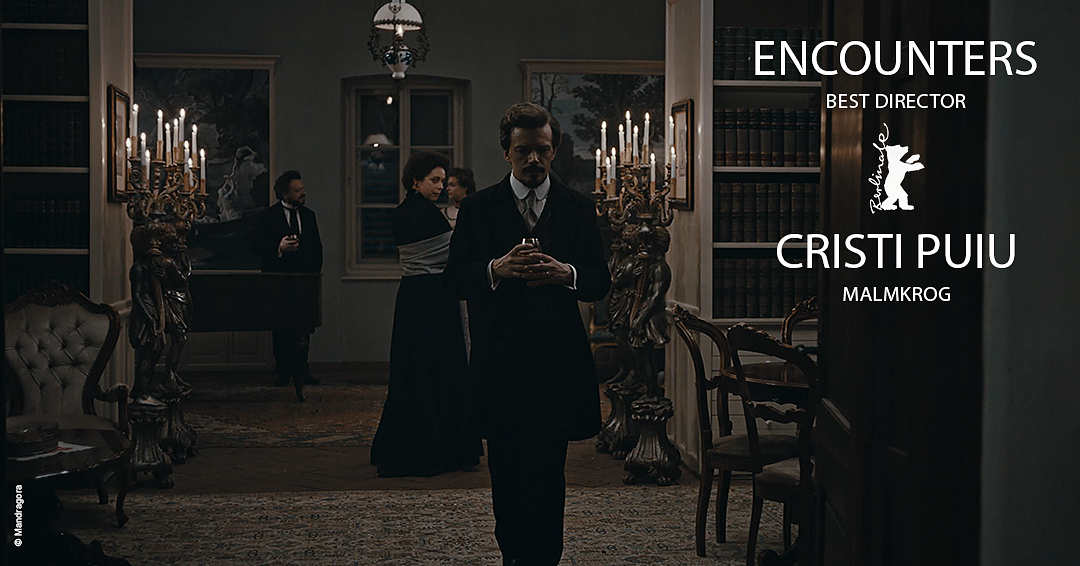 Romanian filmmaker Cristi Puiu won the Best Director award in the Encounters section of the 2020 Berlin Film Festival (Berlinale) on Saturday, February 29. This is Cristi Puiu’s second award at the Berlinale after a Golden Bear for a short film in 2014.

Puiu’s latest movie Malmkrog, which brought him this prize, had its world premiere at berlin last week and competed against 14 other movies from all over the world.

Malmkrog is Cristi Puiu’s most challenging project so far. It’s a vintage film made after an original screenplay adapted after Russian philosopher Vladimir Solovyov’s text Three Conversations. The movie was shot along 40 days at the Apafi mansion in Malancrav village, in Romania’s Sibiu county.

“A query on film and memory,” Cristi Puiu said about his movie. Malmkrog is built around five characters, and the actors speak French, with only a few replies being in German, Russian and Hungarian. The decor and costumes portray the atmosphere of the early 20th century in Transylvania.

The action takes place at the mansion of Nikolai (Frédéric Schulz-Richard), around Christmas, where a politician, a young countess, and an army general are invited. They have dinner and talk, get involved in board games. As the party progresses, the discussion gets more and more heated, cultural differences begin to show and the atmosphere becomes tense. Finally, everyone is the victim of their own discourse.

The new Encounters section of the Berlin Film Festival was introduced to support new voices in cinema and to give more room to diverse narrative and documentary forms in the official program. A three-member jury chose the winners for Best Film, Best Director and a Special Jury Award.

The Golden Bear for Best Film at the 2020 Berlinale went to Mohammad Rasoulof’s Sheytan vojud nadarad (There Is No Evil).