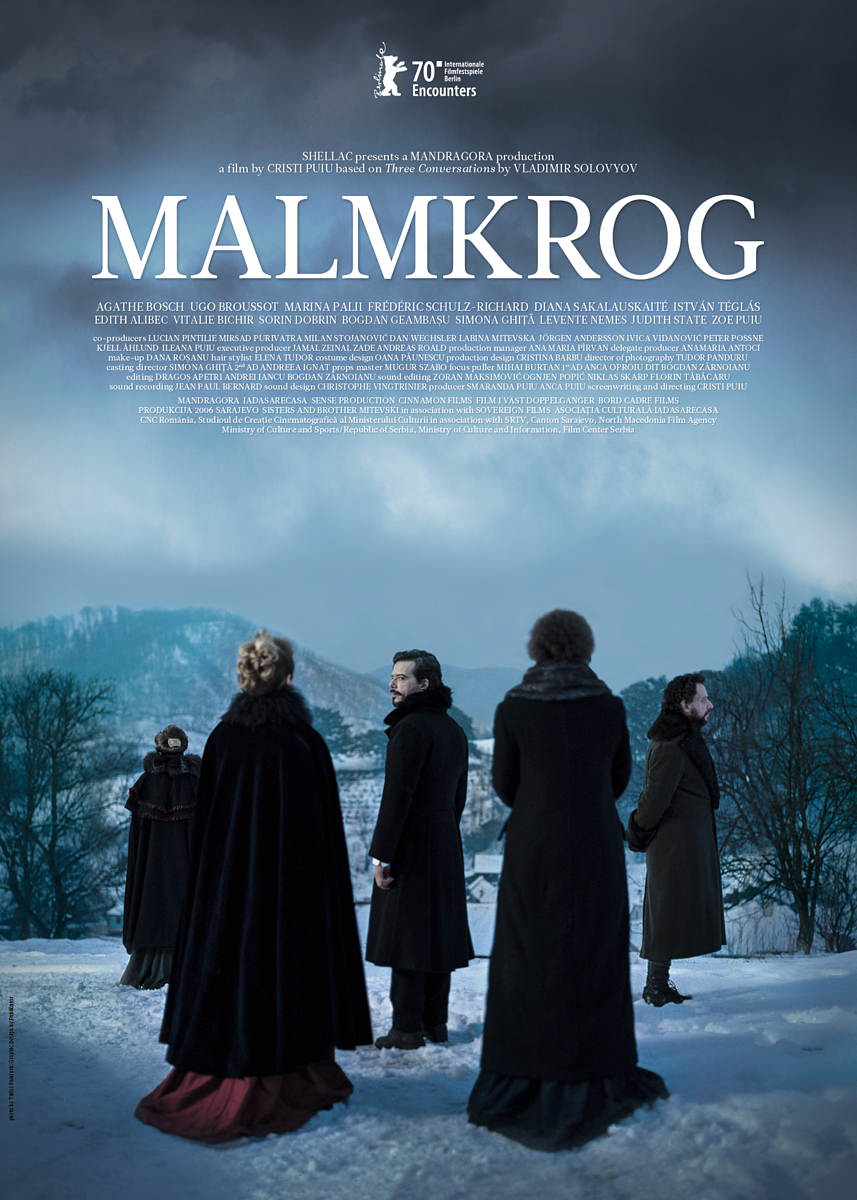 The year’s first major international film event, the Berlin International film festival, started yesterday, and Romania is represented by four productions, two of them in a competitive section. Until the festival wraps up, let’s have a look at these directors’ previous efforts.

As one of the names associated with the Romanian New Wave, Cristi Puiu needs no introduction. A multi-awarded, highly influential filmmaker, he returns to the Berlinale after 16 years, and it’s with a bang. His latest, a lavish adaptation of a novel by Russian philosopher Vladimir Solovyov set in a country house in Transylvania, Malmkrog, opens the new competitive section Encounters. Puiu is primarily known for the film that is associated with the birth of the so-called New Wave, Moartea domnului Lăzărescu/The Death of Mr Lăzărescu (2005), a pitch-perfect black comedy about a man being carried around between hospitals, a much-to-faithful picture of Romania’s medical system and general lack of empathy. Aurora (2010) is a much more cerebral film, more demanding, and more self-aware (some might also call it pretentious) but admirable in its complete disdain for audience expectations and its willigness to focus on a character and watch him act, very slowly, and with no comment or judgement. His latest film, Sieranevada (2016), is a return to a more comedic form, a terrific technical tour de force in a crammed apartment in Bucharest hosting a family reunion that goes awfully (and very funnily) wrong. You can find all these films at Amazon, or Cărturești, or any other larger store that holds DVDs and Blue-rays.

Younger Radu Jude has no less than two films (Ieşirea trenurilor din gară/The Exit of the Trains and Tipografic majuscul/Uppercase Print) in the more experimentally-minded Forum section, and both titles are equally ambitious explorations of the past and how history is written, a topic he has followed intensely in recent years, often mixing documentary with fiction, and experimental techniques. Jude is by far the most prolific director working in Romania at the moment, releasing one or two titles per year, whether feature or short films, and what is more impressive is their unfaltering quality. Aferim! (2015) is probably his most accomplished film yet, a period piece set in 19th century Wallahia, but Țara moartă/The Dead Nation (2017) and Îmi este indiferent dacă în istorie vom intra ca barbari/I Do Not Care If We Go Down in History as Barbarians (2018) are no less impressive in the way they address painful topics (Romania antisemitic past and its unwillingness to address it), their fearless approach and aesthetic choices, the tools of a director who commands them with perfect self-assurance. Cărturești holds these titles as well.

A co-production with Slovakia and Czech Republic, Služobníci/Servants, is part of the Encounters competition as well, a film noir on personal choice in Czechoslovakia of the 1980s. Initially a documentary director, Ivan Ostrochovský moved on to fiction (although still working with many documentary elements) in 2015 with Koza, a wonderfully dry story of a boxer down on his luck who won’t give up.  This title seems harder to order and view online, so I hope this changes after this Berlinale.
Here is wishing them all good luck and a good run.