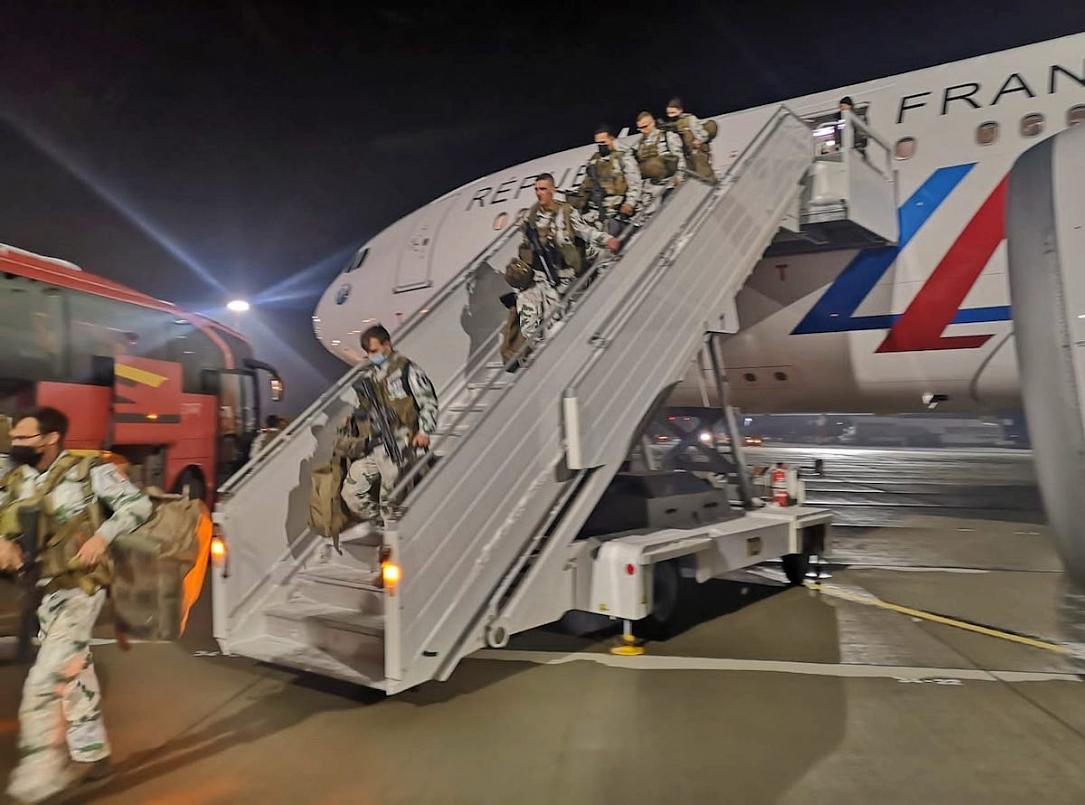 The deployment of French soldiers in Romania under the Very High Readiness Joint Task Force (VJTF) - the first units of the NATO's Response Force (NRF) - has been accelerated, the Embassy of France in Romania announced.

The French tactical group is planned to reach a total of 500 soldiers.

Another 135 French soldiers and technical means, from the 27th Mountain Hunters Battalion from Annecy, led by Colonel Vincent Minguet, arrived on Tuesday, March 1, at the 57th Air Base Mihail Kogălniceanu, joining those already arrived in recent days in Romania, the Romanian Ministry of Defence MApN announced.

The military was greeted by Laurence Auer, Ambassador of the French Republic to Romania, and the Commander of the Multinational Command of the South-East Division, General - Major Cristian Dan.

The French battalion represents the first ground element of the NATO Response Force deployed in Romania following the decision of the North Atlantic Council of February 25, 2022. In total, 500 French and 300 Belgian soldiers, part of the ground component of the NATO Response Force, will join the Romanian military in measures to strengthen the Alliance's eastern flank.