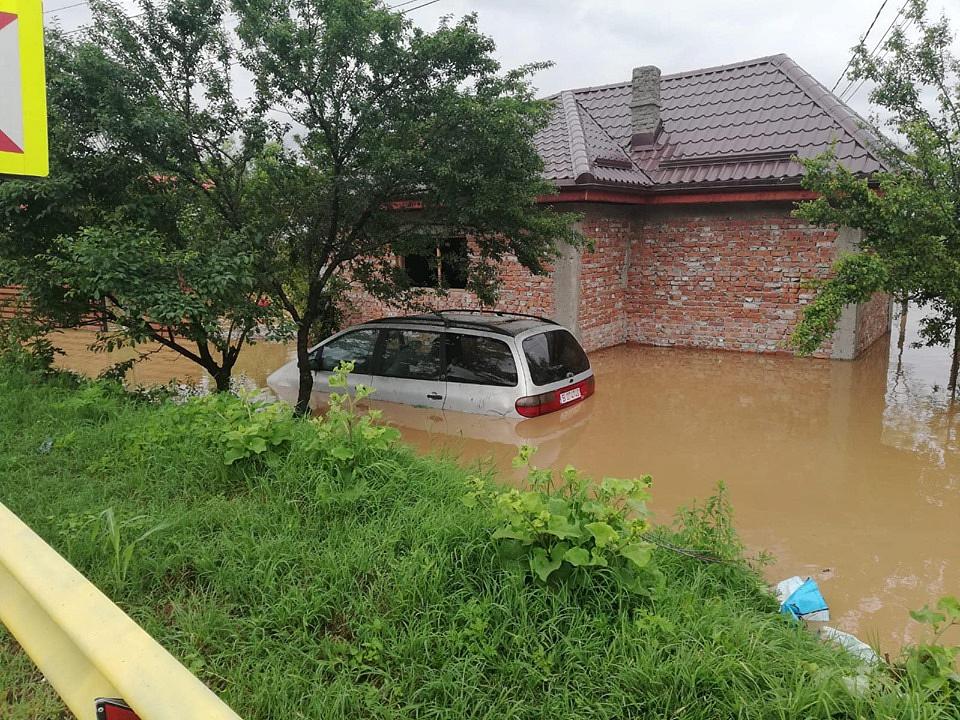 Floods hit many localities in more than half of Romania’s counties, as well as the capital Bucharest, and weather warnings say the rainy weather will continue at least until Friday, June 7.

Data released on Tuesday evening, June 4, by the Department for Emergency Situations said that about 126 localities in 24 counties across Romania were hit by floods, including Bucharest, and the road and rail traffic was disrupted on several segments. More than 140 houses, 42 basements, 454 courtyards, 40 household annexes, 2 buildings belonging to public institutions, 15 streets and 3 buildings belonging to some economic operators were affected by floods.

The General Inspectorate for Emergency Situations – IGSU announced that 171 people were preventively evacuated in a single day, and the military firefighters rescued two people caught by the floods.

“A special situation is recorded in the county of Galati, in Corod, where 165 people were preventively evacuated given the increase in the water level on the Corozel stream,” IGSU said.

Dozens of teams of firefighters, gendarmes, local authorities intervened in the localities affected by the floods across the country in recent days. Buzau county was one of the most affected. Here, several roads were broken and dozens of households were flooded. Meanwhile, a shepherd and his flock were very close to being taken by the floods and were rescued by the firefighters, local Digi24 reported. Meanwhile, a flash flood almost completely destroyed the 203K county road that crosses the Lopatari commune in Buzau county.

The bad news is that the rainy weather will continue at least until Friday. The meteorologists prolonged a weather alert of heavy rains, thunderstorms, hailstorms and strong winds until Friday, 23:00. The warning is valid for most of the country, and the meteorologists say these phenomena will be more frequent during the afternoons.

Meanwhile, the hydrologists issued yellow and orange code alerts for the Danube, local Adevarul reported. From Wednesday morning until June 15, the flow of the river will increase steadily, and this rise in water levels may affect several counties.