Skip to main content
Social
EU elections: Thousands of Romanians abroad didn’t get to vote even after hours of waiting 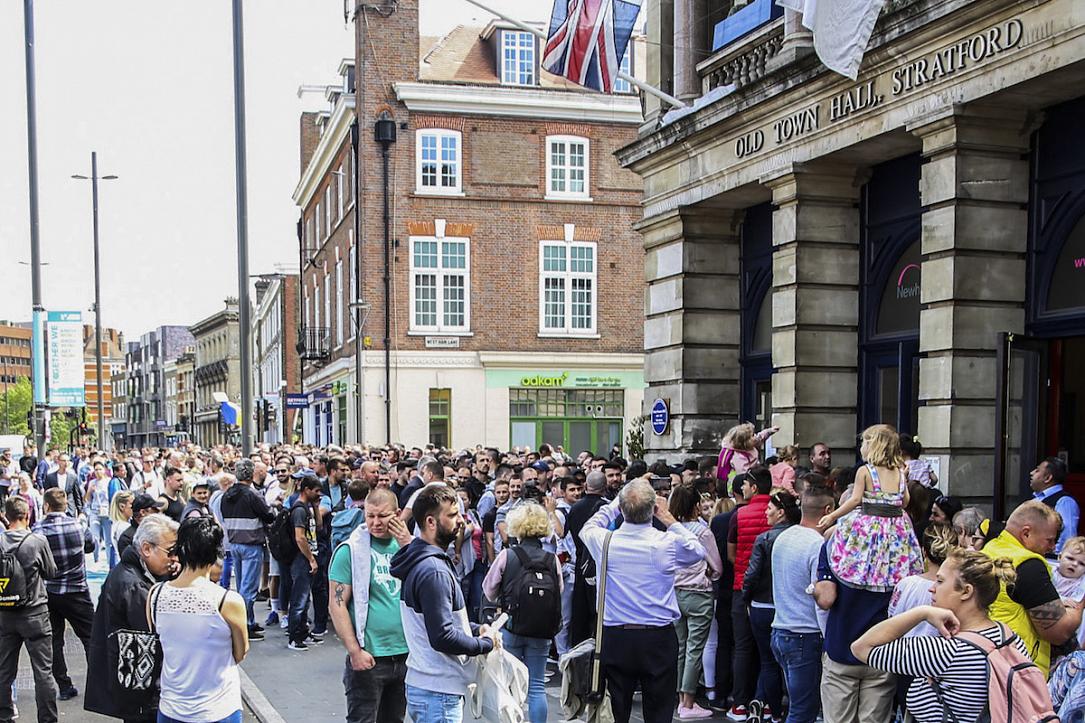 Thousands of Romanians in the Diaspora waited for hours at the polling stations to cast their votes in the EU elections on Sunday, May 26. Many of them didn’t get the chance to vote in the end.

From early morning long queues formed at the polling stations the Romanian Government organized in big cities in Western Europe, where big Romanian communities live. The voting process was slow because of the procedures and many people didn’t get to vote by the time the polls closed. The people who couldn't vote were angry and started shouting against the ruling party in Romania, as the Romanian authorities refused to extend the voting hours. In some cases, law enforcers had to intervene to calm the protesters.

Romania's Foreign Affairs Ministry, which organized the elections abroad, said that it opened 441 polling sections, this year, more than double compared to the previous EU elections (190). MAE also said that the voting process went normally, with no significant incidents being reported. Meanwhile, representatives of opposition alliance USR-Plus asked for the Government's resignation for the way it organized the voting abroad.

Over 357,000 people managed to vote (by 22:00, Bucharest time), the highest number of voters abroad registered after the second round of the presidential elections in 2014.

The highest numbers of voters were recorded at three polling stations in London, followed by those in Antwerp (Belgium), Hamburg (Germany), Chisinau (Moldova), Brussels (Belgium), Le Blanc Mesnil (France) and Regensburg (Germany), according to official data from the Central Electoral Bureau - BEC.

Romanians abroad are largely pro-EU and traditionally they have voted against the Social Democratic Party (PSD). Thus, their votes could make the difference and determine the winners of the EU elections this year, as the exit poll conducted in Romania showed three parties in the lead, with under 2 percentage points between them.

Of the 357,000 voters abroad, more than 355,000 also voted in the referendum for justice organized at the request of president Klaus Iohannis.