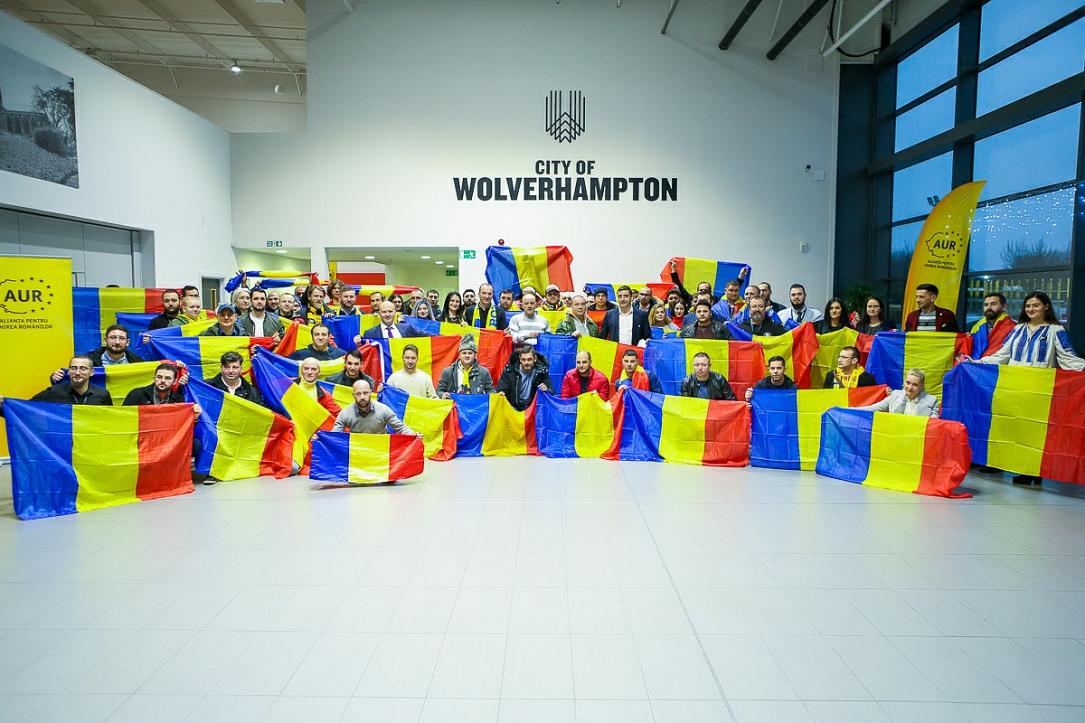 A party of the Romanians living in the diaspora has established a first branch abroad, in Wolverhampton, United Kingdom, Stirileprotv.ro reported. The party is called Alianța pentru Unirea Românilor (The Alliance for the Union of the Romanians). The acronym of the party’s name, AUR, means gold in Romanian.

“The gold of Romania are its people, those within its borders and those who have left in economic exile. The time has come for this gold to surface by itself if the parties that were in power did no want to extract it. Come home to get our country back! Come and take charge! We need you, those who already gained experience in the West. Come and run for public office,” George Simion, the leader of AUR, said in a press release quoted by Stirileprotv.ro.

Having Romanians living in the diaspora run in the 2020 elections is an objective of AUR. Bids were announced for the upcoming local elections in the counties of Alba, Hunedoara, Gorj, Iași, Suceava, Galați, Satu Mare, Teleorman, but also in Bucharest.

“I have been living in the UK for 20 years, since May 21, 1999. How many of you want to return home? Everyone, isn’t it? The leaders, these thieves, dug a precipice between us, the diaspora, and those living in the country. It is similar to a football game: those in the country are on the field, they see only a part of the game. We, in the diaspora, are in the tribune, we can see the entire game. Everyone can make a contribution and bring back what we have learned from the democracies we live in. AUR is the connection between the country and the diaspora. Let’s run for office, as many as possible,” Adrian Popa urged.

More than 900,000 Romanians voted abroad in the second round of the presidential elections this November, surpassing all expectations and prompting some politicians to argue that the record number of voters abroad should also lead to better representation for them in Romania's Parliament. Among them is former prime minister Dacian Ciolos, currently president of PLUS and leader of the Renew group in the European Parliament.