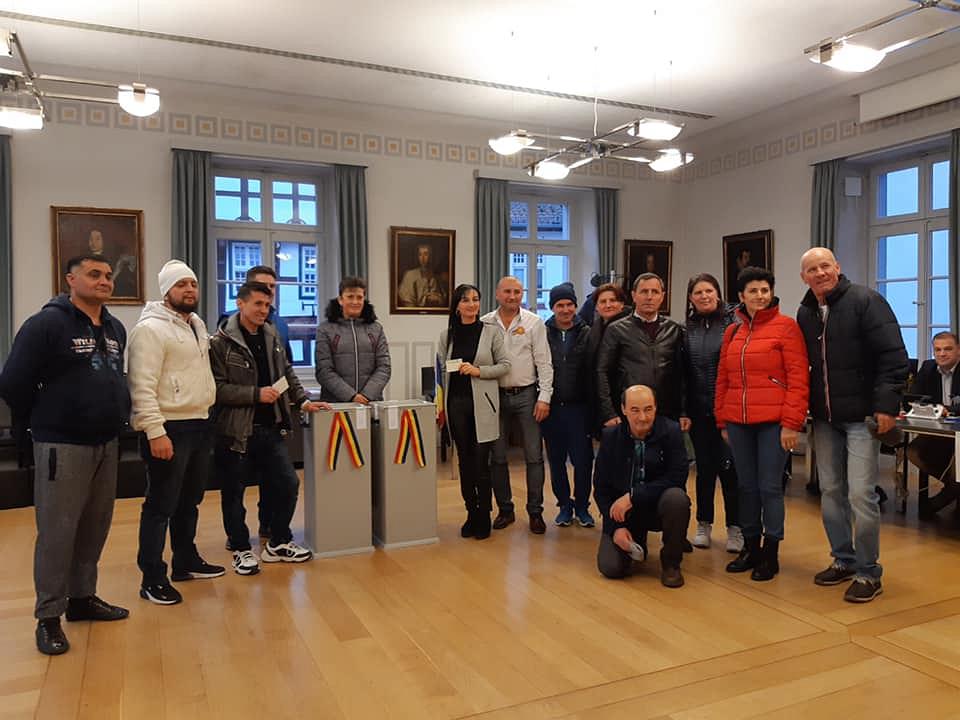 Update 4: About 900,000 Romanians voted abroad in the second round of the presidential elections, by 20:00 (Bucharest time), surpassing all expectations.

The number is more than double compared to the second round of the presidential elections in 2014 when 377,000 Romanians voted abroad, of whom close to 90% voted for Klaus Iohannis. If the share of votes remains similar, then the vote in the Diaspora will likely consolidate what is already anticipated to be a historic victory for the incumbent president.

Some politicians, including former prime minister Dacian Ciolos, currently president of PLUS and leader of the Renew group in the European Parliament, said the record number of voters abroad should also lead to better representation for them in Romania's Parliament. "I salute the record participation of Romanians from the Diaspora. I think it is urgent to amend the electoral law so that they are represented by a number of MPs proportional at least with their participation in the vote. Today, Diaspora votes represent about 10% of the total votes, but the Diaspora only has 1.5% of the seats in the Parliament. It is a flagrant violation of the principle of equality of citizens and, implicitly, of equality between their votes. What kind of equal vote is this? Romanians, wherever they are, should be encouraged to vote, because, in this way, they keep in touch with the country, and the country keeps hoping that one day they will return,” Cioloş wrote on Facebook. He added that he wishes to see as many of the Romanians abroad return to the country and get involved directly by running in the local elections next year.

Update 3: Over 750,000 Romanians voted in the Diaspora voted in the second round of the presidential elections, by 16:50 (Bucharest time), a record presence. In the first round, the total number of voters abroad reached 675,000, at the end of the three voting days. More than 155,000 Romanians voted in Italy, 126,000 in the UK and Germany, and more than 100,000 in Spain. Four polling stations in London and one in Brussels recorded over 5,000 voters.

Update 2: Over 500,000 Romanians voted abroad in the second round of the presidential elections in Romania, by 12:40 on Sunday. The presence abroad has been higher so far than in the second round. For example, in the first round, the 500,000-voters threshold was reached at about 16:00.

Thus, the record set in the first round, when over 675,000 Romanians voted abroad, could be broken today.

Italy is again the country with most voters (over 100,000), followed by the UK, Germany, Spain, Moldova, France, Belgium and Austria.

London is by far the city with most Romanian voters. Four of the top five voting sections by the number of voters are in London and one is in Brussels. The top 10 also includes two voting sections in Chisinau and three in Italy (Rome, Torino, and Monza).

Some Romanians who went to vote abroad also took this opportunity to express their strong feelings about their home country. At a polling station in London, the voters started a hora around the voting box.

At a polling station in Spain, a Romanian woman impressed everyone to tears by singing the song Acasa-i Romania (Romania is home). The video, posted on Facebook by her husband, quickly became viral and was massively shared on groups of Romanians abroad.

At another voting station in Spain, in Valencia, all the members dressed in traditional Romanian blouses (ie) and sang a Christmas carol.

Update 1: Close to 130,000 Romanians voted abroad in the second round of the presidential elections in Romania, by Saturday at 12:00 (Bucharest time), according to live data from the Central Electoral Office (BEC). The presence was higher than in the first round when 108,000 Romanians had voted by the same time. Similar to the first round, the highest number of votes were recorded in Italy, Britain, Germany, Spain, and Moldova.

The voting process in the Diaspora in Romania’s presidential elections started on Friday morning when the first polling stations opened in Australia and New Zealand. Over 17,500 Romanians abroad have already voted through correspondence.

Live data about the number of Romanians who voted abroad are available on the Central Electoral Office (BEC) website.

A record number of over 675,000 Romanians voted abroad in the first round of the presidential elections, more than half of whom voted for incumbent president Klaus Iohannis. His opponent, former PM Viorica Dancila, got a very low score in Diaspora.

You can find an analysis of the first-round vote abroad in this article: Who did the Romanians abroad vote for?