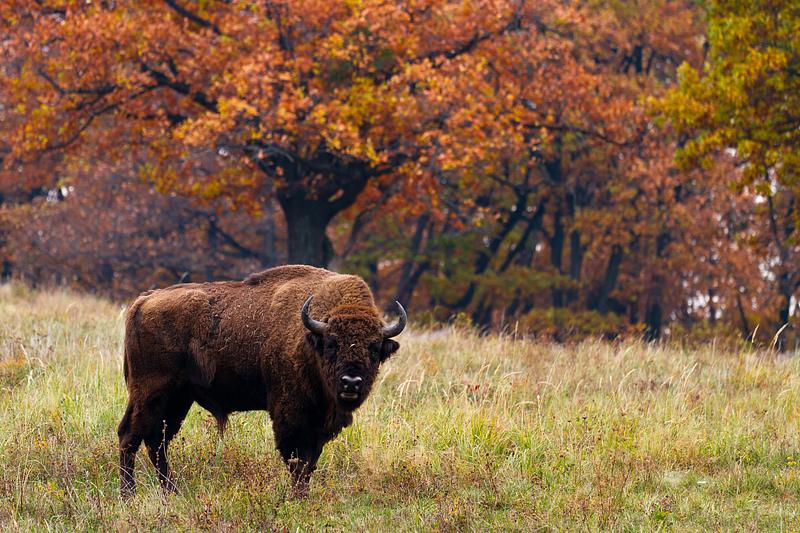 Environment NGO Fundatia Conservation Carpathia (FCC) has kicked off a program to reintroduce the European bison in the Făgăraș Mountains.

The bison disappeared from Romania some 200 years ago. In recent years, it was successfully reintroduced in Neamț, Caraș Severin and Hunedoara counties.

The four bison arriving in the Făgăraș Mountains will be hosted in an acclimatization fold in the area of the Pecineagu lake, beginning November of this year. They will be released into the wilderness in the spring of 2020, at distances of 20 – 30 km away from localities.

The selection of the bison was made based on their European pedigree card, so as to ensure the fast adaptation of the species to the environment and offer maximum survival chances, the NGO explained.

“In order to guarantee favorable results for the project, we took into account all the essential criteria to obtain genetic diversity, as well as the origin countries and environment of the bison. We are proud to have ensured the optimum balance between sexes, this being a challenge in the process of selecting the animals. The daily activity of the bison will be monitored; a few of them will have non-invasive GPS collars, which will not influence their adaptation, allowing us to known their tracks and the habitats the herd will frequent,” Adrian Aldea, a specialist with FCC, explained.

Besides the economic benefits brought to local communities, where nature-observation tourism can develop, the reintroduction of the bison will also benefit the biodiversity. The meadows will be maintained by the bison’s grazing, to the benefit of the deer population, while the wild fauna will be consolidated.

The bison reintroduction program rolled out in the Făgăraș Mountains is part of the project “Creation of a Wilderness Reserve in the Southern Carpathian Mountains, Romania.”  It is implemented by FCC in a partnership with the ProPark Foundation for Protected Areas, Conservation Capital (UK), and prof. Alistair Bath (Canada), between 2019 and 2024. It receives financial support from the Arcadia Foundation through the Endangered Landscapes Program and from the European Commission through the LIFE program.