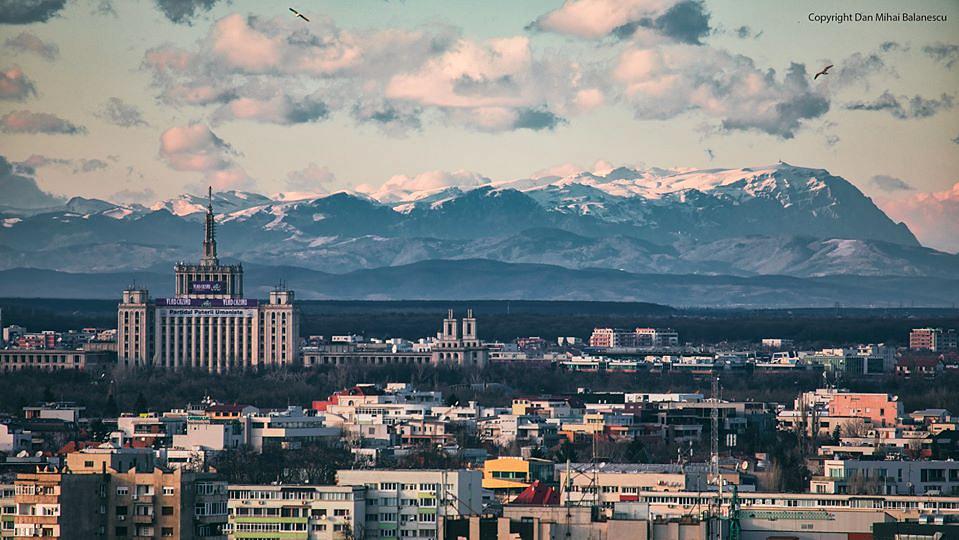 Residents of the Romanian capital Bucharest were able to witness on Wednesday, February 12, a rather rare phenomenon as they could see the Bucegi Mountains from the city. Many took photos and posted them in social media.

Romanian photographer Dan Mihai Balanescu, who became famous with his photos of the protests in Bucharest’s Victoriei Square three years ago, captured this spectacular photo of the Bucegi Mountains from the top floors of the Intercontinental hotel, in downtown Bucharest.

The Bucegi Mountains, located about 150 kilometers north of Bucharest, are sometimes visible from the city during autumn or winter, when certain atmospheric conditions are met, namely when the weather is fair and the air is cold and dry, according to Digi24.ro.