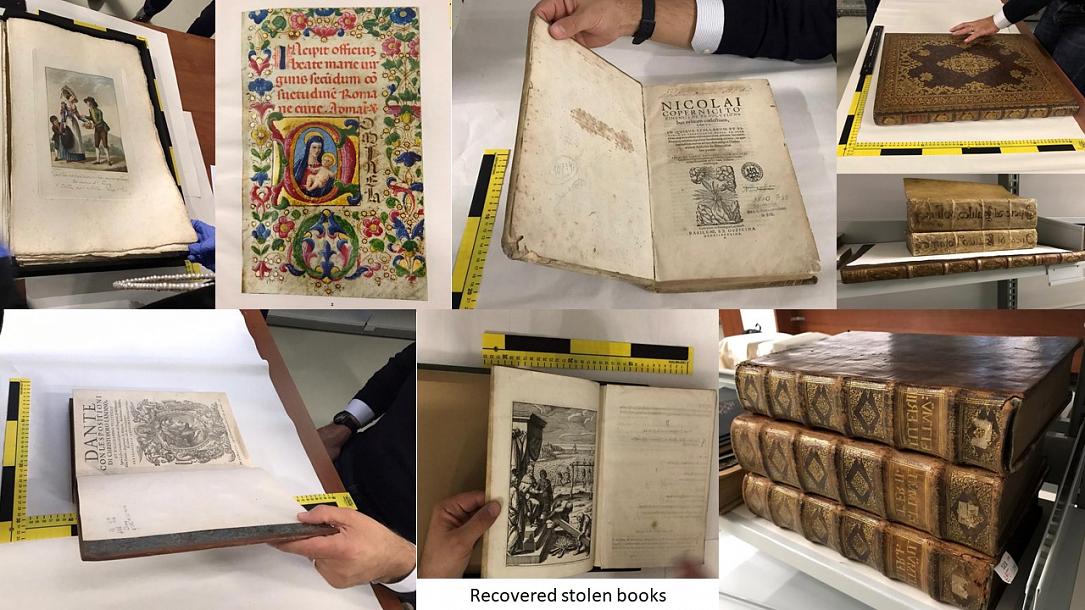 Officers of the London Metropolitan Police (Met) have returned 240 culturally significant specialist books worth over GBP 2.5 million (EUR 3.3 mln) to their rightful owners following a joint operation with Romanian authorities.

The books had been stolen in January 2017, during a highly sophisticated burglary in Feltham, London. The Romanian burglars broke in through the roof of a warehouse where the books were held and descended using a similar method to that used by Tom Cruise's character in one Mission: Impossible film. Thus, the British media called the Romanian burglars the Mission: Impossible gang.

All but four of the books, which include works from the seventeenth century by Italian astronomer Galileo, Sir Isaac Newton, and the eighteenth-century Spanish painter Francisco Goya, have been recovered. In September, the stolen books were discovered in Neamt county (northeastern Romania), buried underground in a garage.

Met detectives traveled to Bucharest in October to formally identify the books. They met with four of the five victims, along with Romanian police officers within the Directorate for Investigating Organized Crime and Terrorism (DIICOT), at Romania's National Library. The library's experts hosted the identification and assisted in the books' safe recovery and return to their owners.

Unfortunately, 83 of the books recovered suffered some damage, ranging from slight to severe. The damage was mainly caused by water and mold from underground storage and broken spines from poor methods of transportation. Twenty-eight were assessed as having substantial damage, and two books were so severely damaged they have been initially assessed as being beyond repair.

Met officers have worked for over three years, together with officers from the Romanian National Police acting under the direct guidance of DIICOT and Italian Carabinieri for the Protection of Cultural Heritage, supported by Europol and Eurojust, on the international operation to recover the books and bring the offenders to justice. The books were transported to Romania by an organized crime group, who were all Romanian nationals. The men, twelve in total, were jailed at Kingston Crown Court in early October for the commission of burglaries at commercial premises across the United Kingdom.