Guest post: The “Audrey Hepburn” of tennis wins at Wimbledon 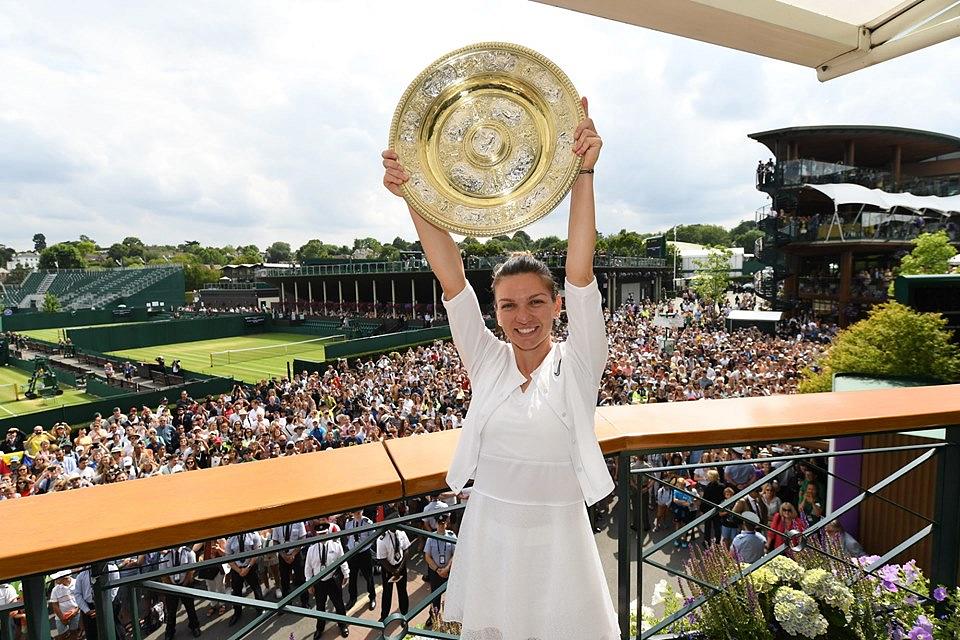 Guest writer Douglas MacKinnon, a former White House and Pentagon official and book author, makes an interesting parallel between one of the most famous actresses in Hollywood history and Romania’s tennis star Simona Halep, this year’s Wimbledon winner.

Years ago, while working in the White House, I had the great honor to meet and converse with the iconic Audrey Hepburn*. The very personification of class, elegance, humility, kindness, charity, and talent.

Years before that, I spent a few years trying to play ice hockey for a living and was also invited to one major league baseball camp. That simply to say that I at least know enough about sports to understand how tough it is to reach the highest levels, and the tremendous work and sacrifice one must put in to even attempt such an effort.

For me at the time – like many young athletes before, then, and now – excelling at a sport offered at least the tiny possibility of opening a door which would help me escape abject poverty. Much of my childhood was spent homeless and by the time I was seventeen years of age, we had been evicted from thirty-four homes.

That background given, simply to say, that when you live a life such as that on the streets, you get a real education in people. No matter if you want it or not.

At sixteen years of age, I saw the movie “Roman Holiday” for the first time, and like many young men, instantly developed a crush on Audrey Hepburn. Instinctively, part of that crush came about because Audrey Hepburn – the human being – was so kind, so giving, so empathetic, and so humble.

Today, I am blessed to be married to a truly amazing woman who has completed me in so many ways. A woman who is also, a very good tennis player.

I have always been a fan of tennis, but because of my wife’s real talent for, and interest in the sport, I started to pay even more attention.

About five years ago, I got to watch Simona Halep play for the first time. More than recognizing her immense talent, I was struck by her genuine humility, her kindness toward others, her class, and even her faith.

I turned to my wife and said at the time: “In terms of talent, class, elegance, kindness, and humility, she is the Audrey Hepburn of tennis.”

Unfortunately, as we have seen with increasing regularity, that obnoxious type of behavior often does get rewarded in a very big way by companies seeking their own celebrity and their own profit at any cost.

Regretfully, athletes craving and existing within that bubble of hedonism are now the norm.

Once in a great while, an exception comes along. An exception who should be celebrated for the values she or he lives by on a daily basis.

Simona Halep is such an exception. Her class, kindness, humility, and faith are a breath of fresh air in the often smog-filled stadiums of: “It’s all about me.”

Through friends who were born, lived, and worked in Romania, I have learned a great deal about the country over the years and believe it to be a still somewhat hidden gem filled with good, hard-working, and caring people.

Simona Halep made and created history for the people and country of Romania at Wimbledon and all who live there should take great pride in that incredible accomplishment.

For those of us outside of Romania, we should pause to realize that we just witnessed something all too rare these days. An athlete of style, grace, charity, class, humility, and faith rise to the pinnacle of her sport.

Simona Halep is a role model who should be cherished for the values she brings to her sport and…life. Her success elevates us all.

Douglas MacKinnon is a former White House and Pentagon official and author of the books:  The North Pole Project – In Search of the True Meaning of Christmas and The Forty Days – A Vision of Christ’s Lost Weeks.

*Audrey Hepburn was a British actress who became famous in the early 1950s after her role in Roman Holiday, for which she received an Oscar and a Golden Globe. She also starred in iconic movies such as Breakfast at Tiffany's and My Fair Lady.