When a foreign country feels like home: A Spaniard’s special connection to Romania 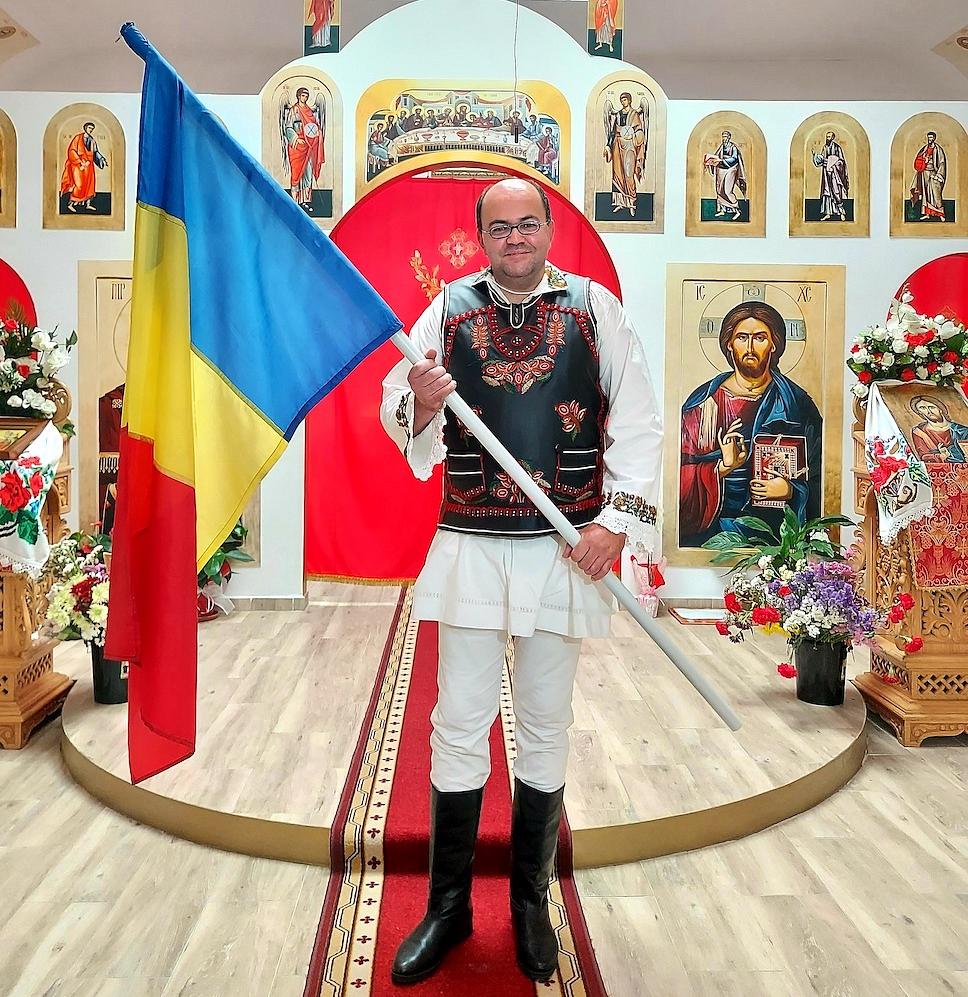 Agustin Montero is Spaniard by birth but Romanian at heart. A visit to Romania changed his entire life, as he fell in love with the local traditions, language, and history. Married to a Romanian woman, he now speaks and thinks in Romanian. And although he continues to live in Spain, he says his heart and mind are here.

Agustin Montero, 47, was born in Spain. He is a positive and friendly person who likes to travel and spend time in nature. He is also an animal lover and a fan of sports. And a promoter of Romania, the country that won his heart about 18 years ago.

Agustin is a native of Castilla-La Mancha, the land of the famous literary hero Don Quixote. He spent his childhood in the small village of Abengibre, the province of Albacete, surrounded by traditions that look a lot like those still found today in some parts of rural Romania.

“I grew up in the countryside, and I consider myself lucky to have had such a childhood. My village is very small, about 700 people still live there today. I remember all the children gathering and playing on the street after school. I lived a traditional village lifestyle. My parents raised pigs at home, and we were slaughtering a pig for Christmas. The neighbours were coming together, they were helping each other,” Agustin told Romania-insider.com.

People were living a simpler life back then. The women were coming together to chat and make clothes for their children, and the villagers were always ready to lend a helping hand. A lifestyle that, as Agustin discovered many years later, still survives in Romanian villages.

Agustin Montero moved to Barcelona at the age of 14 but has always kept that simple village life in his heart.

It was the summer of 2004 when Agustin drove to Romania for the first time, a country he knew little about, mostly from other Romanians living in Spain. “I could say I knew some things about Dracula, Nicolae Ceausescu, Nadia Comaneci, and some Romanian footballers.”

But back then, he fell an almost instant connection with the country.

“It was a great experience that I think changed my life because it was so beautiful, I was welcomed with open arms wherever I went, and I just wanted to return to Romania to get to know this country better. I visited many other European countries before, but I never felt a connection like the one with Romania,” Agustin said.

He kept returning to Romania after that first visit, learning the country’s language, culture and history.

“At first I was impressed by the landscapes, but then, when I got to know the country better, I started to visit the elderly, who told me about the old days, taught me a lot about Romania. Nowadays, when foreigners ask me about Romania, I advise them to visit the country but go beyond the most famous tourist objectives, go to the villages, discover the essence of Romania, the rural life, interact with people. This village lifestyle, with simple, welcoming people, is on the verge of extinction, and I think we could learn some very important life lessons from them,” Agustin Montero said. 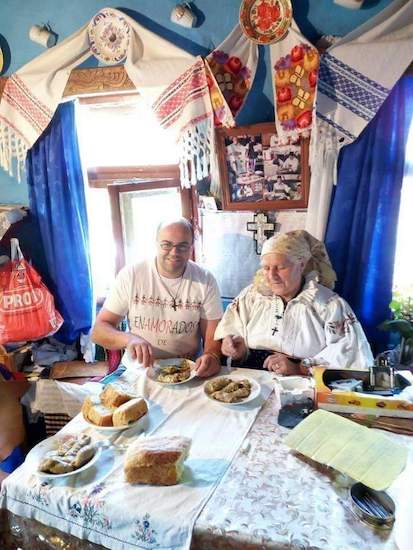 A life-changing moment happened when he visited the impressive monasteries of Bucovina. Inspired by their beauty and the peace and calmness of the religious ceremonies, he started going to Romanian churches more often, both in Romania and in Spain.

“While visiting Bucovina, I was impressed by the beauty of the monasteries and went there every day. Although I didn’t understand much at that time, neither the language nor the holy liturgy, I felt an inner calmness and peace that made me want to keep going to the Romanian Orthodox Church here, close to the area where I live. I converted to the Orthodox religion in September 2014, and I can say that the transition to Orthodoxy changed my life for the better,” Agustin explained.

In fact, in 2013, he actually met his wife in a Romanian Orthodox Church in Villarrobledo, Spain. “That’s how the good God wanted, for me to meet a wonderful person, a noble soul, a welcoming, respectful person, with common sense and faith.”

The couple chose to have a traditional Romanian wedding in Prundu Bargaului, the home village of Mariana. The happy event took place on July 19, 2015, exactly 11 years after Agustin’s first visit to Romania.

“On July 19, 2015, we married wearing Romanian folk costumes. For me, the traditional costume is an essential element of culture and a sign of respect for the ancestral tradition,” Agustin said. 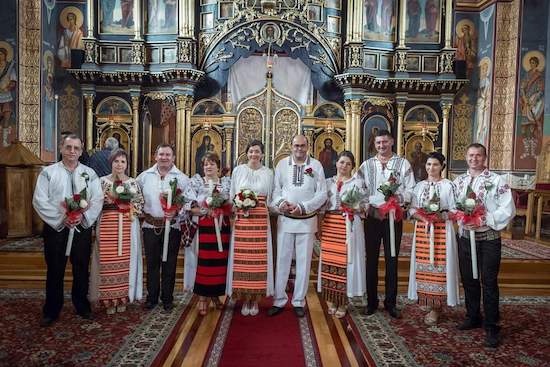 He still wears the traditional Romanian costume whenever he gets the chance, be it to go to the church or meet other Romanians living in Spain.

In fact, because they love the local traditions so much, the couple decided to turn one of their rooms in Spain into an authentic Romanian corner. They used folk costumes, rugs and blankets, and other traditional items from Romania to decorate the room Agustin goes to when he wants to feel closer to the country he loves. 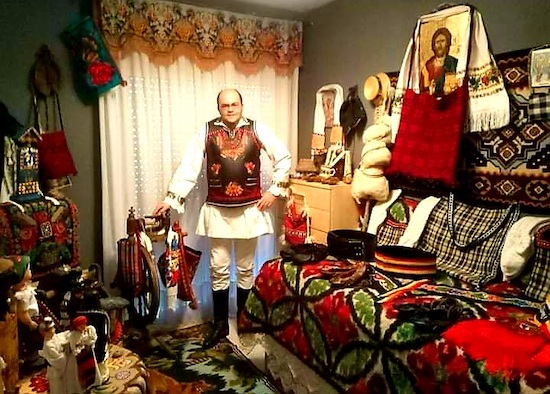 Agustin Montero comes to Romania once or twice a year and says that every time spent here “is a blessing from God.” He likes to travel around the country, to Maramures, Bistrita Nasaud, Salaj, or Bucovina and considers moving here one day.

“I don’t know what the future holds, but I do know that I feel like I live in Spain only physically, my heart and mind are always in Romania. It’s like living parallel lives. The house that my in-laws built for us is in Prundu Bargaului, and if we ever decide to move, we will definitely move there. There is heaven on earth!”

Agustin Montero believes Romanians should be proud of their country and nation. In fact, he uses every chance he gets to promote Romania and the local traditions, be it in real life or online, on two Facebook pages he created especially for this: Descubre Rumania and Agustin Montero, un spaniol indragostit de Romania.