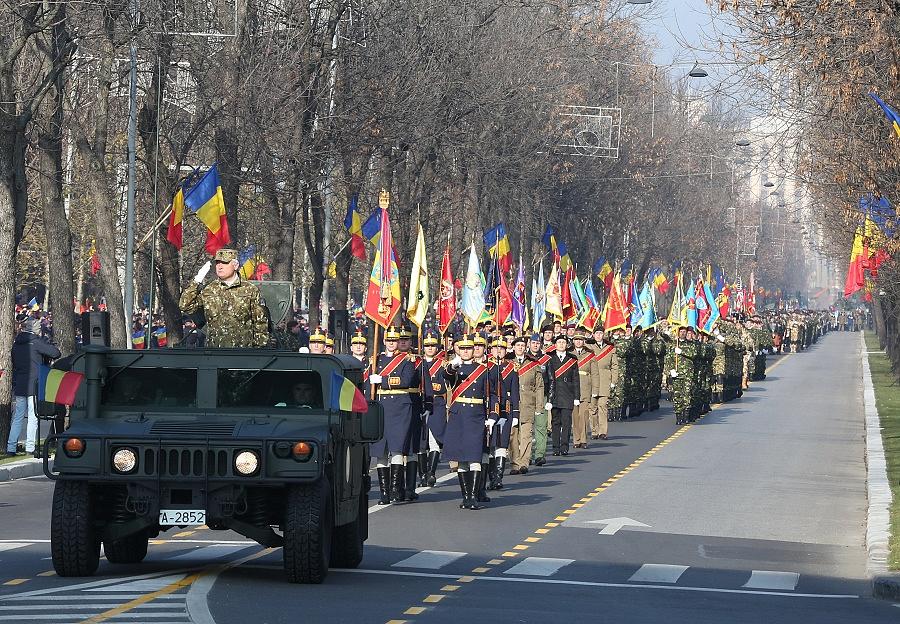 About 4,000 soldiers and specialists from the Ministry of National Defense, the Ministry of Internal Affairs, the Romanian Intelligence Service and the National Penitentiary Administration, as well as troops from several allied or partner countries will participate in the National Day parade in Bucharest.

More than 200 technical means and about 50 aircraft will also be brought at the event, according to the Defense Ministry.

The military parade will be organized at the Arch of Triumph in northern Bucharest on December 1, starting 10:00.

The National Day parade will cause several traffic restrictions in the Arch of Triumph area. Also, the Defense Ministry announced that the use of drones is prohibited in the areas where such events are being organized..

A military and religious ceremony will also take place at the Tomb of the Unknown Soldier in Carol I Park, in Bucharest, starting 08:00.

This year’s National Day, which is celebrated on December 1, marks 100 years since the Great Union of 1918, when several provinces, including Transylvania, Bessarabia, Bucovina and Maramures, joined the Romanian Kingdom of the time.