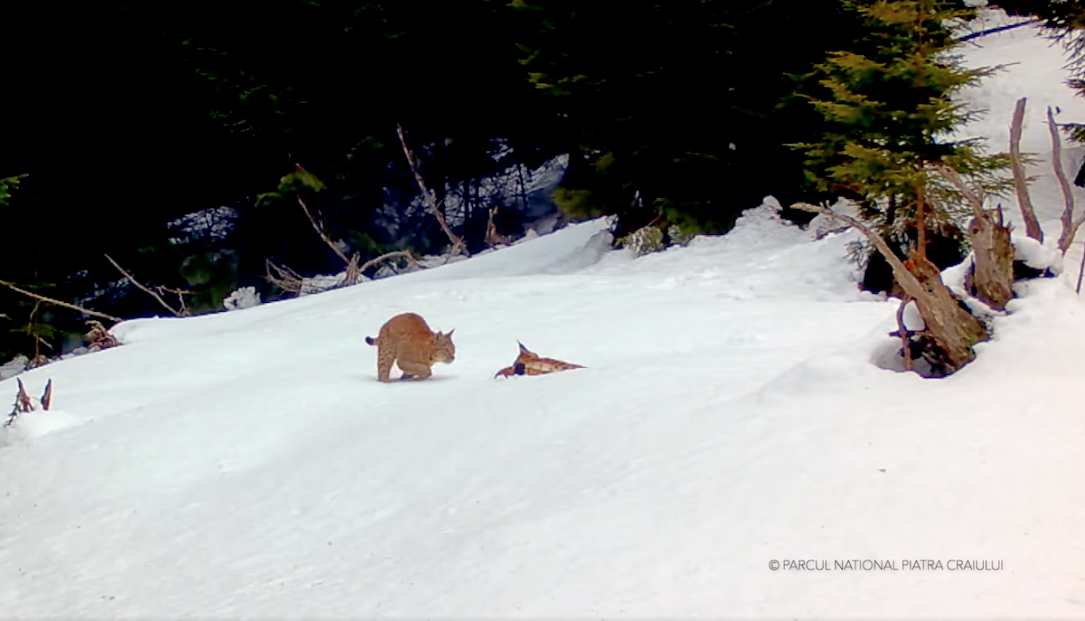 A short video shared on Facebook by the Romanian Ministry of Environment shows two lynx playing in the snow in Piatra Craiului National Park. A monitoring camera installed in the area by the park’s rangers captured the images.

“Two gorgeous lynx hidden somewhere in the depths of the forest are enjoying the snow, playing, with several birds singing in the background,” the ministry said in the message accompanying the video.

Capturing such an amazing wildlife scene on camera is quite rare in Romania as the lynx are very discreet animals, rarely seen by people. They are easily recognizable, however: long hair and short tails, and black tufts of hair on their ears. Their long legs and large paws help them travel in deep snow. Their body length ranges from 80 to 130 cm, with males usually weighing from 18 to 30 kg and females from 8 to 21 kg. Read more here - Nature in Făgăraș Mountains: The lynx in Romania.