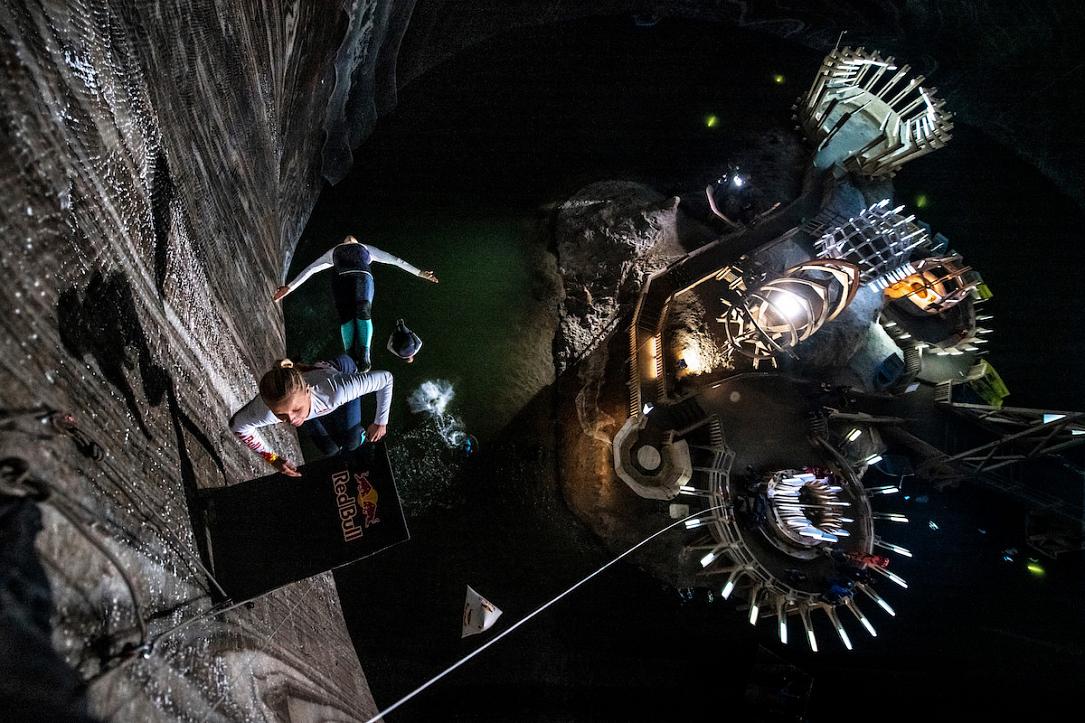 Australian Rhiannan Iffland, the world champion in the Red Bull Cliff Diving competition, and Romanian cliff diver Constantin Popovici set a world premiere as they jumped into the underground lake in Romania's famous Turda salt mine.

They jumped from a platform hanging 20 meters above the lake's surface, located some 120 meters underground. In their attempts, they had to overcome a series of challenges posed by the unique conditions in the salt mine. One of the main challenges was the quick deceleration due to the underground lake's high water salinity, which is eight times higher than that of the Adriatic Sea.

Thus, although they reached a speed of about 85 km/h during their jumps, they only reached a depth of 2.5 meters, as opposed to a standard depth of 5 meters for such jumps.

"This project is a world premiere. For me, the most difficult thing was to overcome the fear that this challenge initially gave me. It was a unique experience for me to perform a jump in such a dark space, in a lake with such a high salinity, the water having a density 17% higher than seawater," said Rhiannan Iffland.

"I am very proud that I can represent Romania at such a high world level! The location is spectacular. This was, from a mental point of view, the most difficult project in my sports career," said Constantin Popovici, the Romanian who won two world stages in the Red Bull Cliff Diving series. 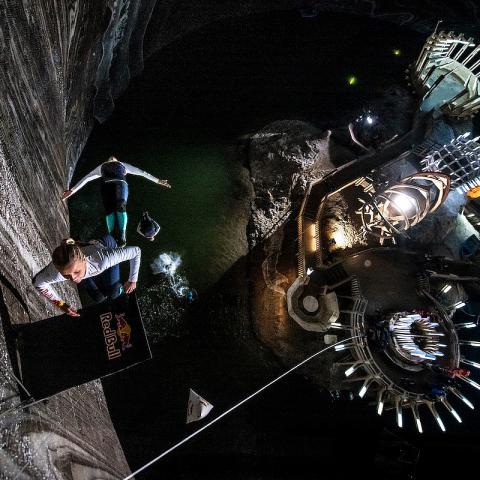 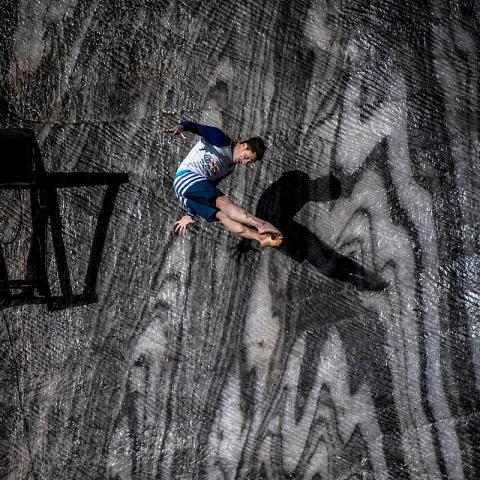 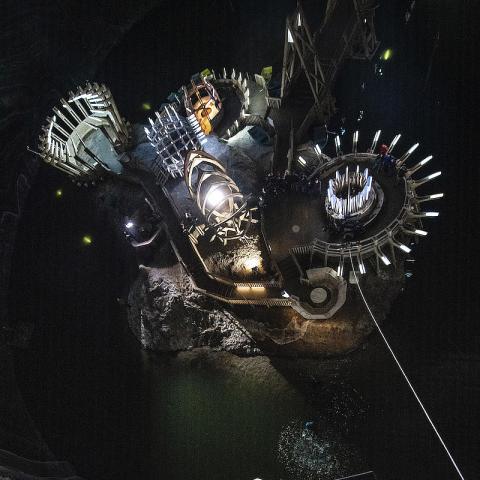 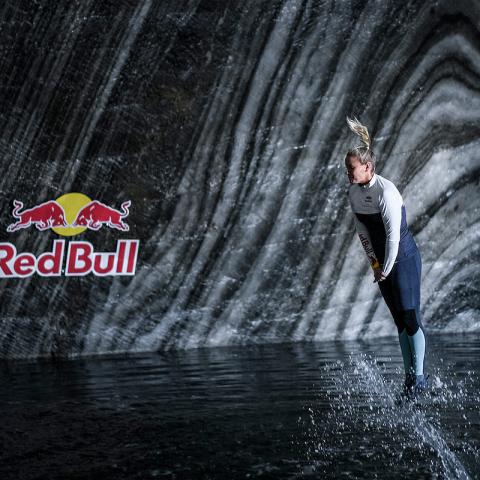