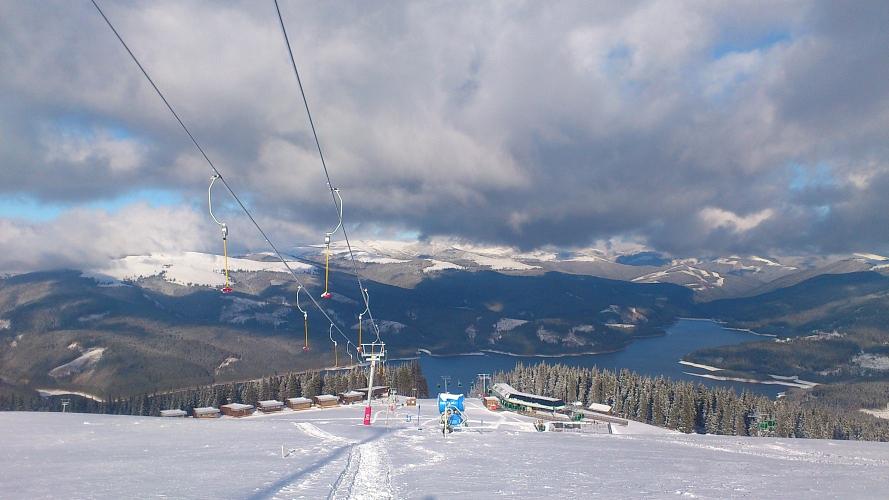 Transalpina Ski Resort, one of the most beautiful ski resorts in Romania, is not welcoming any tourists just yet, as the local authorities failed to open it so far this season.

More than 60 managers of guesthouses in Voineasa, Valcea county, have protested late last week at the City Hall, unhappy that the ski resort is still closed in the middle of the winter season, local Voceavalcii.ro reported. They say that the situation is strongly impacting their businesses.

The local publication reported that Acomin, the firm that has managed the ski slope so far, would not participate in the auction scheduled for January 9, via which the local authorities are to appoint a new manager for the slope. Acomin has to recover RON 24 million (more than EUR 5 million) from the Voineasa City Hall for some works that were not included in the original project. The City Hall already lost the lawsuit against Aconim, but the decision was not final.

Although the City Hall is to organize the tender for appointing a new manager for the slope on January 9, there is little chance for the beautiful Transalpina Ski Resort to be opened this season, according to Voceavalcii.ro.

Constantin Radulescu, the president of the Valcea County Council, said in a press release that he hopes the situation would be solved soon, so that the ski slope is opened after January 10.

“The Valcea County Council will give, under the law, all the support to overcome this situation, so that the tourists can enjoy the ski area Transalpina Ski Resort,” he added.

Transalpina Ski Resort is located in Voineasa, Valcea county, near the Vidra Lake, some 300 km away of Bucharest. The ski area, inaugurated in December 2012, has slopes with a total length of more than 9 km that start at an altitude of over 2,000 m.