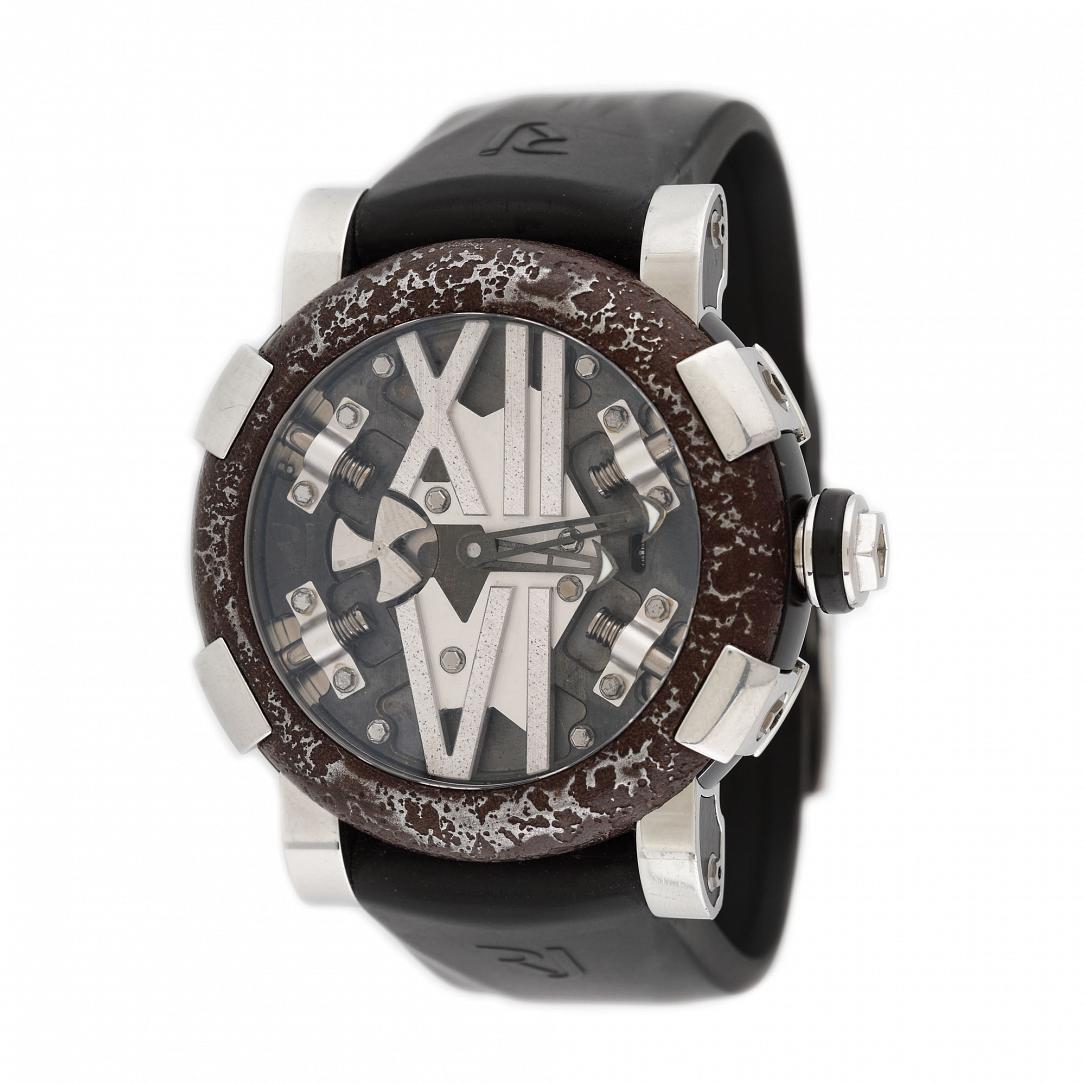 A limited-edition watch made using steel collected from the sunken Titanic ship will go on sale at an auction held online by Artmark, on November 10.

The Romain Jerome Titanic-DNA watch (pictured) was designed in 2012 in a limited series of 80 items. They were made using steel harvested from the Titanic in 1991, and treated to stop the oxidation of the rusted metal. The watch has a starting price of EUR 4,000, compared to an average market price of EUR 20,000, Artmark announced.

Another timepiece on sale was created for James Cameron, the director of Titanic, the Oscar-winning film dealing with the 1912 sinking of the ship. Rolex created the experimental model Deepsea Sea-Dweller, which was tested in the Marianas Trench, in the western Pacific Ocean, Artmark said. The watch has a starting price of EUR 9,000.

Three DeWitt watches will also go on sale at the auction alongside Rolex, Audemars Piguet, Patek Phillipe, Ulysse Nardin, Harry Winston, Van Cleef & Arpels, and Cartier watches. Another high-end model is the diamond-ornate Faberge No. 6 watch made of rose gold, which goes on sale for a starting price of EUR 3,000.

In total,156 watches are included in the auction. They can be seen at the Cesianu-Racoviță Palace in Bucharest, starting October 27.