For the love of music: Peruvian Ruben Villanueva moves to Bucharest to start a new rock band 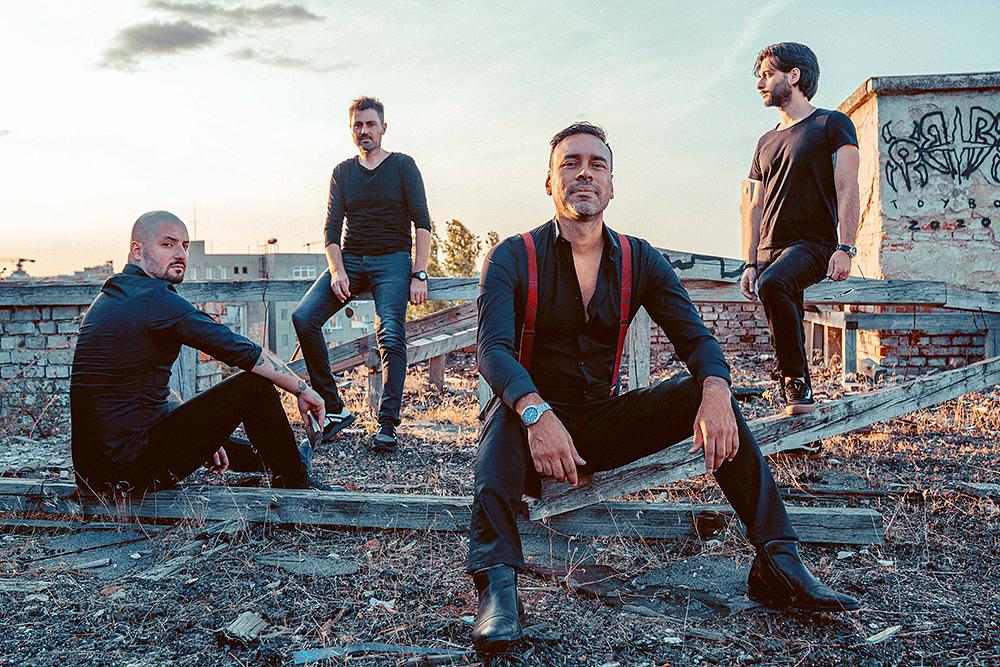 Ruben Villanueva decided to move to Bucharest about two years ago with a big plan in mind: to start a new music project. And today there's a new rock band in the city - Guilty.

Ruben Villanueva, 42, is originally from Lima, Peru, but spent the largest part of his adult life in the UK. He is an e-commerce consultant with a big passion for music. That's why, in the UK, he was also part of a few covers and original bands.

He first discovered Romania in 2014. "As soon as I landed, I became really fascinated and enthralled by Bucharest's post-communist architecture and urbanistic style, which was totally new for me," he told Romania-insider.com. Plus, he found Romania to be more affordable than most western European countries, as well as a country with friendly people, exciting nightlife, and impressive natural landscapes.

Ruben decided to return to Bucharest in 2018 with a big plan in mind: to start a new music project here, as he believed there was still room in the city for a rock band with a more contemporary sound. Thus, by early 2019, he launched the alternative rock band Guilty, together with musicians from Brazil, Germany, and Romania. The band replaced two of its members about a year later but kept its fresh sound.

As expected, 2020 was not an easy year for Guilty, but the band and its lead singer Ruben Villanueva have big plans for 2021.

In an e-mail interview, Ruben Villanueva talked to Romania Insider about his life in Romania and what this country means to him, but also about the Guilty band and its plans for a (hopefully) better 2021. 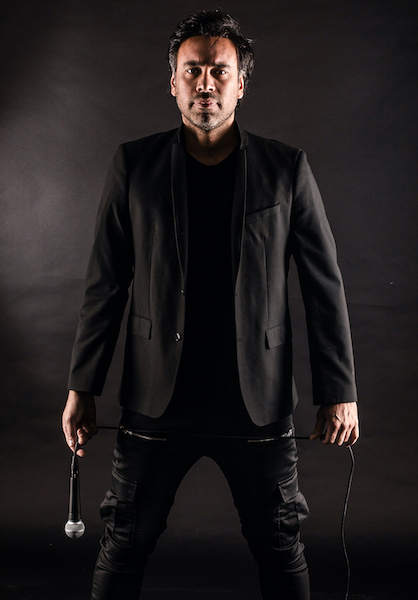 I am 42 years old, originally from Lima, Peru. I grew up in Lima until the age of 19 to then migrate to the UK, where I spent the largest part of my adult life. I have been an e-commerce consultant for the last 16 years and an avid musician singer-songwriter since my late 20's.

As a consultant, I worked for numerous large online retailers and digital agencies in London throughout my career. As per my music vocation, I have been part of a few covers and original bands in the UK before moving to Romania.

How long have you been in Romania, and what brought you here? What is your main activity here?

In early 2014, I became a digital nomad to then, by mid-2014, I visited Romania for the first time, and the country became my main base until 2016. From here, I was doing a lot of traveling, primarily around Eastern Europe. Romania was the 4th country I visited from my list of countries to visit.

As soon as I landed, I became really fascinated and enthralled by Bucharest post-communist architecture and urbanist style, which was totally new for me. Also, I found very attractive the moderately affordable cost of living in contrast to most western European countries, the unbelievably exciting nightlife, and the friendliness of Romanians towards a foreigner such as myself. I'd say that my main pursuit back then was to socialize as much as possible to discover the Romanian nation and culture.

Please tell us how the story of Guilty started. Who are the other members of the band?

In 2018, I chose to return to Bucharest to set up a rock band. Therefore, by the end of 2018, I was once again in Romania, searching for musicians to start a new musical project.

Having spent a reasonable amount of time in Romanian earlier, I guessed that there could be a loophole for a new commercially driven rock band in the Romanian music scene, as I observed that most rock bands over here sounded a bit old school. I believed that a band with a contemporary rock sound could breakthrough.

By early 2019, I officially started Guilty together with guitarist Renan Santos (Brazil), guitarist Gunes Sensoy (Germany), and drummer Marius Deak (Romania). Collectively we recorded four singles, and three of them have already been released. Back in 2019, we had the opportunity to play a few gigs, which were very useful for us in terms of feedback to help polish our vision as a commercially driven band.

2020 wasn't the best for Guilty due to the global pandemic as we hardly played out. However, we spent a lot of time running the project online, striving to increase our social media reach. On the other hand, despite all the external problems, we succeeded in producing and releasing two music videos as well as a single during the height of the pandemic period.

Our plans for 2021 are to record and release a full album, and we are currently in the process of preparing details to make it as extraordinary as possible. We believe that by making this record, we'll solidify Guilty's music style direction as well as capture the media's interest. I take this opportunity to invite you all to discover Guilty by following us on Facebook or by visiting our official website - guiltyband.com.

As I mentioned earlier, as soon as I arrived in 2014, I became really intrigued and charmed by Bucharest's post-communist architecture and urbanist style, as this kind of landscape was totally new for me. It felt exciting and a bit edgy. It kind of evoked me to my natal Lima that is a bit of an urban jungle.

I was also pleasingly surprised by Romanians' great command of the English language, particularly by young Romanians, which helped to make days more flowing.

Also, I started traveling inside the country to nearby towns in Transylvania, which I loved, little treasures such as Sighisoara, Brasov, Sinaia, they all look more appealing and than the bustling Bucharest.

What was your main challenge when arriving in Romania? How did you overcome it?

I had a few challenges. I suppose that after having had lived in the UK for countless years, I was too used to the British system and way of living so, once in Romania, I definitely had to relax a bit more and take my new environment with a pinch of salt as everything over here works slower. Living in Bucharest sort of evokes my home country Peru which is somewhat a disorganized society that can bring edginess and adventure into your daily life.

What has Romania brought to your life?

Many acquaintances and some genuine friends whom I dear hugely. Romania also brought a lot of fun and peacefulness into my life as I find Romania a pretty safe and friendly country. Nevertheless, most importantly, it gave me the possibility to meet my current bandmates who genuinely believe in Guilty.

What are the three things you like most about Romania and why?

I think Romania is good value for money as it's amongst the most affordable destinations in Europe - for example renting a property is not so costly as opposed to other European capitals.

Secondly, I'd say the impressive nature with its amazing wildlife is really extraordinary. I find Romania so different geographically with its snowy mountains ideal for hiking, as well as its gritty Black Sea beaches. I also believe Romania is one of the greatest places in Europe to do wildlife watching. Definitely, Romania's natural wonders are something else.

Third, I'd definitely say Romanian people. I really appreciate the Romanians' sense of nationalism and passion for their cultural legacy. I also welcome Romanians' directness and stubbornness, which is unquestionably the way to move forward in a highly competitive nation such as Romania.

I don't like the Romanian wintertime. It's too cold for me, acknowledging that I come from a warm country.

Next, I don't like street traffic in Bucharest. I observe many daredevils and threatening drivers behind the wheels over here, forcing you to take a defensive attitude as a driver or pedestrian.

What is your favorite place in Romania, and why?

My favorite city in Romania is Arad. I was over there this summer. I am a fan of late 19th, 20th-century architectural styles, so I truly fancied strolling up the city's main streets, parks, and monumental buildings. I found Arad a city of remarkable constructions and architecture. It has a reminiscence of a Hungarian town.

I adore sarmale (e.n. a mixture of rice and minced meat rolled in cabbage leaves) and mici (e.n. short sausages without casings). They are so mouth-watering and tasty.