Romanian film review: The Exit of the Trains & F-Sides Cineclub 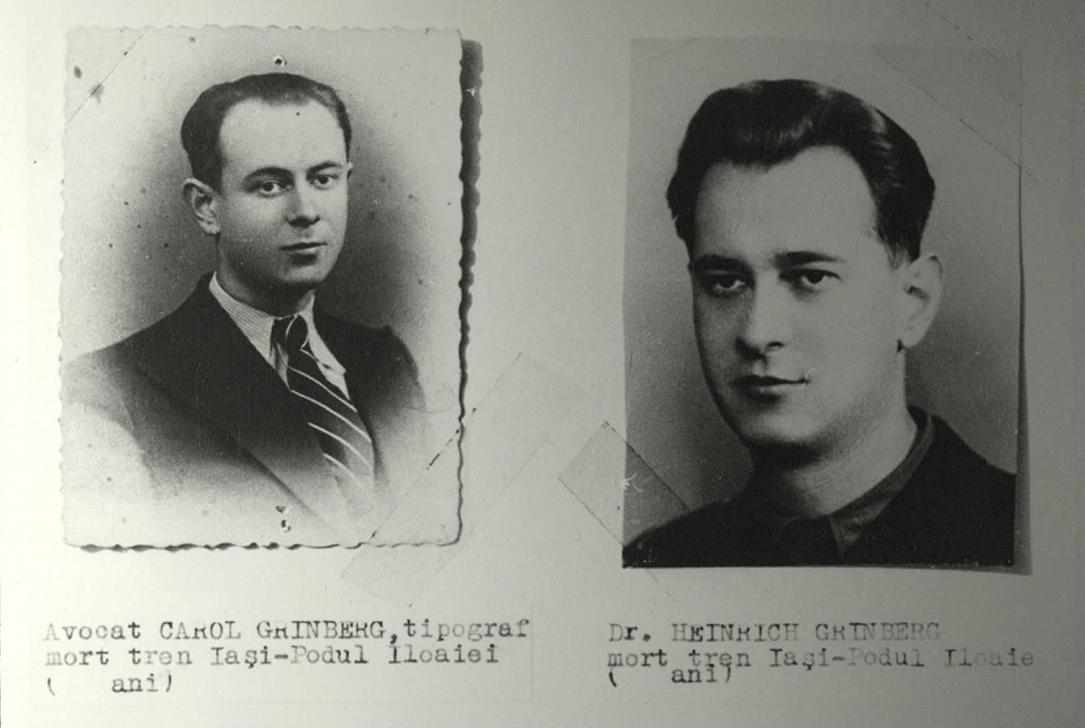 Radu Jude's Ieșirea trenurilor din gară/ The Exit of the Trains premiered on 18 June and is still shown in selected cinemas. I had the impression that its premiere, already delayed due to the pandemic, was rather low-key, and I suspect the current situation is to blame for that, which is terribly unfortunate because this monumental documentary deserves all the spotlight.

Returning once again to the persecution and murder of the Jewish population in Romania, Jude looks at the pogrom in Iași in June 1941, when more than 13.000 Jews were murdered within days. As he did in The Dead Nation, he works with the uncompromising experimental form, shaping his film like an essay. What we see is a succession of photographs of the Jews killed, taken from official documents, passports, family albums, while a voice from the off tells the story of how they died. These testimonies are mostly by the women in these families as the murdered Jews were mostly male, or neighbours or friends who survived the ordeal, and are narrated in a factual, sober manner. The victims are shown in the alphabetical order of their names; sometimes there are no pictures to the narrations because they were lost, or no story of the dead, because no survivors could be found. After two and a half hours, the focus changes and we see a succession of photographs of the pogrom, in chronological order.

This time, Jude’s long-term collaborator, historian Adrian Cioflâncă, co-directed the film, and it shows. The film is meticulous to the last detail, and very dense. This density of archival, historical facts and documents made the Q&A with him and Jude after the world premiere at the Berlinale in 2020 one of the best I ever attended, like a separate lesson in history and history-writing to accompany the movie. Without it, I confess I would have understood much less, but the overall effect of the film would have been the same nevertheless: outraging, saddening beyond words. This is a catalogue of horrors, and terribly difficult to sit through, but The Exit of the Trains is also much more than 'just' a film, it is a document, a very necessary one in a country that is still very reluctant to discuss its crimes, and a remarkably ethical one.

F-Sides Cineclub is a fairly recent project, screening films made by women and organising talks on pressing matters involving women and the feminine experience. This week, they screened Kelly Reichardt’s terrific western Meek’s Cutoff. Reichardt’s films are interested in relations between people rather than in plots, and they take their time. Meek’s Cutoff is particularly slow-burning, but a wonderfully rewarding take on a story of settlers in the 1840s trying to find their way through the unforgiving desert of Oregon. The main characters here are not gunmen, though, but women, and the whole film is a great twist on many classic tropes in westerns. But it is not only the point of view of women that Reichardt is so adept at showing, but also of the dispossessed, the outsiders, the less fortunates ones. Her films are spare, and often terribly sad but wonderfully human, and Meek’s Cutoff is one of her finest. The introduction talk was about the challenges of research and borders, both internal and external, and how women can manage or cross them in their line of work. Check out their future events here.

(Photo info & credit: The Exit of the Trains on Cinemagia.ro)