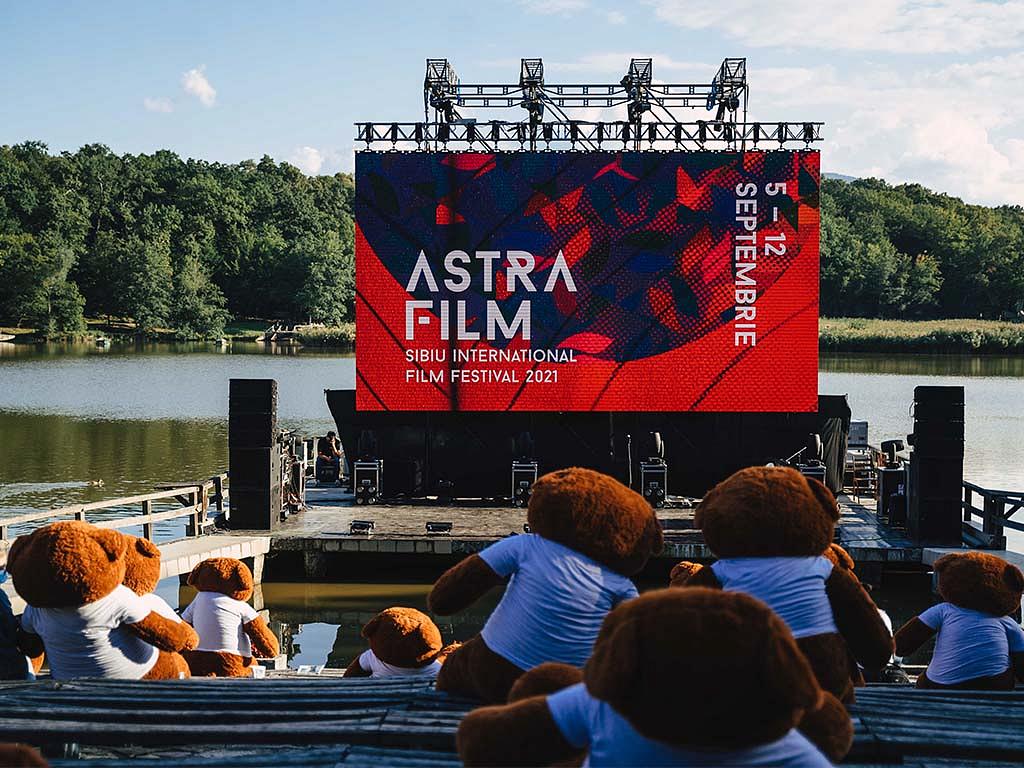 Not long ago, I was lamenting that not much was happening in Brașov movie-wise (I am from there, so whining about it is perfectly healthy) and now I stand even more corrected, because not only has this summer been an improvement over past ones, but the autumn starts with an absolute unmissable event. One World Romania, the most important national documentary event, will bring a part of its selection to Brașov between 16 and 19 September. My absolute recommendation is Petit Samedi/ Little Samedi, a wonderful tale on addiction and familial love, but They Call Me Babu and None of Them Says a Word are just as topical and moving, while My Mexican Bretzel is an absolute delight, a nostalgic praline.There will also be discussions ranging from artistic work in times of Covid to the plight of refugees (accompanied by a photo exhibition), so if you are there, do save these dates, this is great and rare stuff.

One World follows THE traditional documentary event of autumn, namely mighty Astra. Taking place in Sibiu until 12 September, the international documentary festival has a strong focus on anthropology and ethnographic studies, and is a treasure chest of films that you might be otherwise very hard pressed to find, on the most particular subjects. There is so much to recommend and discover, but if I were to pick the unmissable, it would be Salomé Jashi‘s Taming the Garden, the unbelievable story of a Georgian billionaire collecting ancient trees from all over the country, literally uprooting and shipping them to his personal garden. Any fictional movie with a plot like this would be considered completely bonkers, but life writes the most absurd stories, and Jashi’s film is spellbinding and infuriating. Some of the films are also available online (from Romania); you can check the list and conditions here.

Finally, there is a third documentary event close to my heart these days, for the ones who like to travel further, or for anyone reading us from Moldova. Moldox is a relatively young fest dedicated to documentaries and social change, and this year it takes place from from 8 to 12 September in Cahul, and from 17 to 19 September in Ungheni (there are shuttles available; check their site for how to get there from Chișinău). Wood and Aquarela are the highlights of the programme, but anything this passionate fest has to offer is a must; here are all films and side events in detail.

Finally, in the sea of documentary happenings, a fiction film premieres on 10 September, and since I don’t know how long it will run in cinemas (one of the great mysteries of the local theatrical distribution is that some films run for ages while others so briefly you blink and miss them), I am including it in this week's column, because Bogdan Theodor Olteanu’s Mia își ratează răzbunarea/ Mia Misses Her Revenge is the freshest, funniest release of the year. The plot is about a young actress planning her revenge on the (now ex-) boyfriend who slapped her, but the greatest joys of the film lie in its terrific acting, irreverent humour, and hilarious, sharp criticism of gender relations and (the sometimes very specifically Romanian) movie industry.