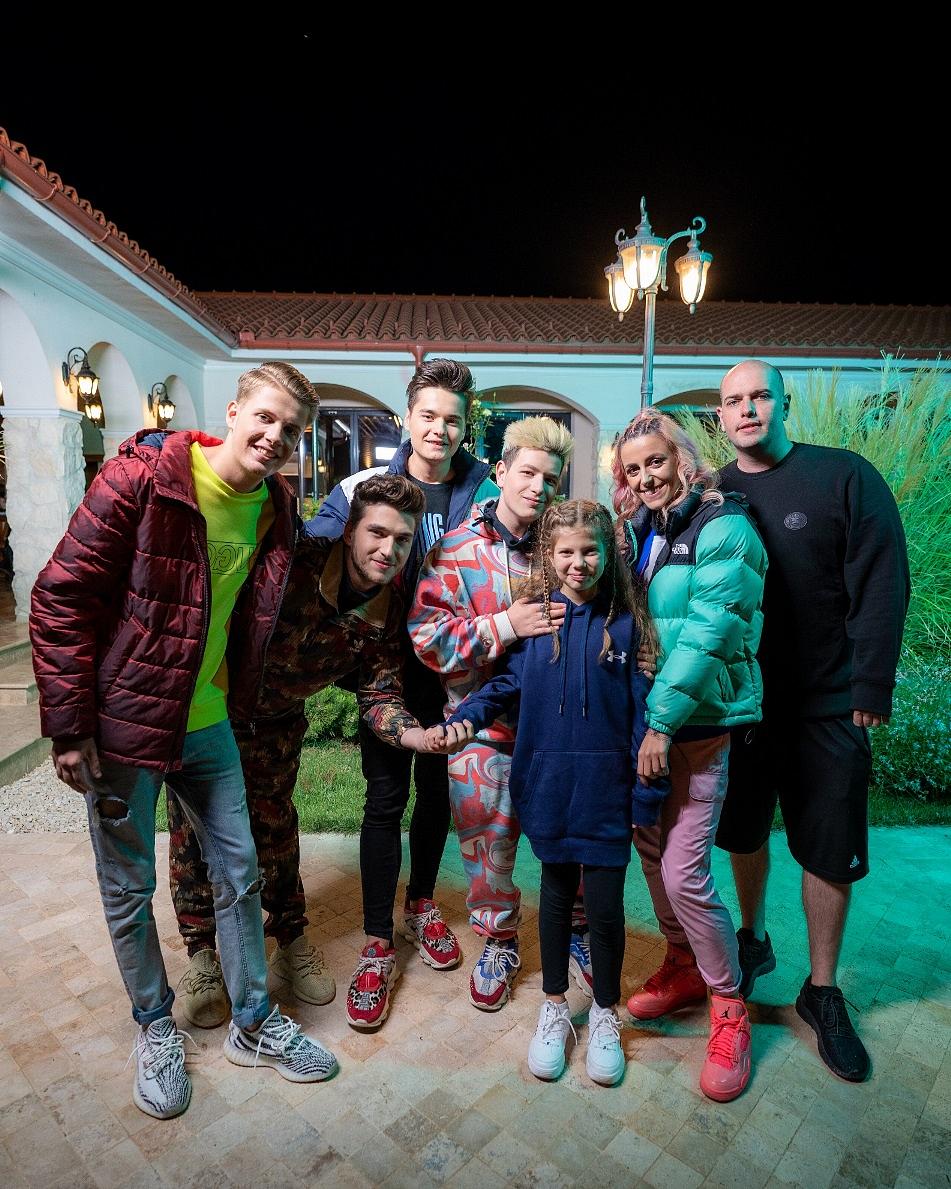 The new year features number of eagerly awaited productions, and until they start premiering (headlined by Alexander Nanau’s documentary Colectiv/Collective, about the tragic fire at the eponymous Bucharest club in October 2015 and the massive ripple of public rage it caused), here are a few thoughts on the titles currently showing.

The first one is the most successful Romanian film of the past 30 years, which is probably also the reason it’s still showing. If 5GANG: Un altfel de Crăciun/5GANG: A Different Kind of Christmas still says nothing to you, you might be in best company with anyone over the age of 20. 5GANG features Selly, an incredibly successful 19-year old vlogger and singer in real life, and now also an actor. He is joined by his band mates (5Gang is the name of their real-life band) and other real-life local celebrities. The story unfolds over Christmas (you’d be forgiven for forgetting the Christmas aspect since it’s quite random; it might as well be summertime) as Selly is kept against his will in the mansion of a local mobster, forced to entertain his spoiled daughter (a little creature of pure evil), while he has some issues to solve with his band, and also meeting a potential love interest. The action is fast and (mostly) funny, with the predictable ending paying am homage to friendship and kindness, which can solve it all (the terrible kid included). This and the film‘s absolute lack of affectation is probably the reason for its huge success, and I assume also its performers’ genuine joy of being in it (despite an obvious lack of acting experience). They make 5GANG’s flaws tolerable and with such tongue-in-cheek joy, the film seems to be continuing its deserved walk of fame.

Dragoste 2. America/Love 2. America is the second part of Florin Șerban’s Love trilogy, following Dragoste 1. Câine/Love 1. Dog. Just as its predecessor it is a two-hander with ambitious ideas but less engaging in its execution. The setting is once again a house in the woods, also housing a couple but this time it’s two lovers who must prepare for parting ways since he is to leave (probably to America). Beautifully shot and atemporal in setting and atmosphere, but pretentious and stilted, it fails to move, which, for a film on love, is a let-down.

Nostalgia dictaturii/The Nostalgia for Dictatorship is a new release that has hardly been promoted, which is curious because its topic is the much-discussed phenomenon of nostalgia for the period before 1989. The film consists mainly of talking-heads, giving voice to those who regret the former times (for the most various reasons, from affordable vacations for all to pensions paid on time), to those who disagree and mention the regime’s oppression, and some trying to explain possible reasons for such nostalgia, while finally discussing the present with its many unsolved problems, leading to mentalities and perspectives clashing and colliding. The symptom is a topical one, and it’s about time someone approached it, but the film rarely goes beyond the obvious, sadly. A more nuanced and daring take on the matter would have been welcome.

And finally, Lucian Pintilie’s classic Balanța/The Oak (1992) was launched after a restoration process and is now being shown across the country in an impressive 4K version. More than 28 years after its initial release, the story of a rebellious protagonist set in the last years of the Communist regime has lost none of its frenetic energy, clever irreverence, and mad sense of humor.

You can find all screening dates and venues at Cinemagia.ro (filtered by cities).