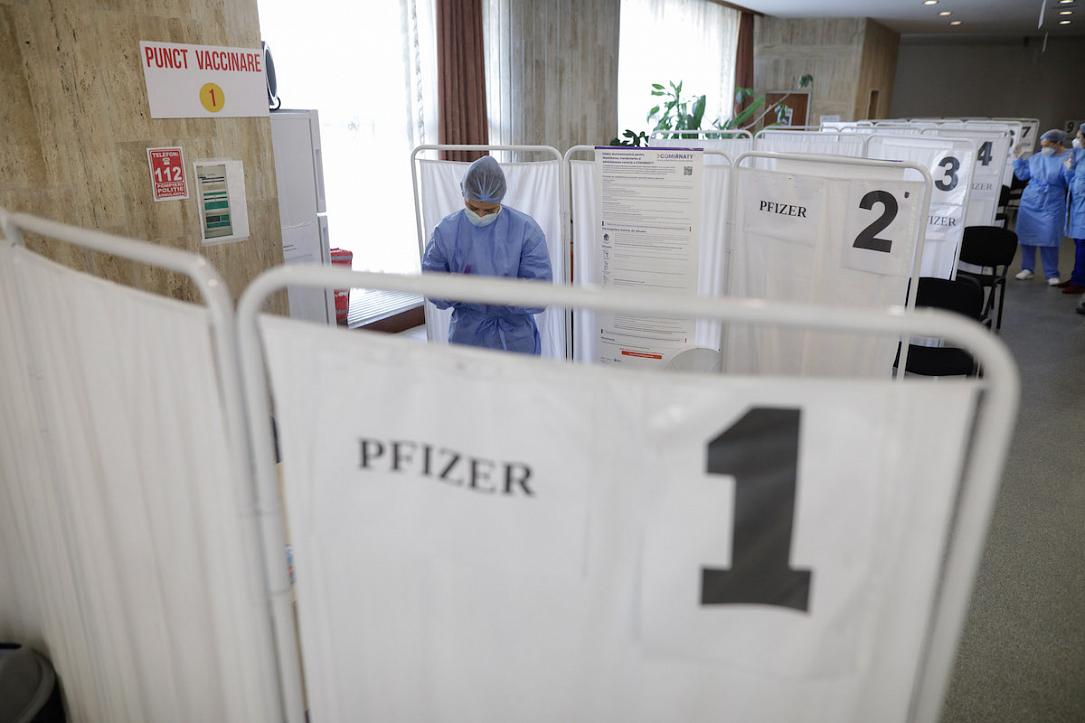 Romania’s COVID-19 vaccination campaign seems to be picking up speed again, with more than 260,000 people receiving their first dose of vaccine in the past three days. Thus, encouraged by the higher numbers, the authorities plan to gradually increase the vaccination capacity throughout the country and organize more ‘marathons’ in big cities.

Valeriu Gheorghita, the coordinator of the national vaccination campaign, announced on Sunday evening, October 24, that more than 360,000 doses of COVID-19 vaccine were administered in Romania in the last three days, and most of them were first doses.

“The entire country participated in a vaccination marathon in the last few days, with more than 360,000 doses administered nationwide in the past 72 hours. Over 260,000 people received their first dose, which is almost half the number of people vaccinated with dose 1 in the last four weeks,” Valeriu Gheorghita said, according to Hotnews.ro.

According to Gheorghita, more than 40% of the adult population in Romania has received at least one COVID-19 vaccine dose so far, and the authorities want to increase the rate to 70% in the coming weeks.

The day before, on October 23, mayor Emil Boc said that Cluj-Napoca may be the city with the highest vaccination rate in the country.

“Cluj-Napoca: The vaccination rate reached 56%, probably the highest in Romania. Congratulations, dear people of Cluj! […] Between October 18-21, 16,485 people from Cluj were vaccinated, of which 8,307 with the first dose,” Boc said in a Facebook post.

According to the official report, more than 6.41 million people received a COVID-19 vaccine in Romania by October 24, and most of them (5.92 million) were fully vaccinated. Over 700,000 got the third dose so far.

Bucharest hosted a ‘vaccination marathon’ over the weekend and, according to official numbers, the event was quite successful: over 30,500 people vaccinated in six centres by Sunday evening. The event ended on Monday morning, but the authorities had already announced other ‘marathons.’

Valeriu Gheorghita said, for example, that ‘vaccination marathons’ would be held in Bucharest every weekend until the end of the year. A similar event will also take place in Ploiesti this weekend (October 29-31), at the city’s lie Oana Stadium (more details here).

Plus, to mark the Day of the Romanian Army, the Ministry of National Defense also organizes a two-day ‘vaccination marathon’ on Monday and Tuesday. Thus, those who want to receive a COVID-19 vaccine can go to the military hospitals in Iasi, Cluj-Napoca, Constanta, Craiova, Brasov, and Timisoara (further details here).

At these ‘marathons,’ vaccination is open 24/7 without a prior appointment for all eligible categories (12+). People can get their first, second, or third dose at these events.

The study was conducted between February and May 2021, when the Alpha variant of the virus was dominant in Romania.