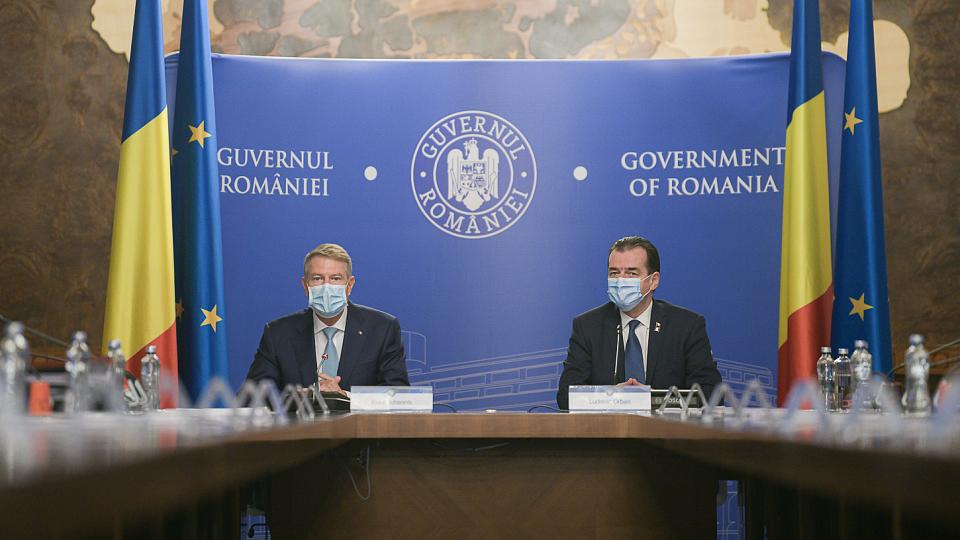 Update 2: Romania's Government adopted a decision and an emergency ordinance enforcing new restrictions throughout the country as of Monday, November 9. The new measures are the equivalent of a soft lockdown and will apply in the next 30 days. Thus, schools and kindergartens will be closed throughout the country and masks will be mandatory in all public spaces (indoor and outdoor). People's movement will be restricted during the night (23:00 to 5:00) with some exceptions. Shops and large stores will close at 21:00. Parties of all kinds will be banned. "We are not talking here about members of the same family who meet at home, but parties, celebrations, name-day parties will be banned to reduce contact and limit mobility," said Raed Arafat, head of the National Committee for Emergency Situations (CNSU), quoted by Agerpres.

Update 1: The National Committee for Emergency Situations (CNSU) included all the measures the president announced on Thursday evening in a decision on Friday morning, November 6. The CNSU's decision confirms that all schools, kindergartens, and even nurseries will be closed in Romania in the next 30 days. Masks will be mandatory throughout the country in indoor and outdoor public spaces. The nighttime movement will be restricted between 23:00 and 5:00. The CNSU's decision must also be approved by the Government to start producing effects.

Romania’s president Klaus Iohannis went to the Government meeting on Thursday evening, November 5, to announce new restrictions that the authorities will enforce in the country to try and stop the accelerated growth in new COVID-19 infection cases. Tighter measures are needed, the president said. Still, he added that the economic activities must continue and the general elections must take place on time (on December 6).

“The measures taken so far are no longer enough. New measures are needed countrywide. All schools must switch to online learning. Public and private employees must work remotely wherever this is possible. Stores must close no later than nine in the evening. Night-time movement must be restricted, parties - banned, fairs and markets - closed. Wearing sasks must become mandatory throughout the country both in public spaces and in workplaces,” president Iohannis said in the press briefing at the beginning of the Government meeting.

Companies and public authorities must also phase their working hours so that the number of people using public transport at the same time goes down. “We want economic activities to continue, we don’t want to close the economy. We want measures that protect the people but also allow the economy to function,” Iohannis added.

He also stressed that the general elections must take place in December, despite the difficult context, and gave the example of the US presidential elections that were held on time, despite the challenges. “Democracy cannot be bracketed, democracy must be guaranteed and democracy is guaranteed by free elections and strong nations are committed to democratic elections even in times of crisis,” the president said.

The new restrictions announced by the president will be included by the Government in a new decision that will likely be enforced starting Monday, said prime minister Ludovic Orban.