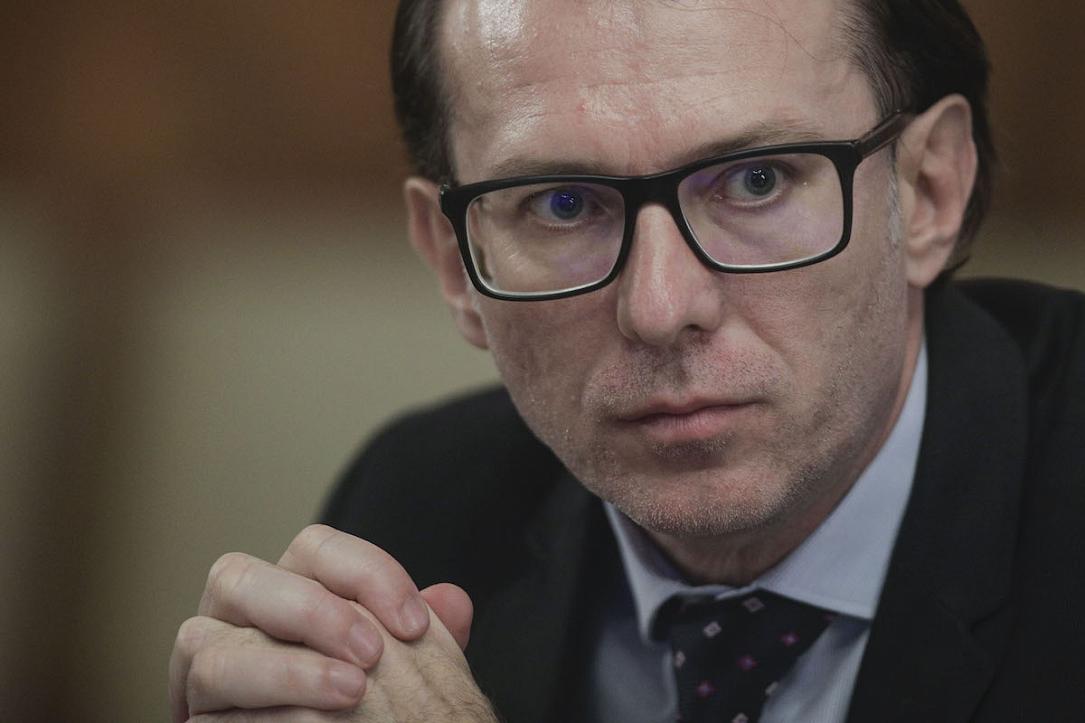 Romania’s real budget deficit today is over 4% of GDP, new finance minister Florin Cîţu said in his first press conference on Thursday, November 14. He added that the situation of the country's finances, which he took over from the Social Democrat Government of Viorica Dancila, is much worse than expected and that the previous Government hid this situation by using two budgets, like notorious gangster Al Capone.

“Romania's economy has been managed with two budgets, in the last three years. A budget was presented to the Parliament, and a second budget, with real information, was used to finance the local barons. Exactly the method used by Al Capone, who had a registry for the tax agency and a registry for him,” Cîţu said, quoted by News.ro.

He said he looked into the real data and discussed the situation with representatives of the European Commission and international financial bodies.

“Almost everything I found here exceeded the most pessimistic expectations,” said the finance minister. “The real situation was not known or anticipated by international partners,” he stressed. Cîţu said he would notify the competent institution about this situation.

“Everything was premeditated. In the last three years, the fundamentals of the Romanian economy have been affected,” he said. He also explained how the Social Democratic Party (PSD) used the state budget in its own interest by budget amendments.

Unless corrective measures are taken the public deficit will exceed 4% of GDP this year, finance minister Florin Cîţu also said in his press conference. The deficit reached 2.84% of GDP at the end of October, as the budget revenues are some RON 21 billion (EUR 4.4 bln) under plan, but the Government also has significant unpaid bills.

There are some RON 11 billion (EUR 2.3 bln, some 1% of GDP) in unpaid taxes and, maybe, part of it can be collected quickly, while the remaining RON 10 billion (EUR 2.1 bln) are EU funds that haven’t been drawn and PSD never planned to draw them, he said.

Of the uncollected taxes, RON 2 bln (EUR 420 mln) accounts for the social security contributions not disbursed by companies on the behalf of the employees, as provisioned under the revised income taxation regulations. Meanwhile, the deficit of the public pension system reached RON 2.9 bln (EUR 610 mln) in January - October, the finance minister also informed, accusing former Government of targeting unrealistic surplus for the whole year.

On the expenses side, the Government has postponed some payments. The state has to repay RON 4 billion (EUR 840 million) worth of VAT to companies. The National Health Insurance House – CNAS also has to disburse RON 1.8 billion (EUR 378 mln) to companies for medical leaves, but the CNAS director is on a sick leave himself. The Government also has to pay bills to the companies that have worked on projects under the National Program for Local Development (PNDL).

“It is not the fault of private companies that we had a Government that stole public money. There is no problem, if the invoices are OK, we will pay the bills,” the finance minister stressed.