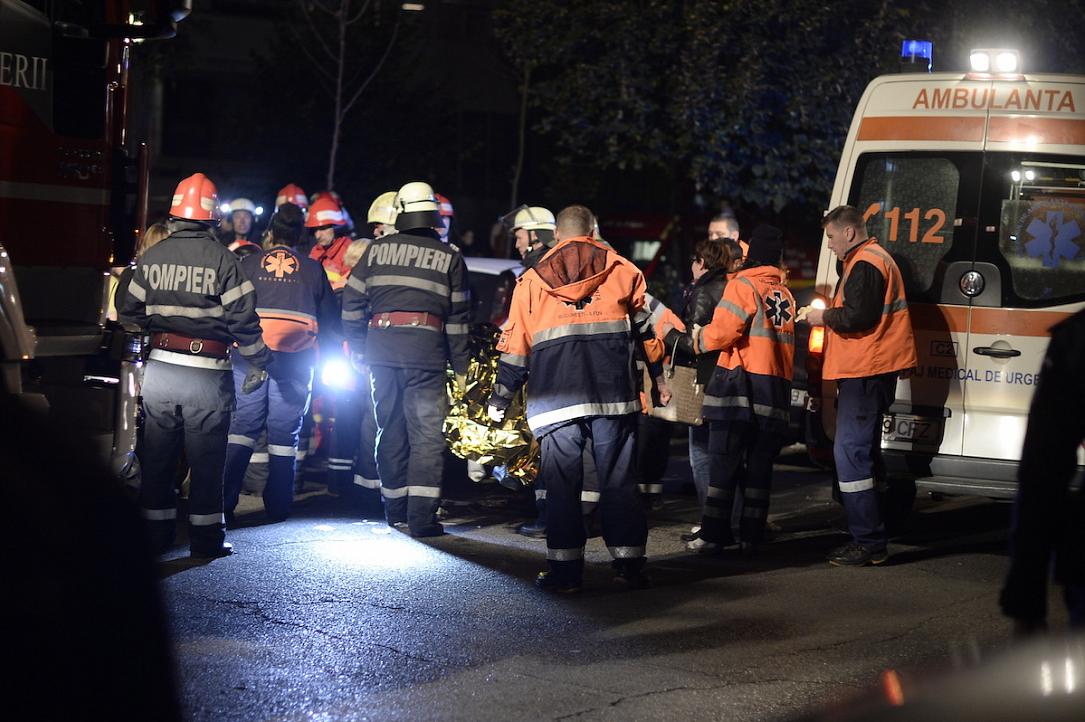 A 20-minute video showing the uncoordinated intervention of the firefighters in the Colectiv club tragedy, which has been kept hidden even from the authorities and prosecutors investigating the case, was leaked to the media four years after the tragedy. Tabloid newspaper Libertatea announced it received the footage from an officer of the Emergency Situations Inspectorate (ISU), whose identity has been kept confidential, and made it public at 10:30 today.

However, in the Colectiv fire case, the video of the intervention was only seen by a handful of higher-rank officers, who decided to hide it as it showed chaos, lack of organization and even lack of preoccupation for the victims, a totally different image than the official one presented by the head of the Emergency Situations Department (DSU) Raed Arafat on the night of the tragedy, the officer told Libertatea.ro.

The video shows mainly civilians helping the victims while policemen and firefighters seem overwhelmed by the situation. A short clipping is available here.

The Colectiv club in Bucharest burned down on October 30, 2015, during a concert by local rock band Goodbye to Gravity. Hundreds of people were in the club that night, of whom 27 lost their lives in the fire and over 30 others died in the following weeks due to the burns or respiratory problems caused by the smoke.

The tragedy led to massive street protests and the fall of the Government led by Victor Ponta, which was replaced with a technocrat cabinet led by Dacian Ciolos. The new Government's Control Body made a report on the Colectiv club intervention which pretty much reaches the same conclusion, namely that the intervention was poorly coordinated and the authorities improvised. The Control Body didn't see the video either.

DSU head Raed Arafat harshly criticized the report at that time calling those who made it amateurs and asking them to rewrite it, according to Libertatea.

Raed Arafat wrote on Facebook that he is the target of a denigration campaign by Libertatea and journalist Catalin Tolontan. He claims he doesn't know anything about this video and that he never received a CV with the video as Libertatea wrote. Arafat posted this during the night, several hours before Libertatea released the video.

The General Inspectorate for Emergency Situations (IGSU) organized a press conference on Thursday after Libertatea released the video with the intervention in the Colectiv fire. IGSU officials said there was never a discussion to hide the video but that nobody ever specifically asked to see it, according to Libertatea.

Meanwhile, the prosecutors who investigated the Colectiv case said they weren't aware that such a vide existed and, after it appeared in the media, asked the IGSU to provide it, according to Hotnews.ro. Six individuals, including the Colectiv club owners and former District 4 mayor Cristian Popescu Piedone, and two legal entities were sent to court in the Colectiv case, in April 2016. The trial is still ongoing.

In November 2016, parents of the victims in the Colectiv tragedy filed a criminal complaint against the authorities for the way they handled the emergency intervention on the night of the fire and the medical assistence offered to the victims afterwards, as over 30 of the victims who walked out of the fire alive died later, many of them due to hospital infections. The prosecutors haven't completed their investigation on this matter and nobody has been charged yet.