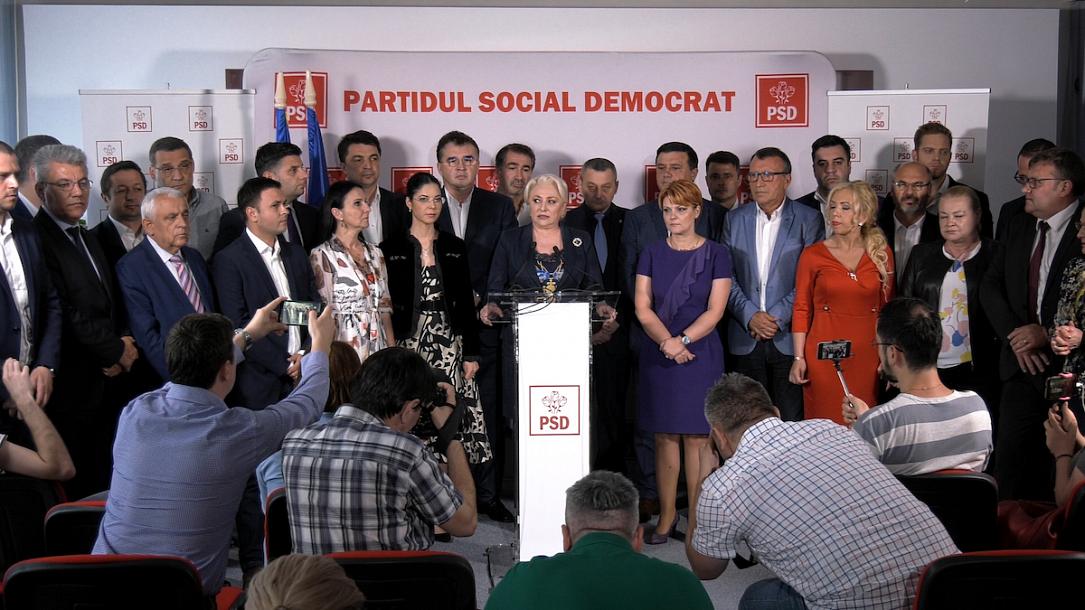 The ruling Social Democratic Party (PSD) organized a meeting of its Executive Committee on Tuesday evening, May 28, as it needed to make some important decisions after it lost the elections for the European Parliament and its president Liviu Dragnea was sentenced to prison. The Social Democrats announced after the meeting that they would make some changes in the party and also nominated new ministers for the Justice, Diaspora and EU Funds ministries after the president rejected the previous proposals.

Thus, Ana Birchall was nominated for the position of justice minister, Roxana Manzatu is the party’s nomination for the seat of EU Funds minister, and Natalia Intotero is the proposal for the Diaspora Ministry, according to the announcement made by prime minister Viorica Dancila, who also took over as interim leader of PSD after Liviu Dragnea was sentenced to prison for corruption. Meanwhile, Titus Corlatean is to replace Ana Birchall as deputy prime minister, News.ro reported.

Codrin Stefanescu, one of the biggest supporters of Liviu Dragnea, will no longer be PSD’s secretary general, as the Executive Committee decided to replace him with Rodica Nassar, Viorica Dancila also said. Meanwhile, Paul Stanescu, an opponent of Liviu Dragnea, was appointed interim executive president.

Moreover, Bucharest mayor Gabriela Firea announced that she would return in PSD’s leadership structures. Firea has been sidelined last autumn after a political war with former party president Liviu Dragnea, which in the end cost her and other members their positions within PSD or even their PSD membership.

“We discussed the European Parliament elections and made important decisions. As I said earlier today, it’s important for us to stay united, to understand what we did wrong, it is important to get together and unite our forces to move on. Gabriela Firea was voted interim president of PSD Bucharest. She was voted vice-president of PSD. We had discussions on supporting Dan Nica as the leader of the PSD MEPs,” Viorica Dancila said after the Executive Committee’s meeting.

The Social Democrats also decided to support MP Marcel Ciolacu for the position of president of the Chamber of Deputies, a position previously held by Liviu Dragnea.