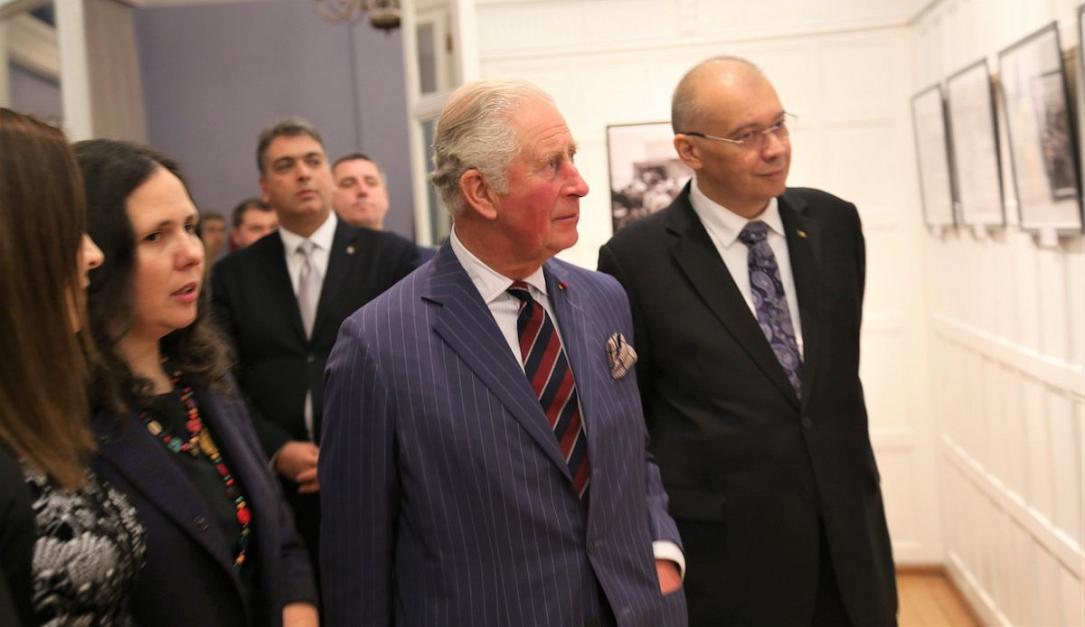 His Royal Highness Charles, Prince of Wales and Romania’s ambassador to Great Britain Dan Mihalache opened on Thursday, December 12, in London, a photo exhibition dedicated to the 1989 Revolution in Romania, which marked the end of the communist regime in the country.

The exhibition “Apertures of a Revolution” is open at the Romanian Cultural Institute in London. It tells the story of the Romanian Revolution, using photos taken 30 years ago in Timisoara and Bucharest.

Romanian ambassador Dan Mihalache thanked the Prince of Wales for the high honour of celebrating together with the Romanian people the exceptional moments of courage, in the pursuit of freedom, of December 1989, according to ICR London.  Meanwhile, during the event, the Prince of Wales spoke about his affection for Romania, recalling that one of his great-grandparents is from Transylvania, according to local Europafm.ro.

Prince Charles also received a photo from the exhibition, depicting participants in the revolution holding a sign that reads „Our children will be free.”