Outdoor entertainment options to try in Bucharest this summer 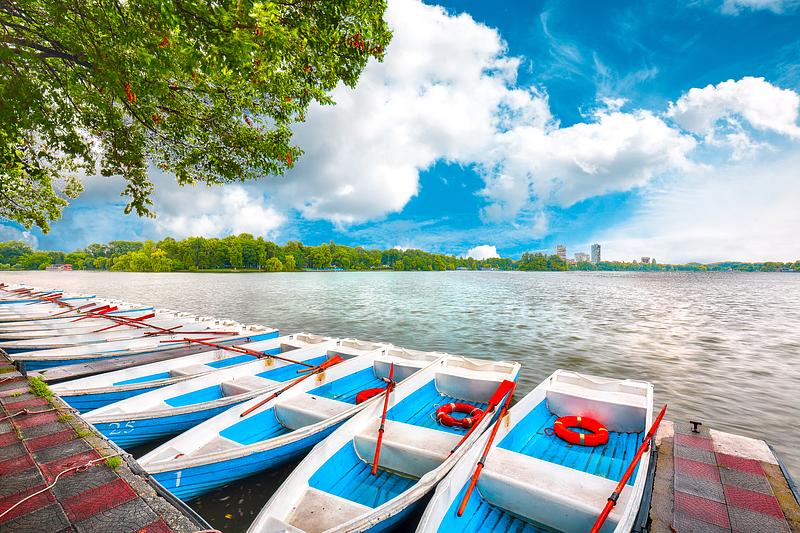 As the pandemic has impacted the summer travel season, staycations have become an option for many. And spending some time outdoors a priority. The capital Bucharest has its options, from outdoor cultural events to nature spots. Some suggestions below.

Starting June 15, the Bucharest National Theater (TNB) reopened its amphitheater. The venue, located on the rooftop of the TNB building, can host open-air performances, and an audience of 300 people. Because of the current coronavirus restrictions, only 60 tickets will go on sale, TNB announced. This summer's program includes independent productions, concerts, film screenings, and many other cultural events. The schedule for the month of June is listed here. Those attending events here need to wear a mask and follow the social distancing rules, in addition to other rules and measures currently enforced by public institutions.

Spend the evening at a film or a concert

The Film Garden – Cinema & More, located in the city's Alexandru Lahovari Square, reopens on June 24 and will welcome the public until September 13. The venue hosts various film screenings, many of them free of charge, but also concerts, debates, theater performance, or stand-up comedy shows. The upcoming program includes Romanian and European films, music-themed documentaries as well as dance-themed features. Updates on the program and the sanitary rules for attendees are available here.

Go on a village trip

Dimitrie Gusti Village Museum in Bucharest is one of the best sites to visit in the capital during summer, even more so when indoor venues restrict the number of participants. The museum hosts a wealth of rural households brought from all corners of the country as well as other types of architecture, offering visitors the opportunity to learn plenty about the local culture. Various events and workshops are held here, which are great opportunities to see artisans at work or purchase their products.

Spend some time in the city's parks

Bucharest has some great parks, spread across its neighborhoods. One of the oldest and largest ones is Herăstrău, in the northern part of the capital. Its Expoflora area, spreading on some 15 hectares, puts on a show of colors every spring and summer, while the Island of the Roses makes for an excellent promenade area. The Japanese Garden is also worth a visit, and there are also boat rides to try on the lake.

Relatively close to the city center, those looking to spend some time outdoors can find Văcărești Nature Park, a spot nature reclaimed. It is an excellent place for bird-watching or simply for a walk on the marked trails. Alternatively, another great spot to reconnect with nature is the Botanical Garden, in the Cotroceni neighborhood, one of the oldest and most beautiful of the city.

Go on a photo tour

Bucharest is a mix of architectural styles, and if its dormitory neighborhood can be a bit uniform, the downtown areas are a delight to discover. The Old Town, the former Jewish Quarter, the Armenian Quarter, are all remnants of the city's yesterdays and hide unexpected architectural treasures. Furthermore, starting this summer, several streets in the city are closed for cars during the weekend, offering the perfect opportunity to wander about in search of that special op. Among the arteries that are open to pedestrians is Calea Victoriei, one of the city's oldest streets and an open-air museum of elegant villas and palaces, with several notable museums among them.